In his address, Representative Bawa Kelsang Gyaltsen talked about the objectives of organising the conference and offered ceremonial Tibetan scarves Khatag to the University’s Principal and the new Chair, Vice Chair, and Secretary of the University’s new Tibetan Buddhist Research center.

Khenpo Tsewang Rigzin from Global Tibetan Buddhist Research Center, along with Gonpo Rinpoche from Non-Sectarian initiative for world peace, and Gelongma Tuo Ho from Hsuan Chuang University also spoke at the inaugural session of the conference.

Jonang Gyaltsab Rinpoche who was the special guest at the inaugural session of the conference also addressed the conference. Hashen Rinpoche and Khenpo Ngodup Gyatso spoke in Tibetan about the threefold Buddhist concept of subject, object and action.

As the conference began, Lobsang Jamchen, a Taiwanese monk studying at Gaden Jangtse monastery, spoke about the dissemination of Buddhism from India to China and Tibet, and how Buddhism slowly diminished in prominence from China and gained strength in Tibet.

Jamyang Rinchen, the official Chinese translator of His Holiness the Dalai Lama, spoke on the topic ‘methods of reasoning and how to overcome suffering’.

In the third session of the conference, Lotsawa Lobsang Jamchen presented a video on the use of terminologies in Buddhist dialectics and gave a brief talk on his experience of studying at Gaden Monastery in South India.

Although the conference was held at Hsuang Chuang University which is located at a remote and not easily accessible area, the conference was attended by a large number of participants totalling over 300 people. The conference was welcomed with great appreciation and was also broadcast live across Mainland China, as well as Malaysia, and Australia. The books related to the conference was printed by the Office of Tibet, Taiwan, and distributed free of cost.

Report filed in Tibetan by Office of Tibet, Taiwan 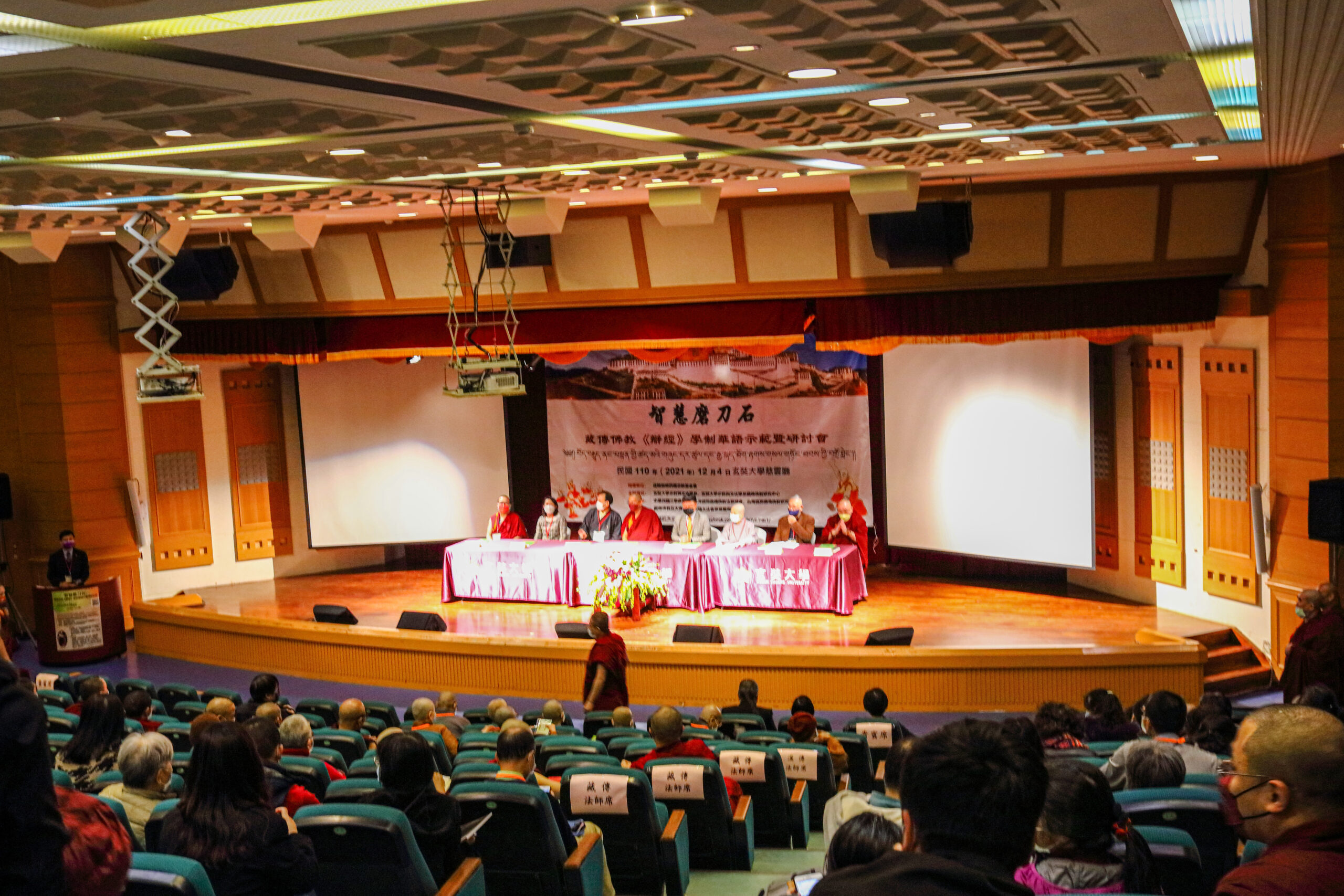 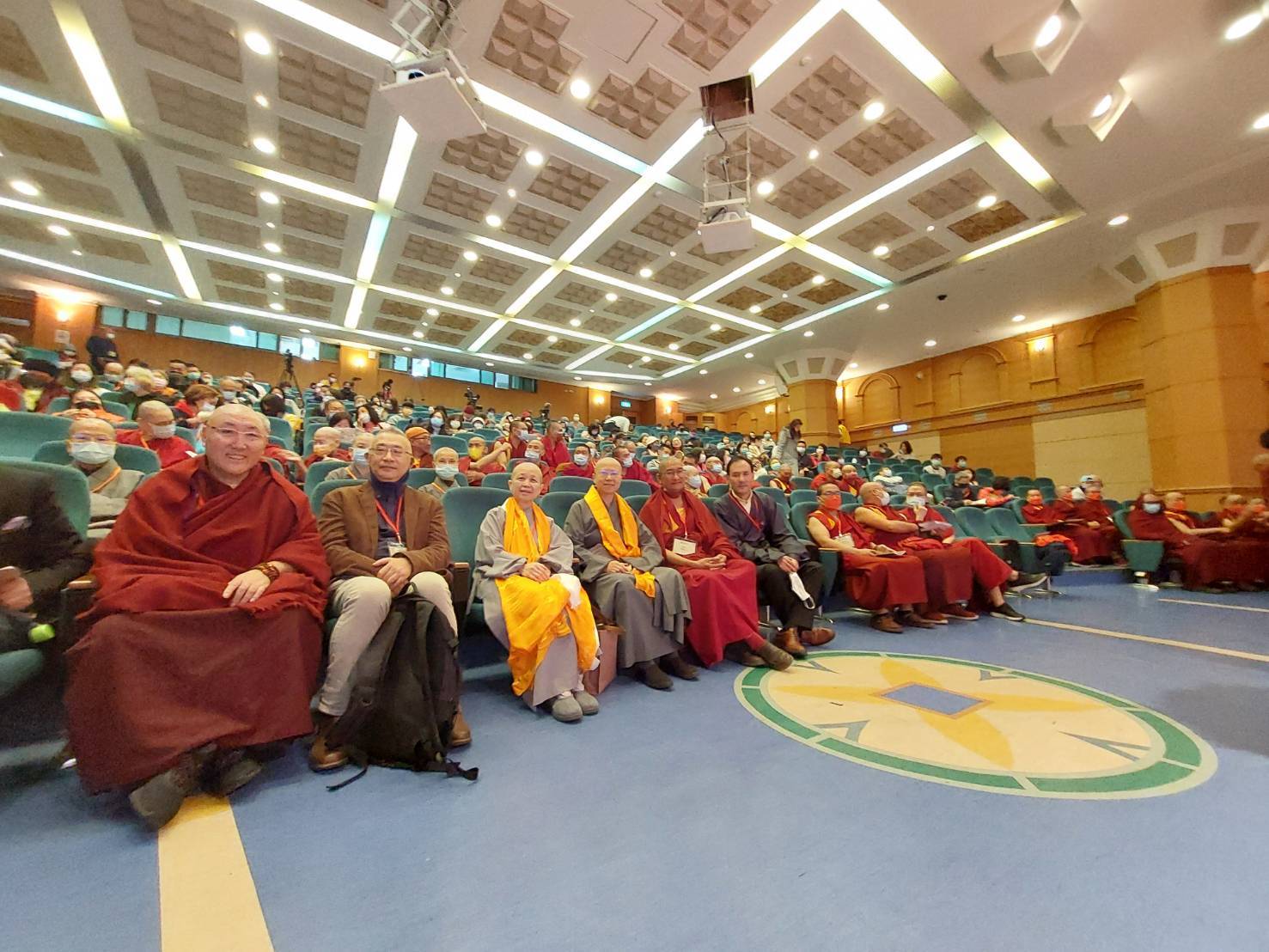 Participants of the daylong conference of Root philosophy and logic at Hsuan Chuang University. 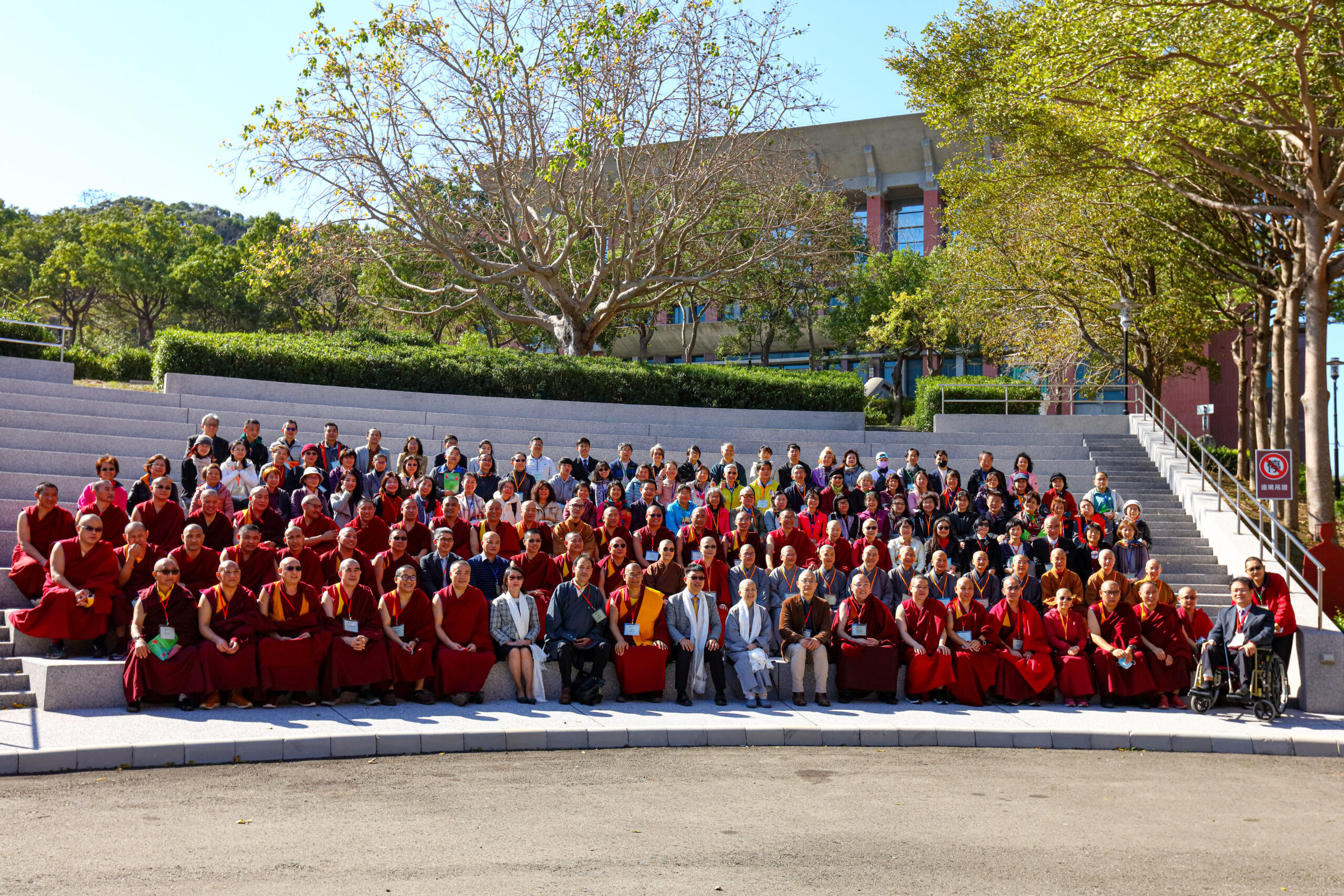 Group photo of the participants and speakers of the conference, 4 December 2021.