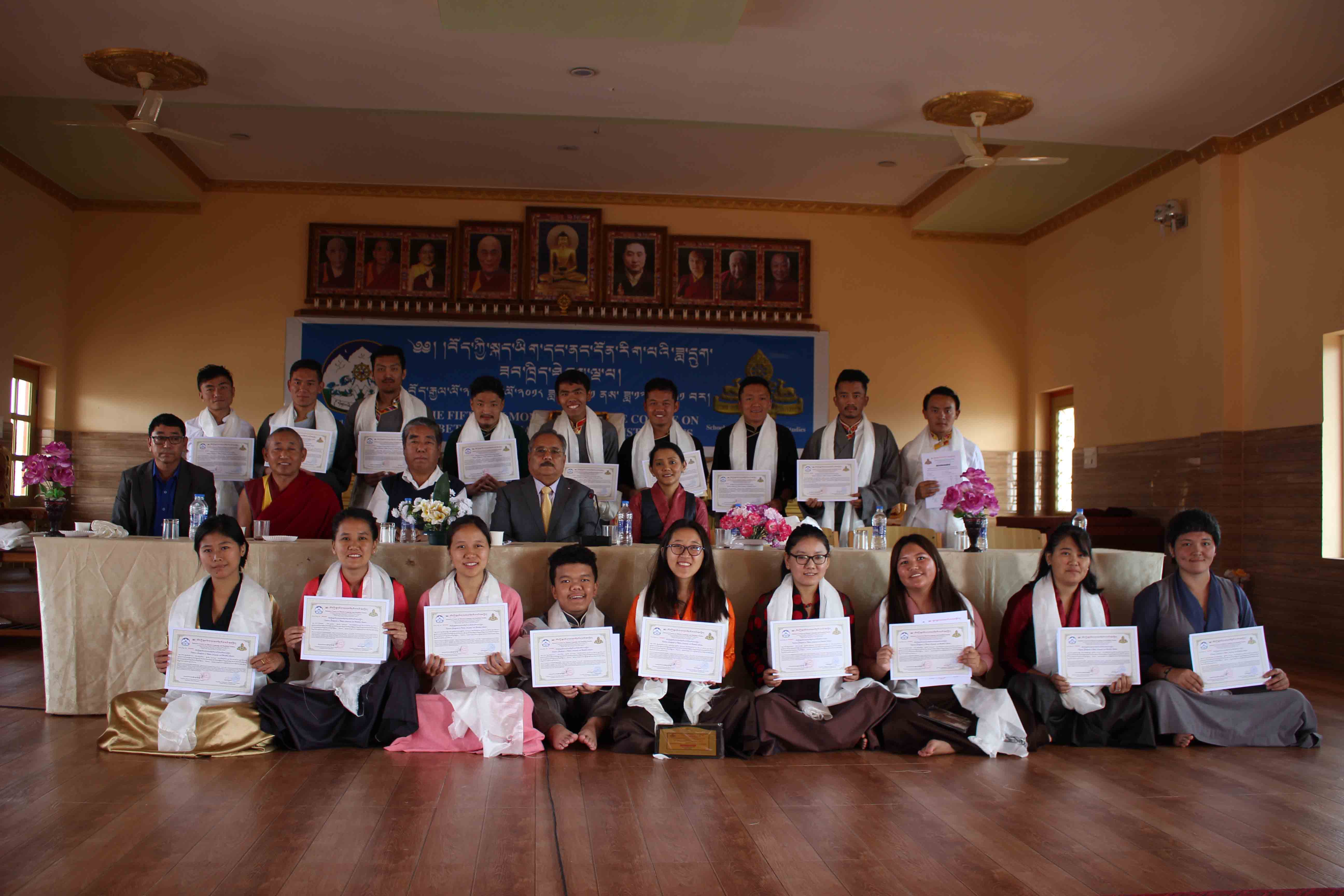 -Report filed by Department of Religion-

The closing ceremony of the six-month intensive course was attended by Mingyur Dorjee, Member of Tibetan Parliament-in-Exile and Lhakpa Dolma, settlement officer of Rabgyeling Tibetan settlement, Hunsur. In their addresses, they spoke about the importance of preserving Tibet’s rich religious, cultural and linguistic heritage.

The workshop was attended by 18 students from a different part of India.

The six-month course, from July to December, primarily focus on basic Tibetan grammar, Tibetan religious history, Buddhist dialectics, Buddhist philosophy, etc. The participants were also given a course-completion certificate after clearing a test at the end of the programme.

Over the last five years, a total of more than 60 students have benefitted from this six-month course.

The Snowland school for Tibetan studies was formally inaugurated on 7 December 2011. It was established after His His Holiness the Dalai Lama’s recommendation during his visit to Gyudmey monastery in 2007, to begin a school specially designed to meet the needs of students wishing to study Buddhism and Tibetan culture in India.