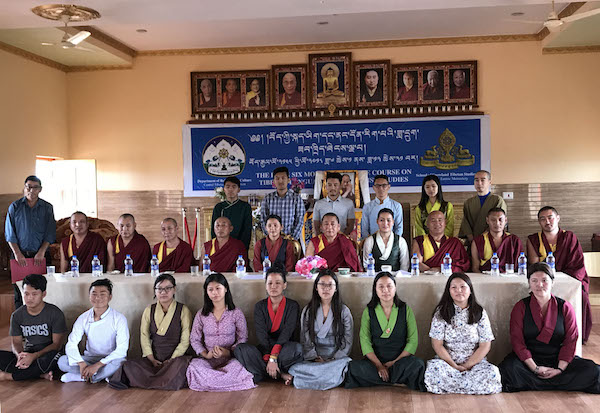 HUNSUR: The Fifth Six month course on Tibetan language and Buddhist studies jointly organised by the Department of Religion and Culture, and Snowland school of Gyumey monastery based in Hunsur, Karnataka, began today, 1 July 2018.

The Department of Religion and Culture was represented by Tenzin Dhadon who is the dealing officer regarding the six-month course on Tibetan language and Buddhist studies. She spoke about the department’s aims and objectives of the project. She also introduced the students taking part in this year’s course.

Following the inaugural session, the students were given a brief introduction on Gyurmey monastery. In the afternoon, the rules and regulations regarding the course were explained to the students.

The six-month intensive workshop enables Tibetan students to learn Tibetan Buddhist philosophy in-depth as a branch of science and the five major treatises of Tibetan Buddhism and Tibetan grammar, prose and poetry. It also focused on the preservation of Tibet’s rich religious and cultural heritage as envisioned by His Holiness the Dalai Lama.

Over the last five years, a total of 60 students have benefitted from this six month course.

The Snowland school for Tibetan studies was formally inaugurated on 7 December 2011. It was established after His His Holiness the Dalai Lama’s recommendation during his visit to Gyudmey monastery in 2007, to begin a school specially designed to meet the needs of students wishing to study Buddhism and Tibetan culture in India. 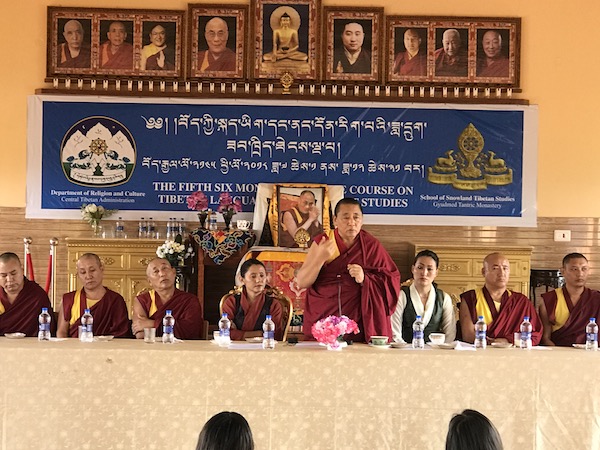 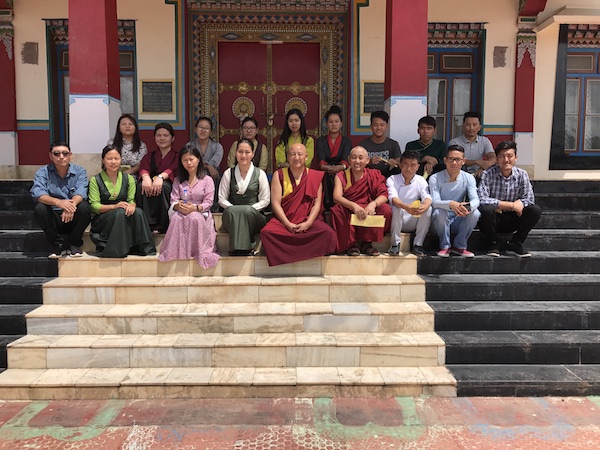