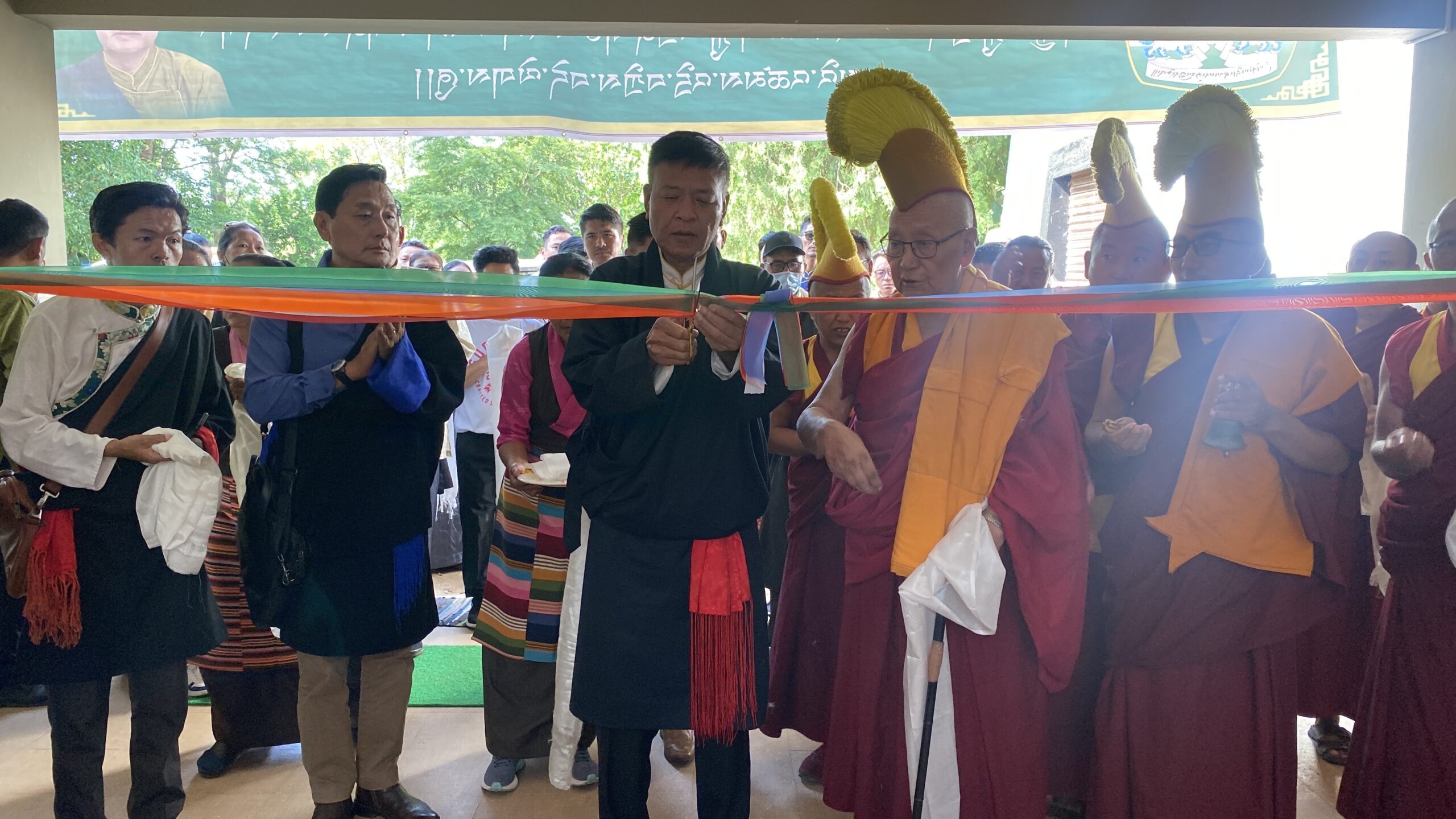 Kollegal: Sikyong Penpa Tsering of the Central Tibetan Administration (CTA) whose visit to five Southern Tibetan settlements is underway reached Dhondenling Kollegal settlement in the early morning of Monday, 6 June. His arrival was warmly welcomed by settlement officer Gelek Jugney led president of Local Tibetan Assembly, representatives of various associations and the members of the community.

As per Sikyong’s customary to auspiciously mark the beginning of official engagements, he visited and offered prayers at all 8 monasteries of the settlements followed by an interactive visit to each of 22 camps under the jurisdiction of the Home Department, CTA.

Shortly after assuming the office, Sikyong stated his commitment to visit and meet members of Tibetan community in exile at least twice during his tenure. As such, he embarked on his first official trip to Ladakh followed by a visit to around 25 settlements including schools and monastic institutions. He wasn’t only visiting those settlements as the Sikyong but also as the incumbent Kalons of the remaining four departments to which Kalons are yet to be appointed.

In his public address at Kollegal, Sikyong declared the unfaltering commitment of the 16th Kashag to forging unity within the community and strengthening the connection between both.

He tributes His Holiness the Dalai Lama in acknowledgement of the latter’s extensive and profound legacy emphasising especially His Holiness’ gift of democracy conferred to the Tibetan people which has further enabled the constitution of full-fledged administration in exile whose competency has inspired the likes of the exiled government such as Uyghurs.

Sikyong also acknowledged in commend the hard work and contributions of the elder generations for capacitating the sustenance of Tibetan community while keeping intact the unity and national identity of Tibet. To the awareness of the public, he explained the dual objectives of the 16th Kashag – resolving the Sino-Tibet conflict and mitigating the welfare concerns and challenges in exile. As in the former, Sikyong highlighted firm abidance of the Kashag in Middle Way Approach as its fundamental political stand, however, he noted requisites of different techniques to bring about hopeful results.

“China wants to have the world legitimise its occupation of Tibet through its self serving fabricated narrative which must be straightened out through presentation of factual evidence of Tibet’s history,” Sikyong remarked as he went on to suggest Michael Van Walt’s Tibet Brief 20/20. Through decades of active research and collaborations with scholars around the world in understanding the inner and East Asian history, the book presents an imperative understanding of Tibet’s history that at no point in history was Tibet legally a part of China except it being an occupied state now.

“Examining the reality of Tibet’s history is extremely vital and beneficial for the Resumption of Sino-Tibetan dialogue” Sikyong added. With regard to resuming the impending Sino-Tibetan dialogue, Sikyong explained the constitution of Permanent Strategy Committee headed by Sikyong led relevant senior CTA officials whose expertise in political advocacy will render necessary guidance. Another political endeavour undertaken by the present Kashag was the establishment of V-TAG prioritising the cruciality of youth leadership in pushing advocacy to another level.

As for mitigating welfare challenges in exile, Sikyong said the administration will strive to prioritise the crucial needs first which is to allocate housing for 1999 families yet to be rehabilitated and said consolidated effort was required to satisfy less substantial welfare requirements. In this endeavour, he requested public to donate un-utilised and untended land keeping in view public interest over personal.

Throughout his public talk at Bylakuppe, Hunsur and Kollegal, Sikyong emphasised the key endeavour of the Kashag to implement a demographic survey of Tibetans in exile, the master list of which will be used as credentials for the electoral process and implementation of future projects and thus urged mandatory participation of the public. In conclusion, Sikyong called for concerted efforts in forging national unity and dissuaded becoming a tool of China’s propaganda activities. He urged constructive engagements in political discourse.

The day before public address, Sikyong interacted with residents of all 22 camps majorly assessing their concerns, He visited a settlement hospital, Mentseekhang, construction site of a new shopping complex, and various NGOs to name a few. He also inaugurated the newly renovated old age home, guest house, and community hall of the settlement.

After concluding official engagements in Kollegal, Sikyong stopped by for an interactive session with Mysore based Tibetan students at the Tibetan Community Centre where he promised the youth of Kashag’s endeavour to facilitate training of skilled labours given its shortages in the community. 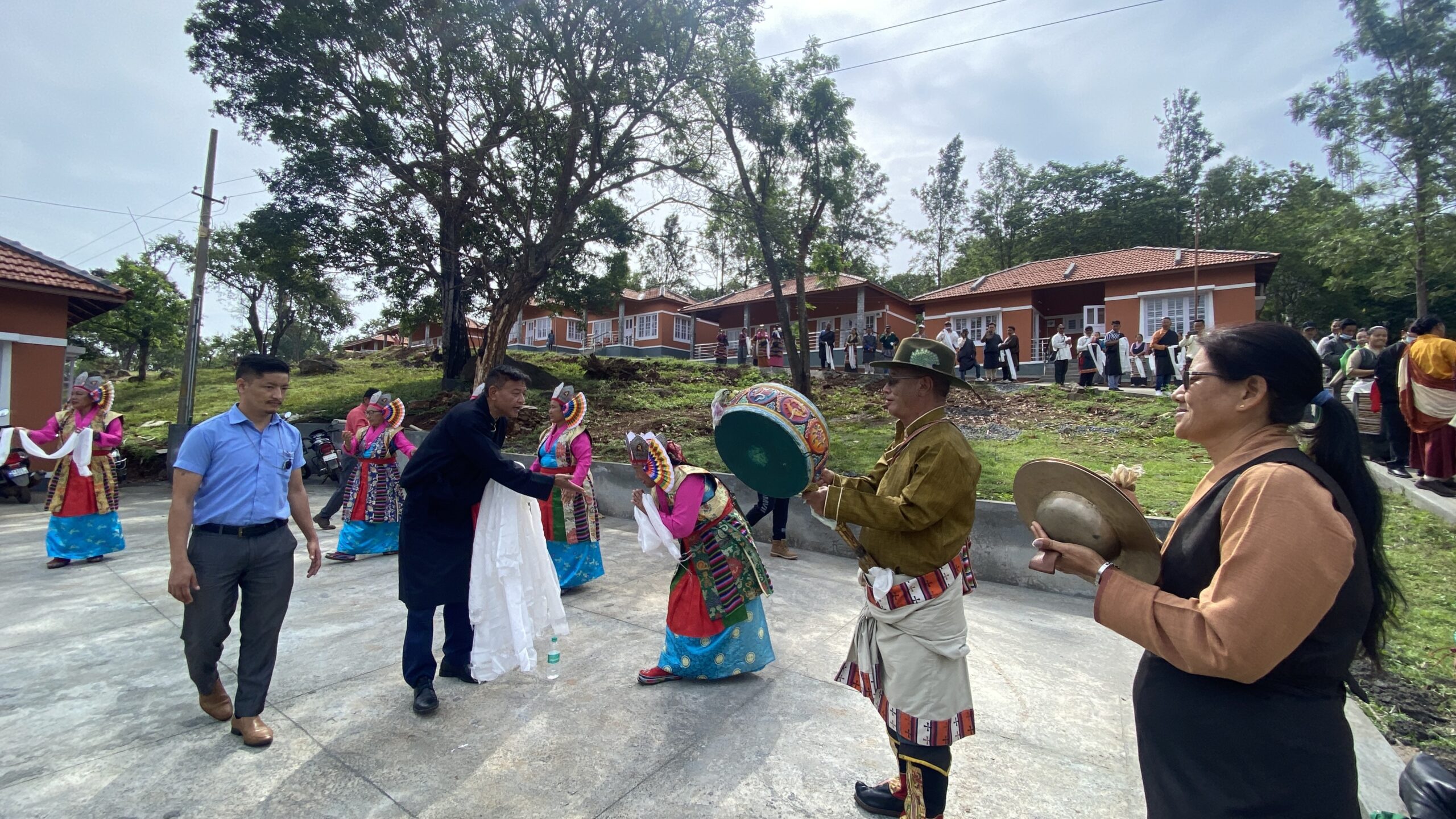 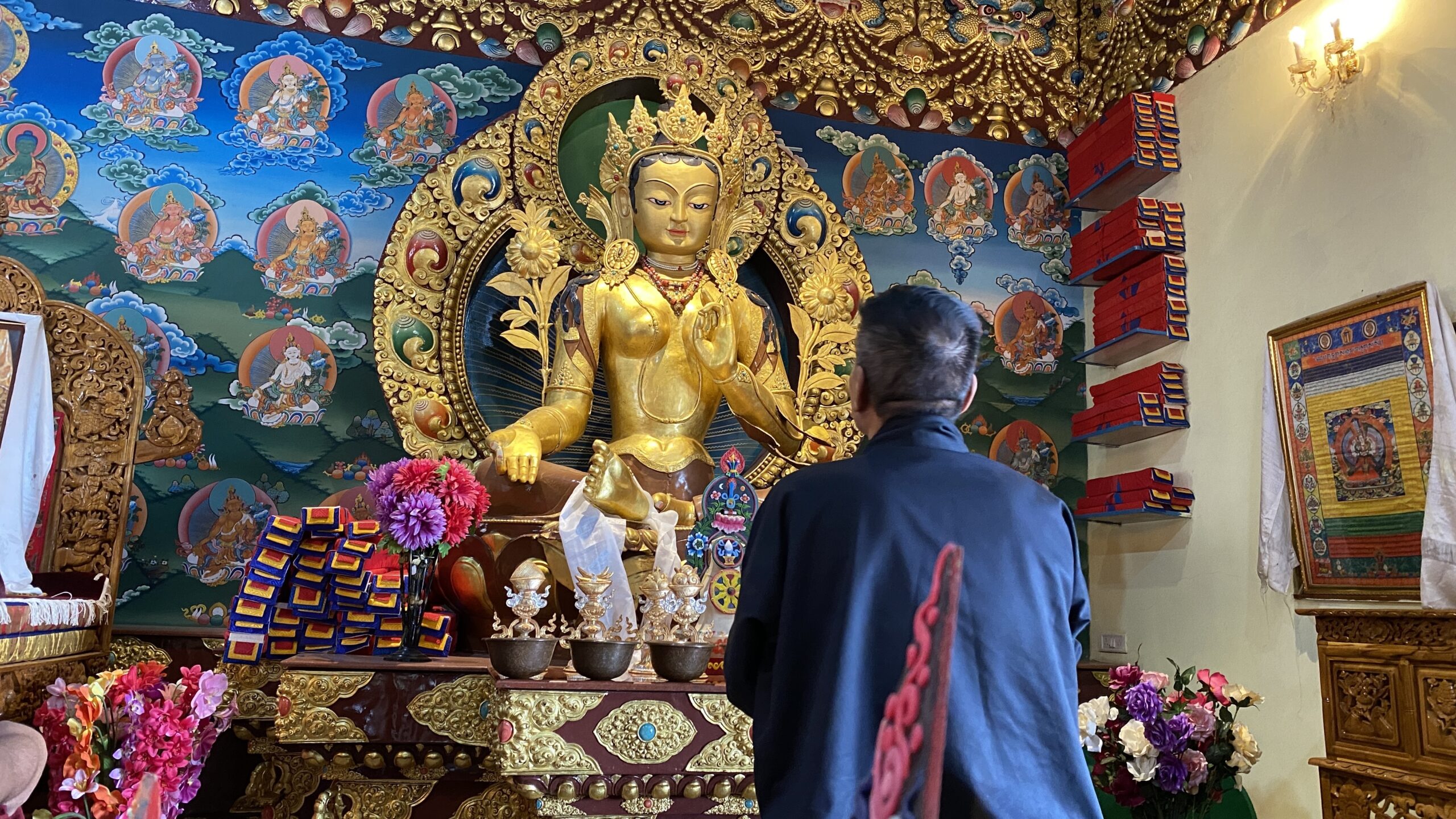 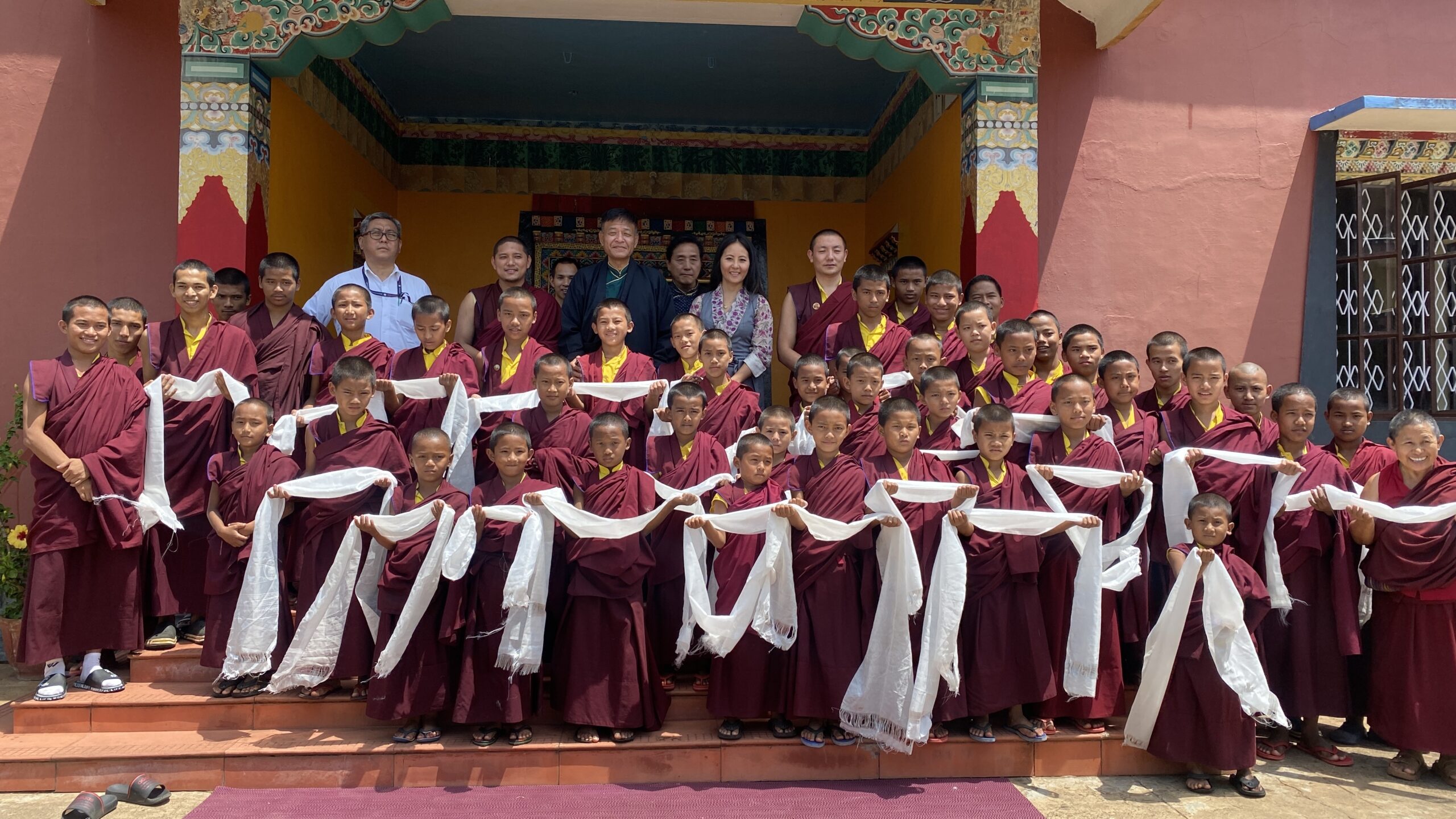 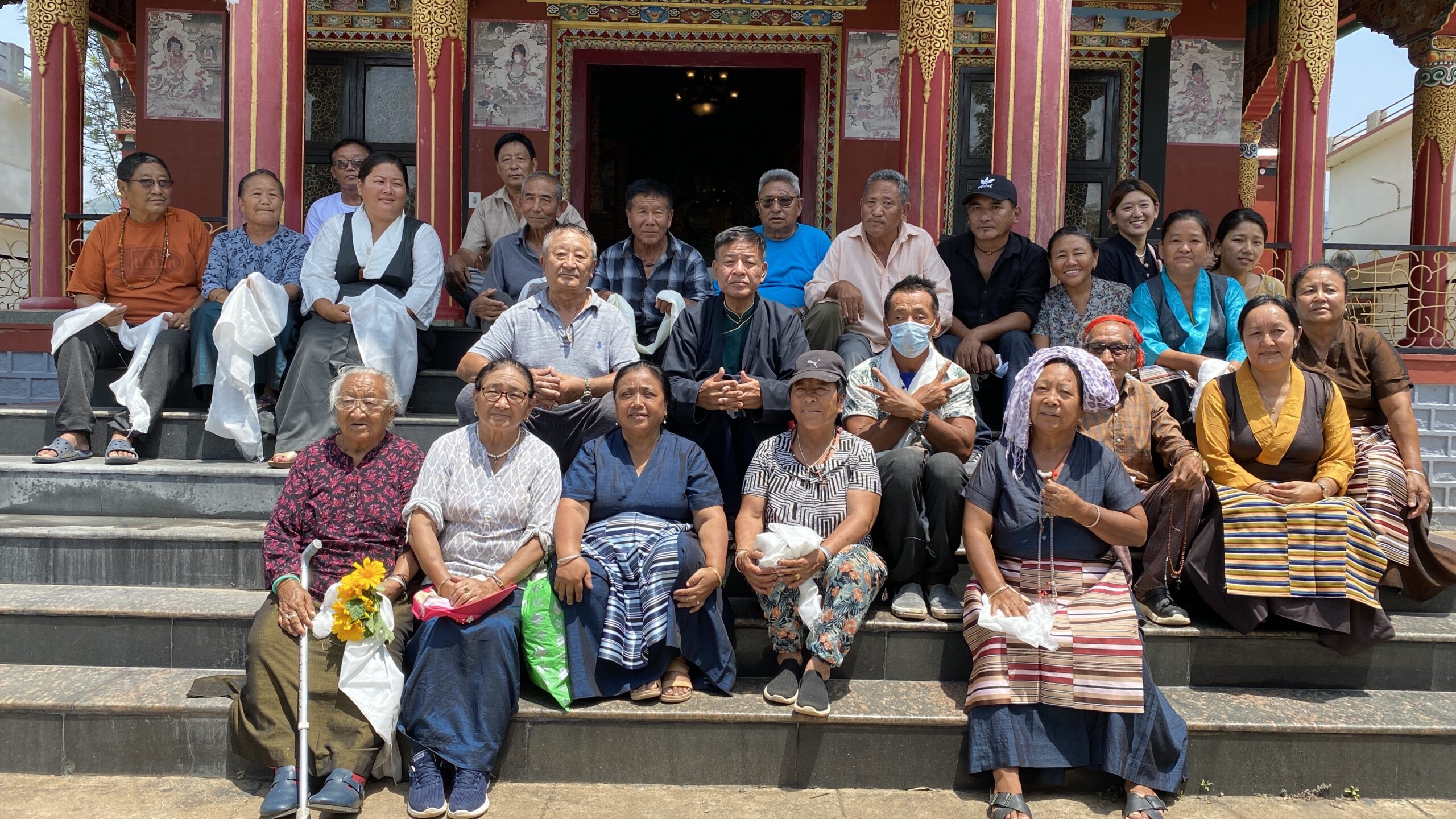 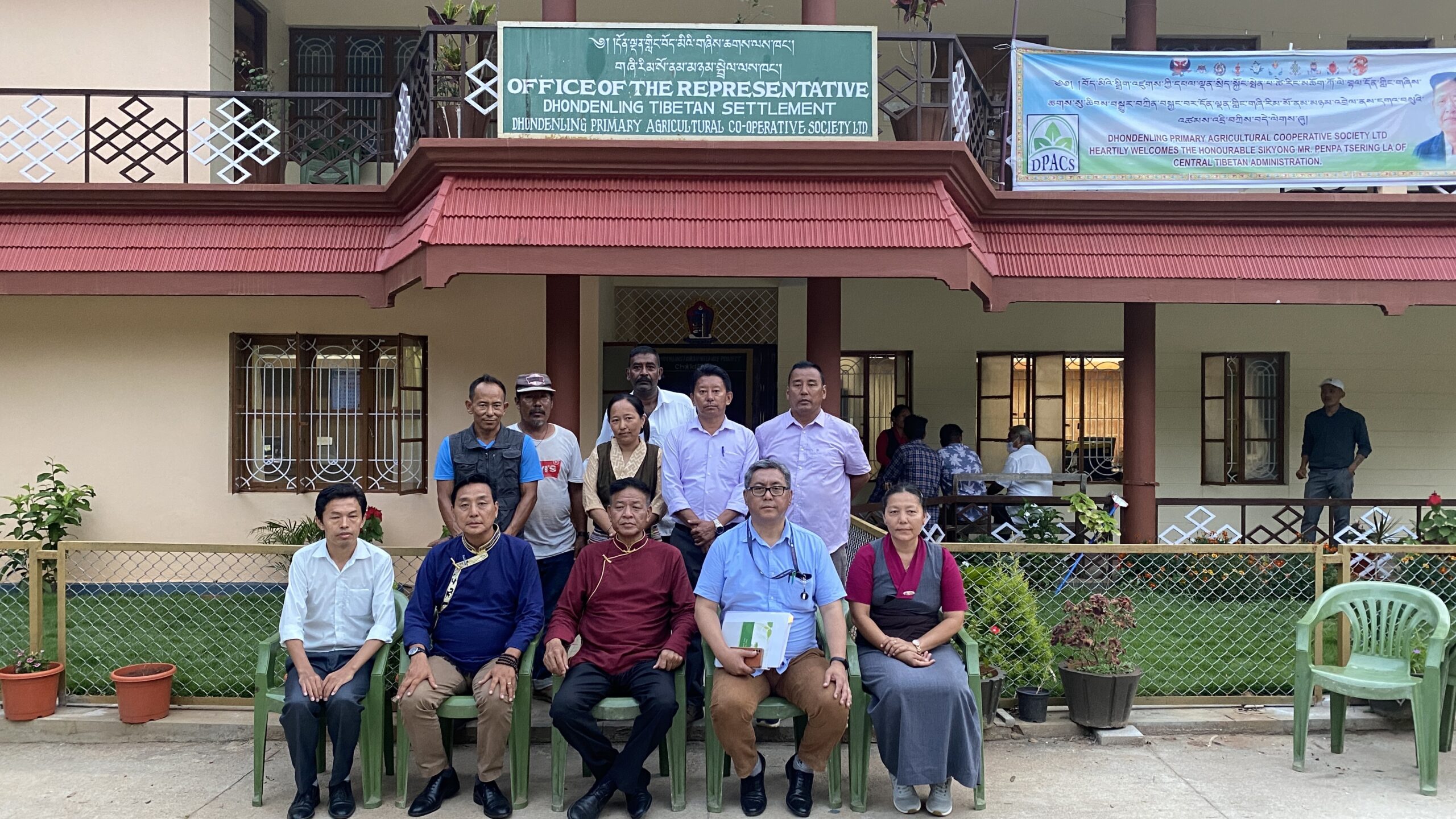 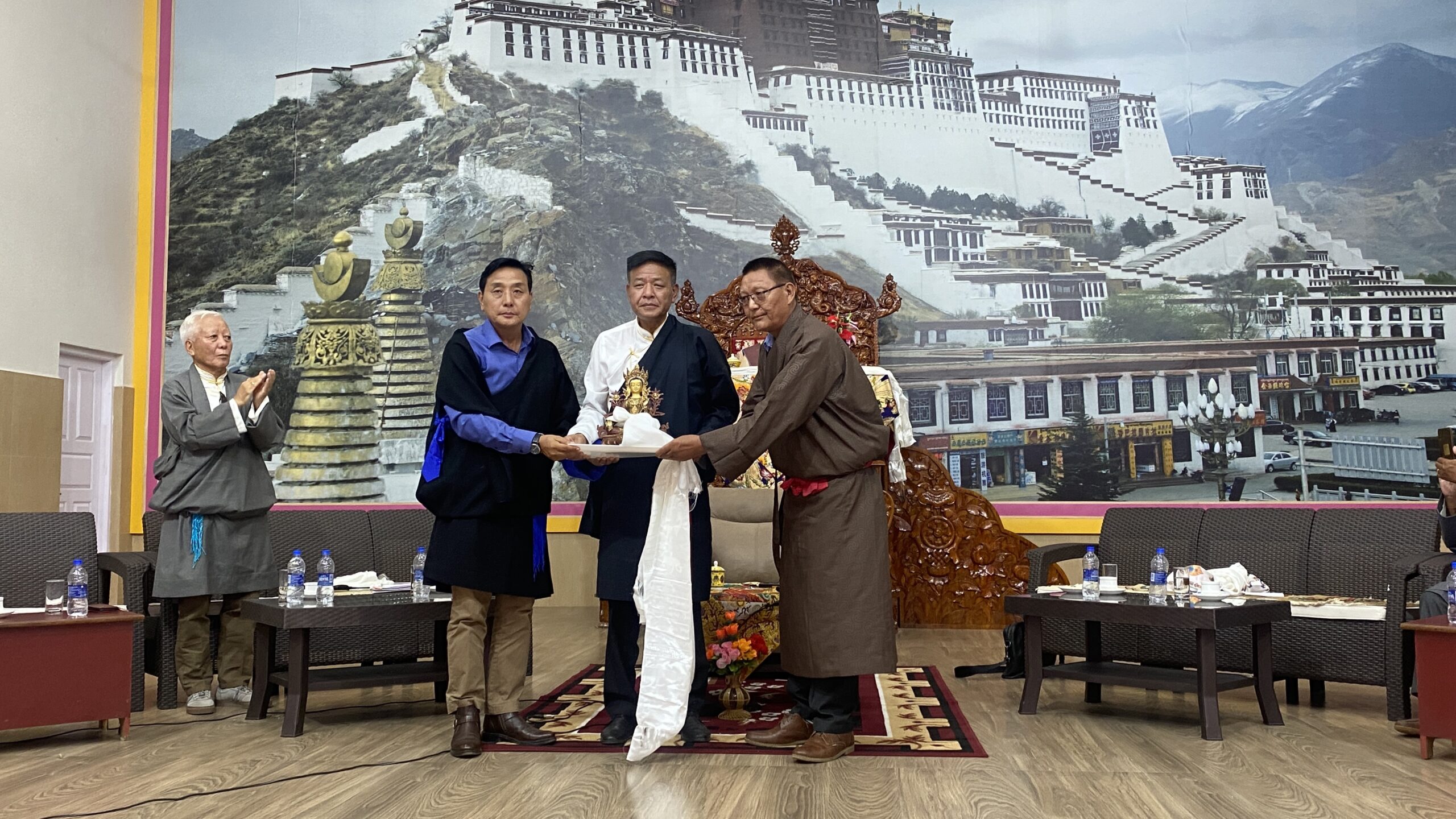 Settlement Officer Gelek Jungney felicitates Sikyong with a statue of Tara as a token of appreciation for the latter’s visit to the settlement. 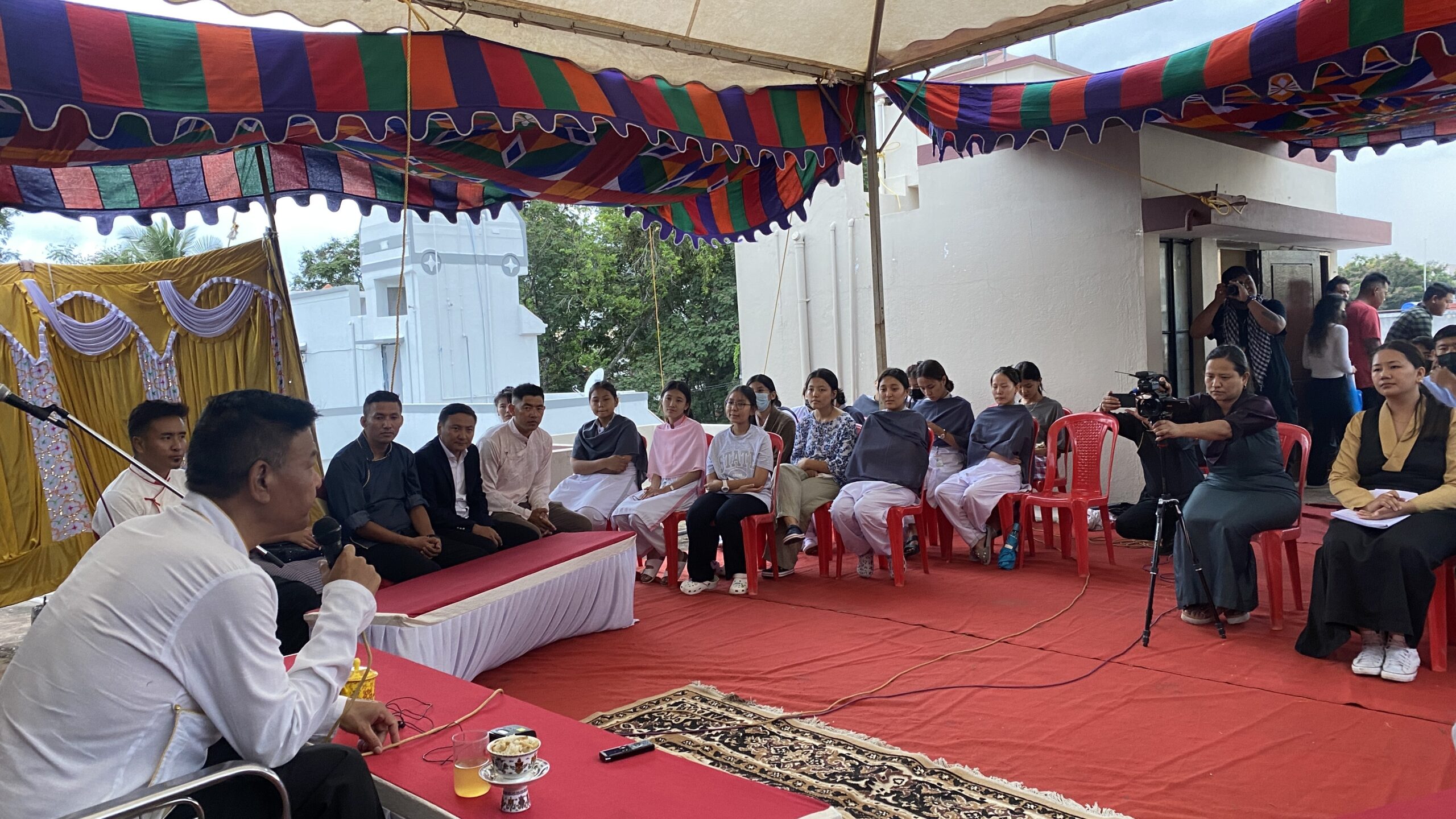 Sikyong interacting with students based in Mysore.