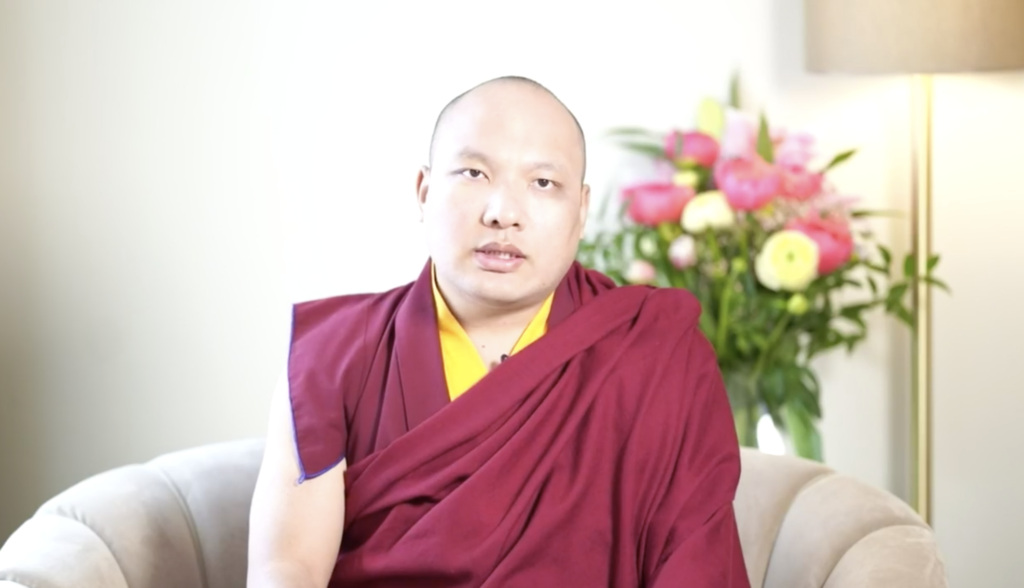 Gyalwang Karmapa speaking about the approach to cope with the current crisis. Screengrab image

Dharamshala: The 17th Gyalwang Karmapa, Ogyen Trinley Dorje, today spoke about the ongoing COVID-19 crisis through his Facebook page to millions of Tibetan Buddhist followers around the world.

His Eminence stated that despite being on a retreat, he felt the need to allay the distress of people caused by the crisis. Since the outbreak of the disease, an unprecedented turmoil has been unleashed on people’s lives and well-being, the uncertainty facing us in its aftermath.

To counter that he highlighted Buddha’s message on the impermanence of life, describing the nature of life as transient, changing every moment and stated that the human fallibility of failure to comprehend that truth is the cause of our suffering. When things go our way, we are happy and optimistic, however, when it’s the opposite, we are unable to deal with it.

He said that the current dire situation, viewed from a positive perspective, presents each of us an opportunity to reflect on the precious things that we take for granted and live with renewed energy for the betterment of our lives.

He added that the disease affected all, irrespective of gender, race, nationality, social status, etc. Developed countries like America, Spain, Italy, and the UK are suffering severely at the moment, and developing countries will undergo similar or likely worse situation. Even a single infected person in a country endangers the whole world. Therefore, cooperation is a must to overcome the pandemic.

The news of the daily rise in the death toll that we learn every day is benumbing, but we must realize that each of them are living, breathing human beings, he said. Health workers are bravely going out to combat this pandemic, and we must appreciate, commend and support their efforts.

Gyalwang Karmapa informed his Buddhists followers that he had planned to hold one-hour daily prayers from this Saturday for a week, praying for the world to overcome this crisis.

His Eminence in solidarity with efforts to help those affected by the crisis has donated 28 lakhs in total, towards the PM Relief Fund, the state governments of Himachal Pradesh, Sikkim and Bihar.