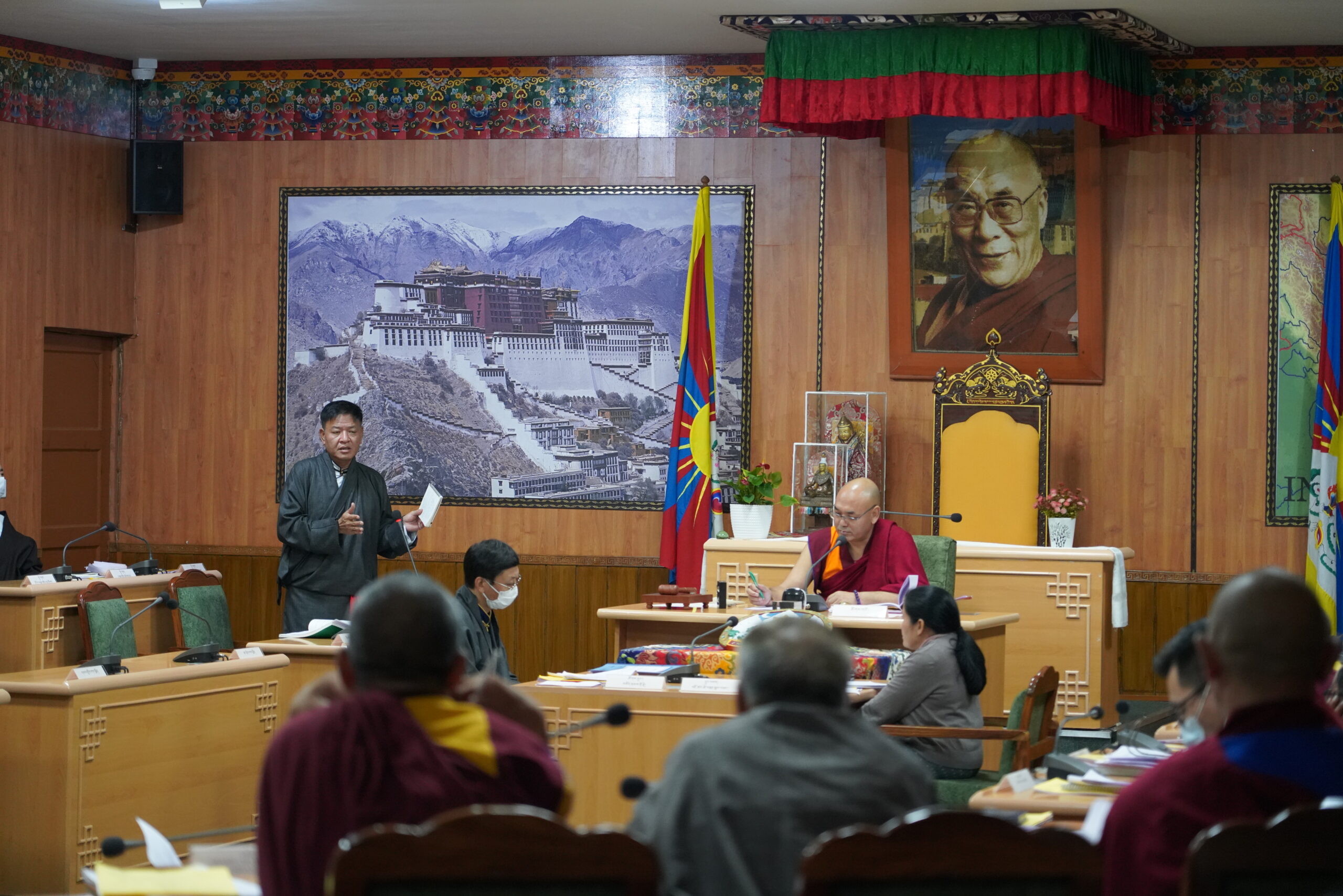 The house continued with deliberation over the undertaking of the Department of Finance (DoF) from the previous sitting. Sikyong Penpa Tsering, incumbent Kalon of the Department of Finance, duly answered all the questions raised in the house. Questions raised on small business loans, Tibetan voluntary contributions, and others were duly answered by the Sikyong who is also the incumbent Kalon of DoF.

Thereafter, clarification of the Cabinet (Kashag) was read by Kalon Tharlam Dolma of the DoE and the general debate on all the reports under the jurisdiction of the DoE and Cabinet’s (Kashag) answer/clarification was commenced. Numbers of parliamentarians took part in the deliberation raising queries on issues like the need of providing nutrient-dense foods for the students in boarding schools, the merging process of schools under the department, fee increment to the teachers of schools under the department, books distributed to different monasteries, and varied other issues which were clarified by the DoE Kalon respectively.

Kalon Gyari Dolma of the Department of Security (DoS) presented précis 2021-2022 annual report of the Department of Security (DoS), following which parliamentarian Tenpa Yarphel tabled the review of the detailed annual report of DoS (2021-2022) by the Standing Committee. Motion for debate on the 2021-2022 DoS’s précis report and its review by Standing Committee was tabled by parliamentarian Choedak Gyatso and supported by Parliamentarian Phurpa Dorjee Gyaldhong. Followed by Kashag’s clarification and general debate on all the reports under the jurisdiction of the DoS.

Concerns were raised in the house on the burdensome procedure in obtaining Exit & Return permits for Identity Certificate holders (travel documents provided by the Indian government to Tibetan refugees), online deception done by a few to create disharmony in the community, and many others which were all addressed by the DoS Kalon. 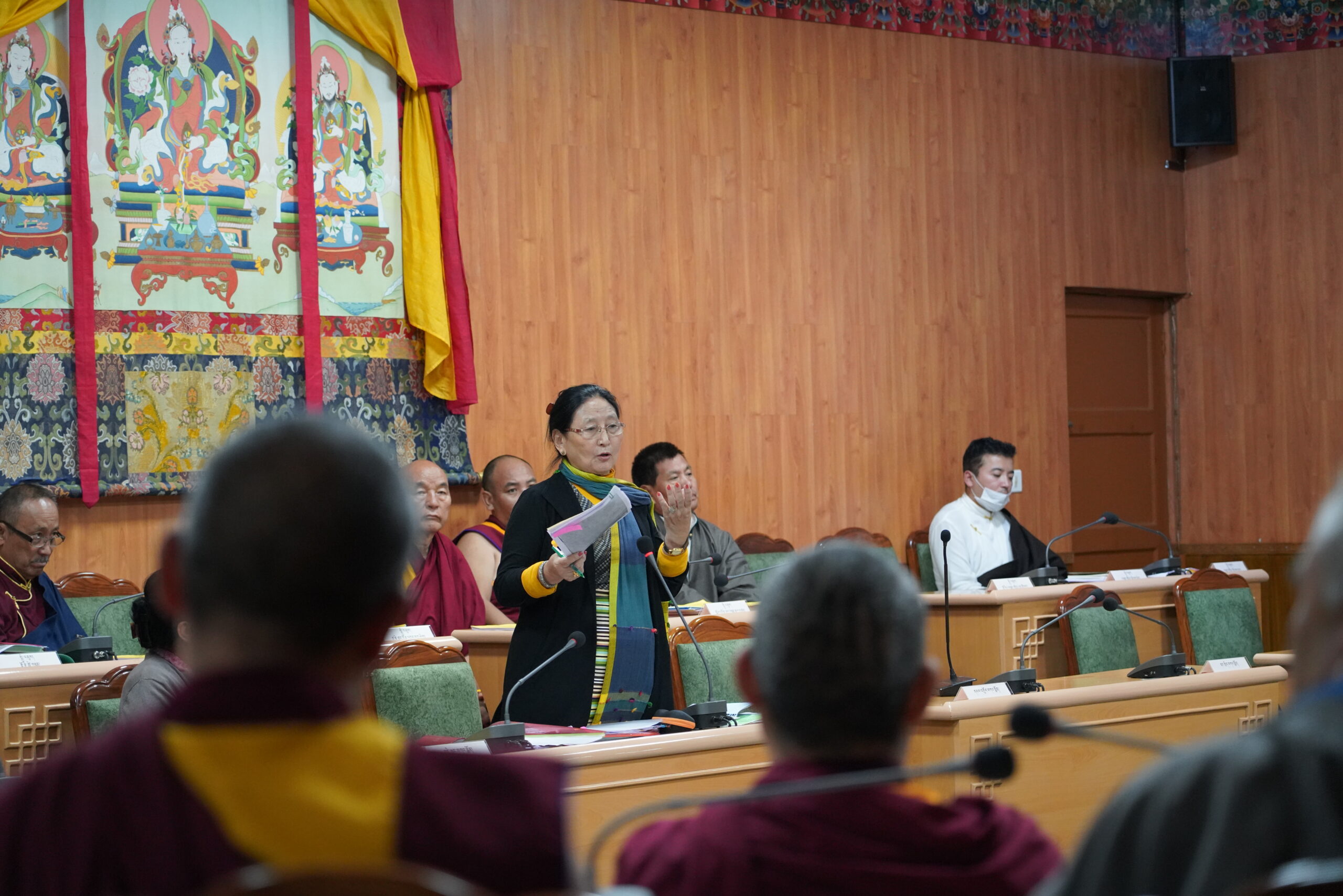 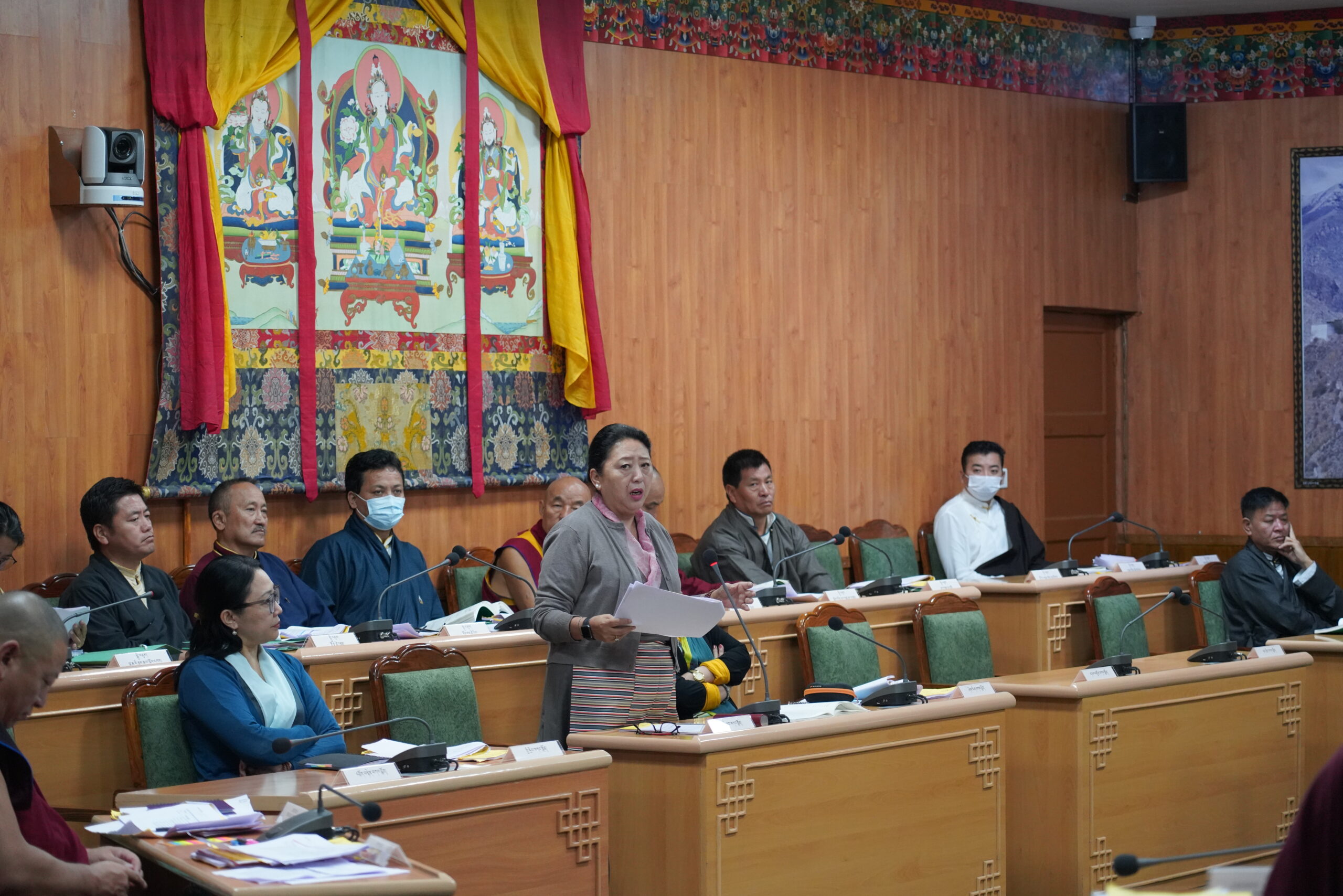 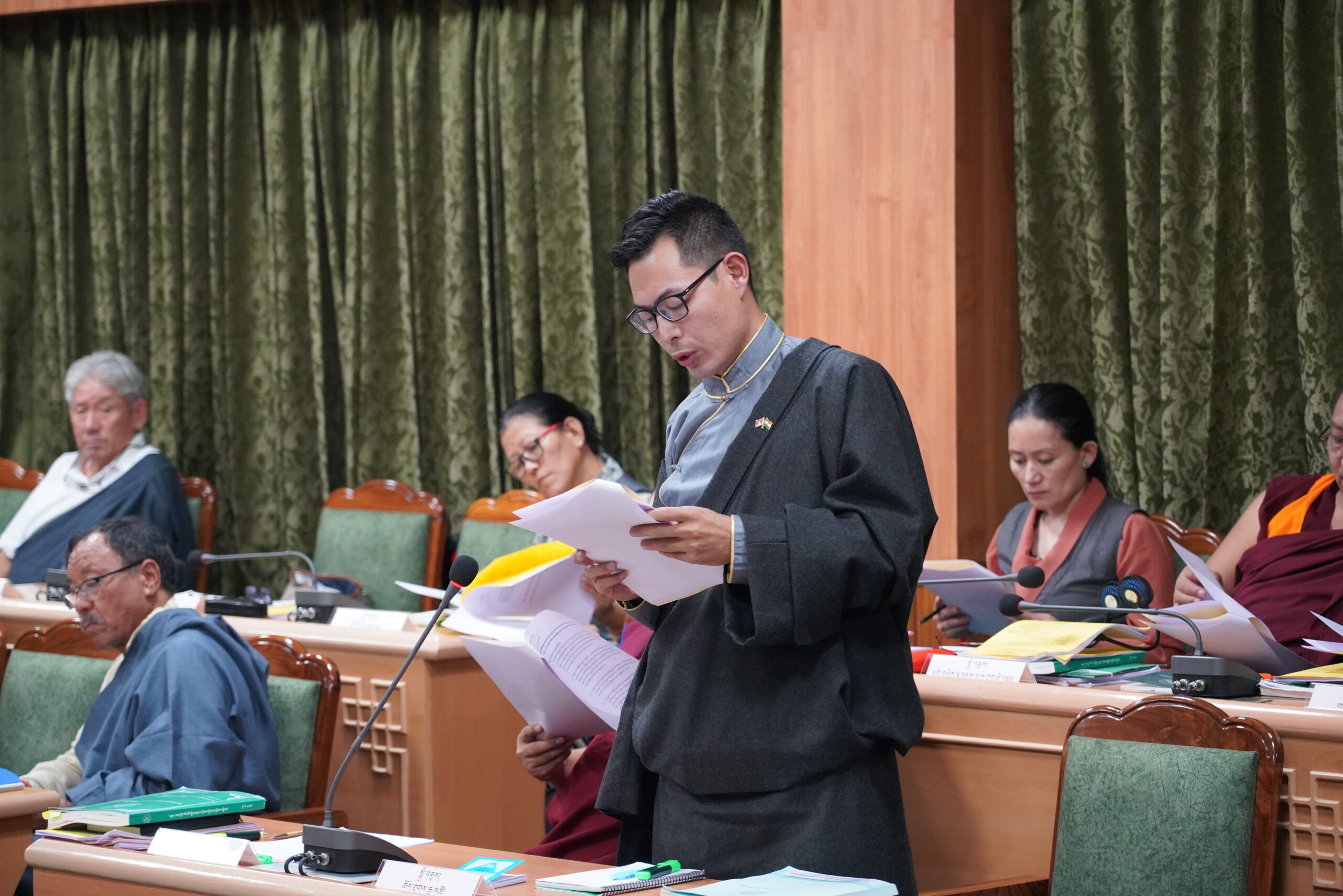