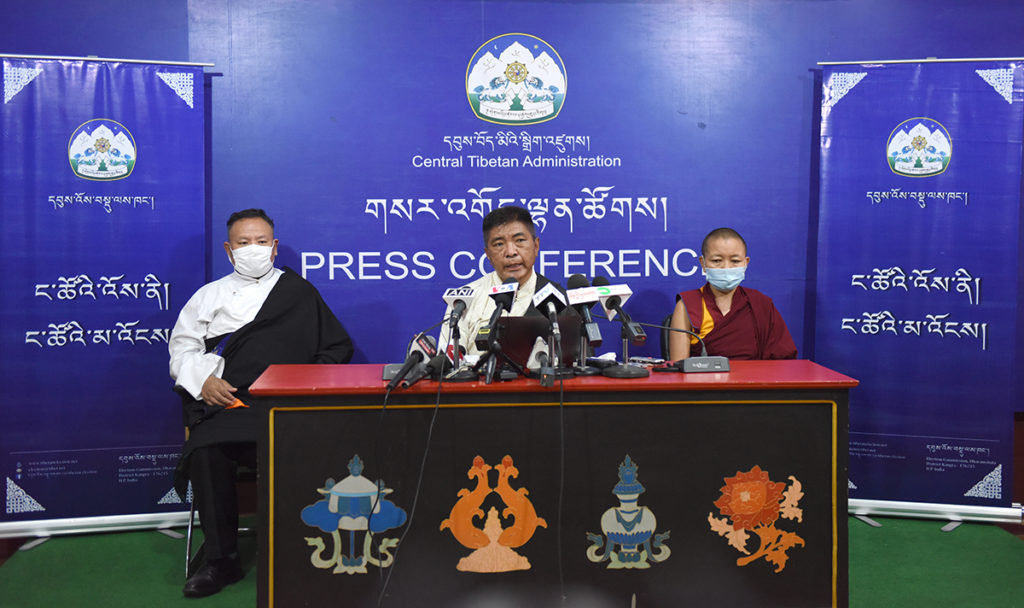 Dharamshala: The Chief Election Commission of CTA today announced the electoral calendar for the 2021 Sikyong and 17th Tibetan parliamentary elections as per the Charter of Tibetans-in-Exile and the Tibetan electoral rules and regulations.

As per the announcement, the preliminary election for Sikyong and members of the 17th Tibetan Parliament is slated for 3 January 2021 and the final election is to be held on 11 April 2021. Click here to view the full calendar.

The Election Commissioner also issued a set of guidelines for shortlisting candidates for the final Sikyong election:

Firstly, “As per the Article 67 (4) of the electoral rules and regulation, the election commission should shortlist not less than two candidates for Sikyong in the final election after due examination of their preliminary results, green book dues and the withdrawal of candidature if any.” Pursuant to this, the EC shall shortlist two candidates for the final election of Sikyong.

Secondly, if candidates poll equal second-highest votes in the preliminary round, then three candidates shall be shortlisted for the final Sikyong election.

Thirdly, if candidates poll two equal first-highest votes in the preliminary round, then announcement will be made on those two candidates. Click here to read the original guidelines in Tibetan. In case of discrepancies, treat the original in Tibetan as authoritative.