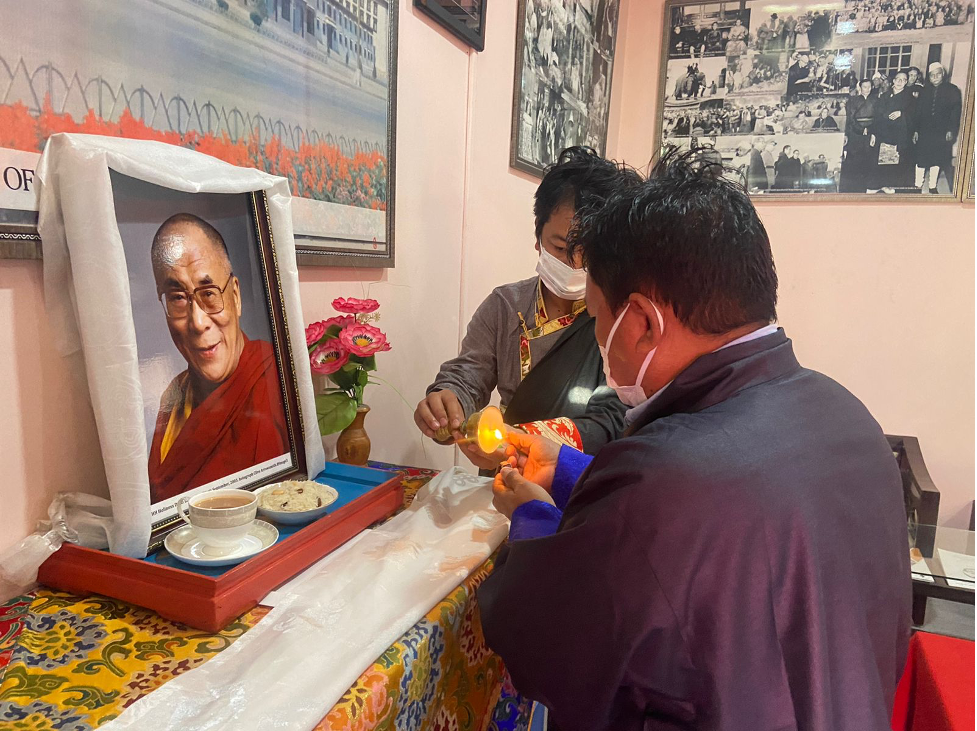 New Settlement Officer Dorjee Rigzin and Office Secretary Tenzin Rangdol offering a butter lamp in front of a portrait of His Holiness the Dalai Lama.

Mr. Tenzin Namgyal, Tezu Dharyeling Tibetan Settlement Officer was the official representative on behalf of Department of Home, CTA and had witnessed overseeing the exchange of official records.

Handing taking ceremony was concluded with meeting with general public in the community hall where office secretary had read out some of the projects completed on ground and other pending assignments being observed by the settlement office. The new Settlement officer also gave his first speech after the Witness, representing Department of Home informed the residents and heads of the settlement regarding the ceremony. 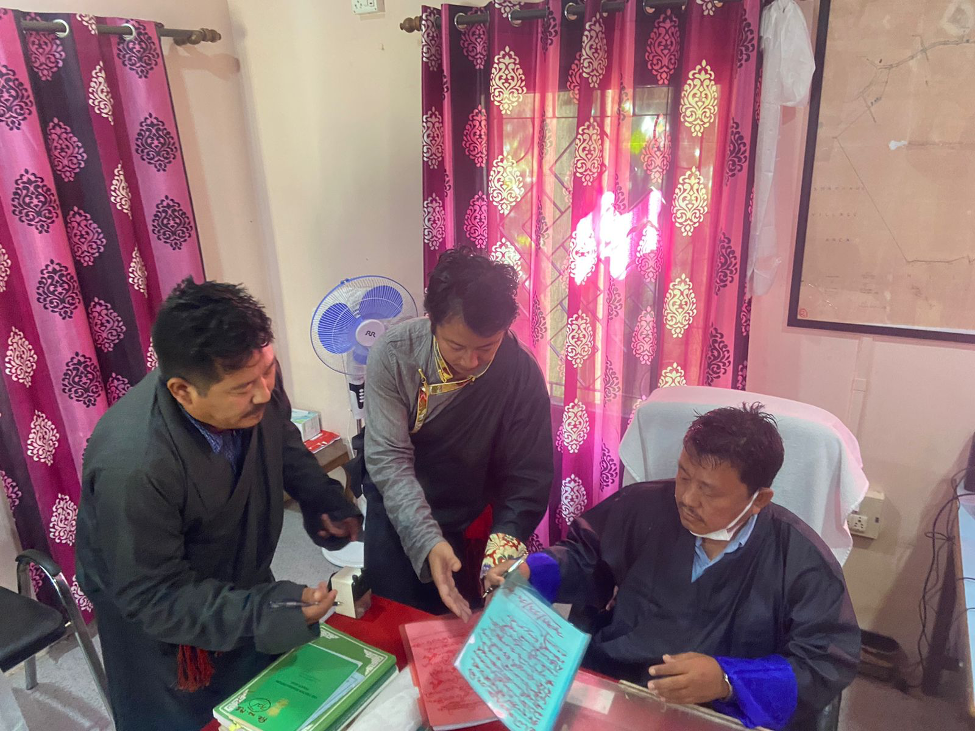