DIIR to Host a Symposium on ‘Tibet’s Past, Present and Future—What is the Way Forward?’ 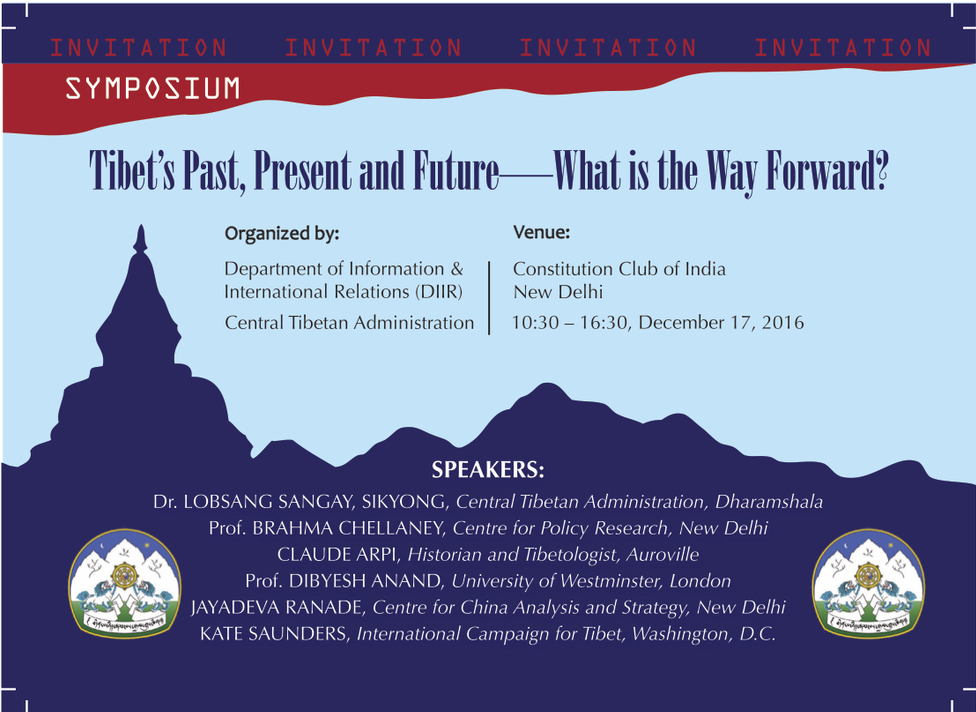 Delhi, December 15, 2016: The Department of Information and International Relations (DIIR) of Central Tibetan Administration (CTA) is releasing a book titled ‘Tibet is not a part of China but the Middle Way remains a Viable Solution.’ The flagship book which is CTA’s report on situation inside Tibet under the Chinese occupation is published in three languages- Tibetan, English and Chinese.

According to Sikyong Dr. Lobsang Sangay, “China has time and again made every effort to create a pristine image of Tibet that is out of touch with reality. Soon after its formation in 1949, the People’s Republic of China occupied Tibet under the guise of ‘liberation.’ Since then, people inside Tibet have expressed their deep resistance against China’s Tibet policies through numerous peaceful protests. It is quite clear that issues such as the reincarnation of His Holiness the Dalai Lama, the degradation of Tibet’s ecosystem, the rapid urbanization of Tibetan rural areas have a direct impact on the world at large. Therefore we are releasing this publication in three languages to present the current situation inside Tibet under the Chinese rule and share our position on these issues in order to draw international attention and generate public discourse on the best way forward to resolving the issue of Tibet, that is through the Middle Way Approach.”

DIIR will also organize a symposium on ‘Tibet’s Past, Present and Future—What is the Way Forward?’ Both the book launch and the symposium will take place at the Speaker Hall, Constitution Club of India in New Delhi on December 17, 2017 from 11:00 to 16:30. The event will be streamed live on Tibet TV’s YouTube and Facebook page.

The high-profile symposium, will bring together political leaders, thinkers, intellectuals, academicians and policy makers from across the world to discuss about Tibet. The day-long symposium will feature three plenary sessions to discuss– Tibet’s Historical Past, Current situation in Tibet under China’s occupation and Middle Way Policy—the Way Forward. 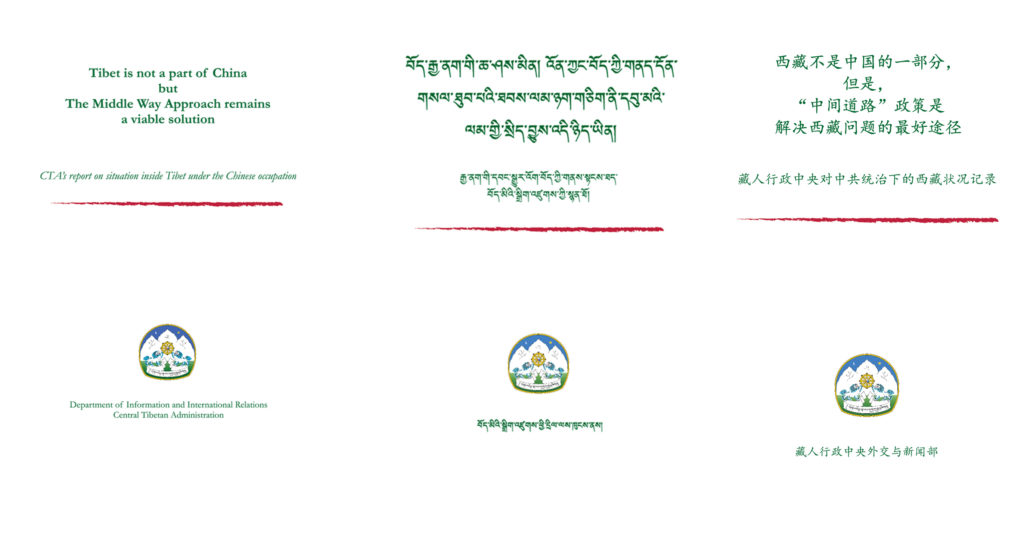 The front cover of the flagship book available in Tibetan, English and Chinese languages.