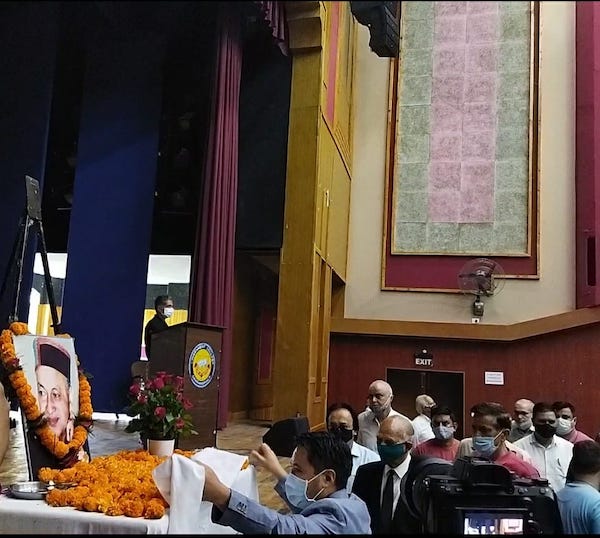 “The passing away of Raja Virbhadra Singh was an immense loss for India and in particular to the people of Himachal Pradesh. He had dedicated his almost entire lifespan to the well being of the people of this state as the Chief Minister for several terms.

Personally, he was close to His Holiness the Dalai Lama and have been genuine friends all along. Like other former Chief Ministers of the State, Raja Saab had been very generous to the Tibetan refugees living in the state. Historically, there have been close ties between the people of the erstwhile princely state of Bushair to which Raja sahib belonged and their adjacent nieghbours in Western Tibet.

His Holiness in his condolence message to Smt. Pratibha Singh ji wrote, “ Dedicating himself to the service of others, Virbhadra Singh led a long and meaningful life”.

Taking opportunity of this samaroh, on behalf of the Sikyong Penpa Tsering, The president of the Central Tibetan Administration, I offer my sincere shradhanjali to Swargyai Raja Sahib and offer deepest condolence to Smt. Pratibha Singh ji and the Family.” 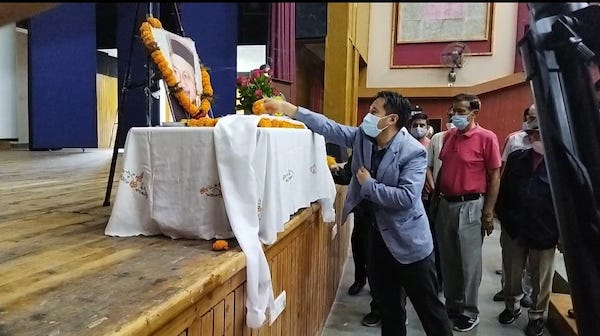