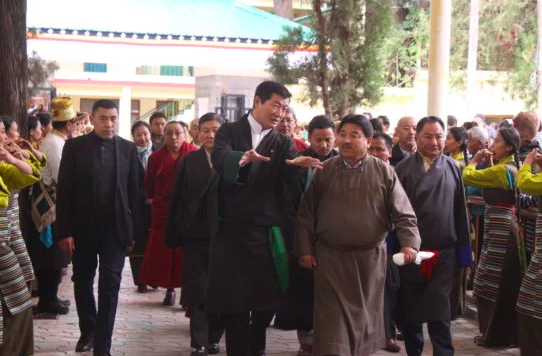 Dharamshala: Thirty years ago in 1989, Tibetans’ most beloved spiritual leader His Holiness the Dalai Lama whose name today is associated with different epithets like the man of peace and champion of compassion was conferred the Noble Peace Prize for his truth and non-violent approach to China’s oppression of Tibet.

Tibetans around the globe broke into a frenzied celebration after learning that their precious leader was named the 1989 winner of the Nobel Peace Prize and the day earned a significance in the calendar for the Tibetan people.

Today marks the 30th anniversary of the iconic 1989 conferment of Nobel Peace Prize to His Holiness the Dalai Lama and the Tibetans in exile celebrated the occasion in full swing.

Amidst the laughter and cheer echoing throughout the courtyard of Tsuglagkhang in Dharamshala where the residence of His Holiness is seated, the heads of three pillars of Tibetan democracy and a host of esteemed guests opened the day-long celebration with key-note speakers resonating His Holiness the Dalai Lama’s message of peace and non-violence.

Some of the esteemed guests include the Chief Executive Councillor Shri Gyal P Wangyal of Ladakh Autonomous Hill-Development Council and his entourage, Shri Ajay Singh, President of Indo Tibetan Friendship Association, Kalons and other dignitaries.

Extolling His Holiness’ humanitarian service, Chief Guest Gyal P Wangyal said, “His Holiness the Dalai Lama has not only guided the humanity of this universe to the path of non-violence and peace but has also transformed the nature of the Tibetan freedom movement into a complete non-violent endeavour.”

“Mere touch and blessing of His Holiness give us precious inspiration in the hope for a better life. His compassionate smile radiates the warmth that pacifies all fear” noted the Chief Executive Councillor in his address.

The Chief Guest observed that the initiative taken by His Holiness in interacting Buddhism with Science is inspirational in advancing global peace and happiness where the knowledge of both can be combined to reduce conflict and violence borne out of destructive emotions.

In his reverence to His Holiness, Shri Gyal P Wangyal extended the unwavering friendship and support to the Tibetan people and meanwhile requested the Ladakhis to emulate the teachings of His Holiness into practice.

“We are aware of the gross human rights violations in Tibet to which people of Ladakh have always condemned and will keep on condemning,” said Shri Gyal P Wangyal. 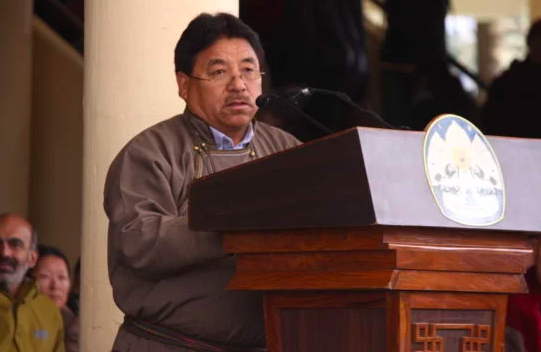 The President of the Central Tibetan Administration, Dr. Lobsang Sangay in his tribute reverberated the relevance of His Holiness message of peace and non-violence.

“His Holiness has steadily undertaken the commitment to emphasise the importance of inculcating compassion, tolerance, and kindness to achieve peace and harmony among all human beings. While stressing the importance of religious harmony, he has advocated dialogue as a means to resolve any conflict. Even in the face of persecution, His Holiness has led the world with examples through his undeterred efforts to resolve the issue of Tibet non-violently” said Dr. Sangay.

“Today also marks Human Rights Day and the 71st anniversary of the Universal Declaration of Human Rights. However, today in Tibet, the fundamental human rights enshrined in this landmark document are trampled upon by the Chinese Communist Party”

Stressing on the dire situation inside Tibet, President remarked on the recent self-immolation committed by a 24-year-old Yonten whose death has added to the 154 Tibetan self-immolations since 2009.

Strongly condemning the repressive measures of China, President said that the global support for Tibet, on the other hand, is becoming stronger whether it is defending His Holiness right to his reincarnation or calling out on China’s intervention in the matter of Dalai Lamas succession.

“The aspiration of Tibetan people made clear in the resolution adopted by 3rd Special General Meeting and the 14th Tibetan Religious conference was voiced by the US Ambassador at large for the International Religious Freedom, Samuel Dale Brownback, during his formal visit to the headquarters of the Central Tibetan Administration in October 2019.  The Ambassador expressed that “the United States government supports the Tibetan people, the Dalai Lama and that the role of picking a successor to the Dalai Lama belongs to the Tibetan Buddhist system, the Dalai Lama and other Tibetan Buddhist leaders. It does not belong to anybody else, not any government or any entity” he said.

In observing the gratitude of Tibetan people to His Holiness, President Sangay ascribed the year 2020 as the “Thank You, Dalai Lama” year. 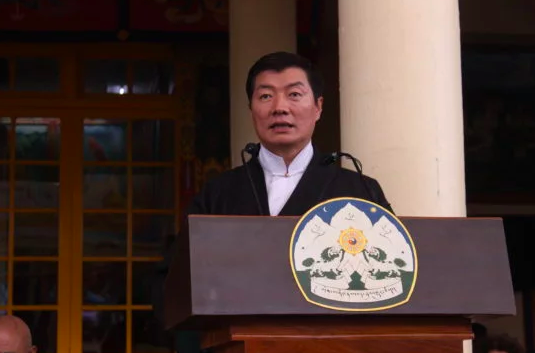 “It was 30 years ago, on the International Human Rights Day of 10th of December in 1989 that His Holiness the Dalai Lama was presented with the world’s most distinguished peace award, the Nobel Peace Prize. To the Tibetan people in general and, in particular, to the people across the world who cherish democracy, freedom, peace, and compassion, it was a perfect moment to exalt the incomparable deeds of His Holiness the Dalai Lama with joy, devotion, and elation”.

Speaker amplified the unparalleled contributions of His Holiness in the promotion of basic human values, religious harmony, the oneness of humanity, and moreover his unflinching dedication in opposing the use of violence.

“All people with discerning intellectual faculty have expressed admiration for the nobility of His Holiness the Dalai Lama’s great, mutually beneficial middle way proposal for the resolution or the issue of Tibet. It has won him nothing less than the Nobel Peace Prize which he delightedly accepted for the sake of the sentient beings’ wellbeing”

“This is a day of outstanding significance and in places across the world, people are commemorating this festive occasion with the remembrance of His Holiness the Dalai Lama’s deeds. The absolutely best way to repay gratitude to His Holiness would be to carry out his wishes with a sincerity of purpose” Speaker concluded.

Special guest Shri Ajay Singh, President of Indo Tibetan Friendship Association established the close friendship of his organisation and the Tibetan community over the years.

“Over the years, we have accomplished in creating awareness through multiple events such as seminars, medical camps, debate competitions on the issue of Tibet in schools, etc. This is possible only because of your generous support and cooperation” said Shri Ajay Singh.

On this occasion of celebration, he announced that the 24th International Himalayan Festival is being held at Dharamshala to mark the 30th Nobel Peace Prize Day.

“We are indebted to His Holiness for his tireless efforts in promoting world peace, therefore, the ideal token of gratitude to His Holiness would be to follow his advice and teachings diligently,” said the President of ITFA.

The commemoration of the 30th anniversary of Nobel Peace Prize conferment to His Holiness the Dalai Lama consummated with some colorful Tibetan cultural performances. 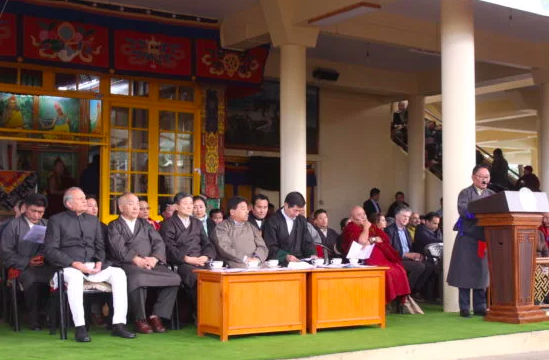 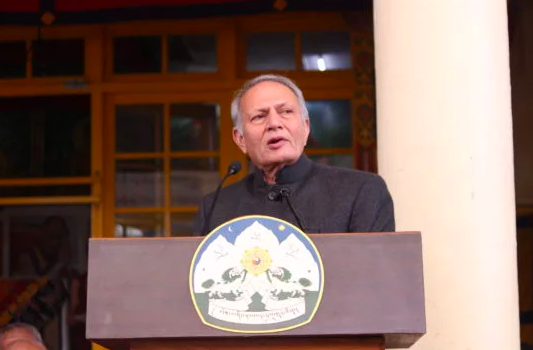 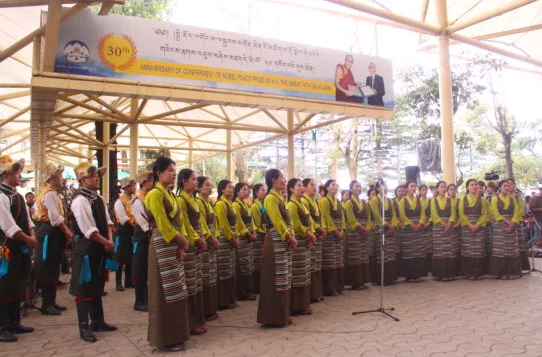 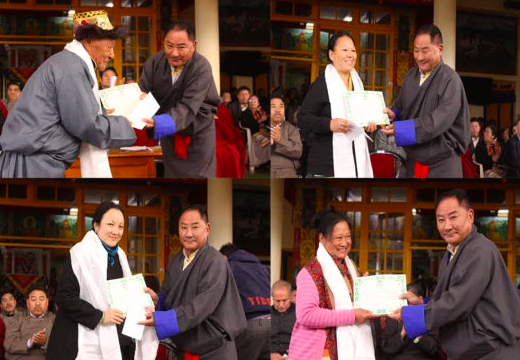 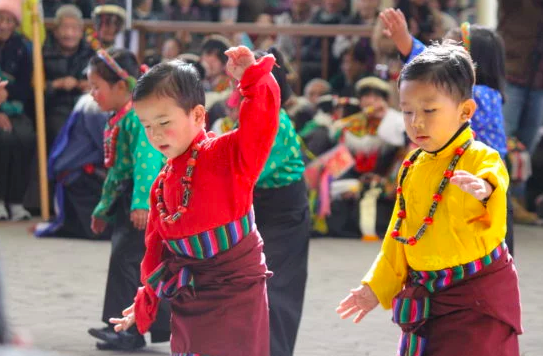 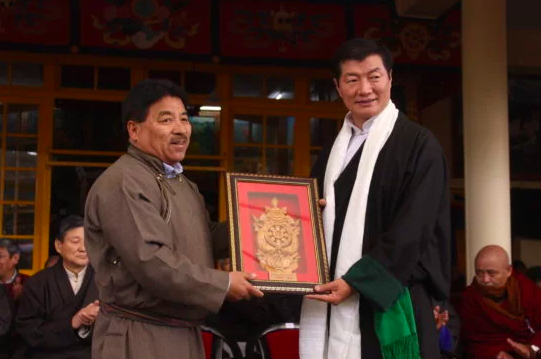