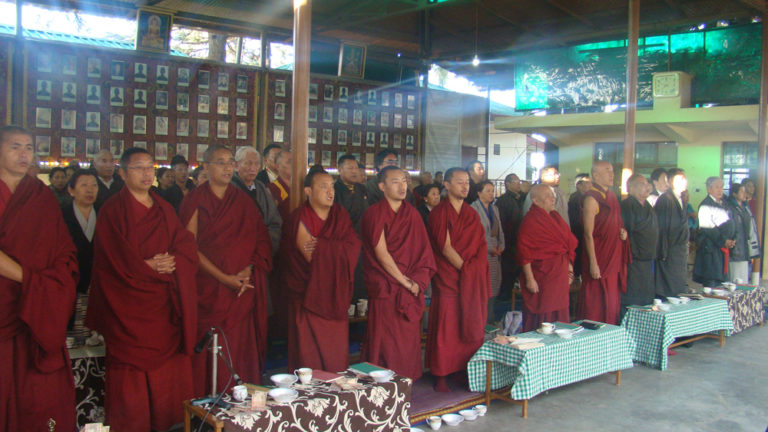 Dharamsala: As per the invitation proffered by the office of the Central Executive Committee U-Tsang Cholkha, Deputy Speaker of Tibetan Parliament-in-Exile Ven. Acharya Yeshi Phunstok attended the celebration of their 35th anniversary at Lhagyari behind Tsuklagkhang at Mcleod Ganj on 16 March, 2018.

Beside the Deputy Speaker, other guests included members of parliament from U-tsang province and executive members of the committee. More than 50 Tibetans have gathered there to celebrate the event. The program began with traditional sangsol (incense-offering) prayers, followed by the singing of Tibetan national anthem. The gathered public and guests took a minute of silence to mourn in solidarity for the demise of the Tibetan martyrs. Thereafter, the program began with the President of the U-Tsang executive committee’s opening speech after the lighting of Tibetan butter-lamp by the Deputy Speaker.

Deputy Speaker began his speech by offering his greetings on behalf of the Tibetan Parliament-in-exile and stated that he once had an opportunity to attend the general body meeting of the executive committee of U-Tsang Cholkha on March 27, 2017. ‘Not only a vigorous discussion over the committee’s 10 clauses was held but all those clauses were appropiated for the concerned agenda. And I hope the new and upcoming standing members of the committee will continue to uphold and execute those clauses in the future as well.’

In his speech, he lauded the efforts of the elder generations, without whose efforts this 35th anniversary wouldn’t have been possible. He also added that it is essential to persist to the aims and the objectives of the committee while adapting to time’s need and requirement by bringing about the requisite changes. He also stressed on the importance of the quality of prudence, steadfast and motivation of the members in carrying our their duties.

While pointing out the difference between the non-governmental organization of the free world and Tibetan non-governmanteal organizations in exile, he stated that principle objective of such Tibetan organizations are to work for Tibet’s cause, both locally and politically, just as the Central Tibetan Administration. Thus, making it indispensable to work along with the Central Tibetan Administration in striving towards our common goal.

He also counseled that if the committee work together in collaboration with provisions facilitated by the various department of the Central Tibetan Administration, their deliverance of social service in terms of providing educational and financial assistance to the needy and destitute for the welfare of Tibetan communities, would be even more effective.

Referring to the ongoing session of the 16th Tibetan Parliament-in-Exile, he stated that the budget of Central Tibetan Administration is obvious and transparent. Thus, it is of utmost importance for the Tibetan people to pay attention to it.,vis-a-vis, its income, allocation, expenses etc.

‘Even if you don’t have in-depth knowledge of the Tibetan struggle politics, one can always refer to the official statements circulated during the Tibetan uprising anniversary and the official resolutions passed on the critical situations in Tibet; and as a Tibetan, if you can deliver those information to the wider general public, that would be in essence a teamwork in par with the various campaigns towards our common goal of resolving the Tibet’s issues,’ said the Deputy Speaker.

He concluded his speech with wishes for the long harmonious life of His Holiness the Dalai Lama and for the prosperity of U-Tsang committee in compliance with their objectives. He once again honored the elder generation by applauding their efforts and endurance and requested the members to continue to carry on the good work with steadfast prudence in future too.

The event concluded with Secretary of the Central Executive U-Tsang Cholkha giving the thank-you speech. 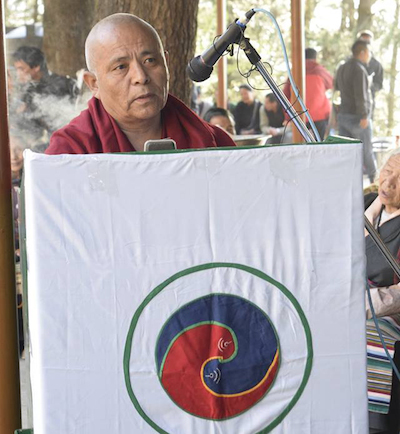 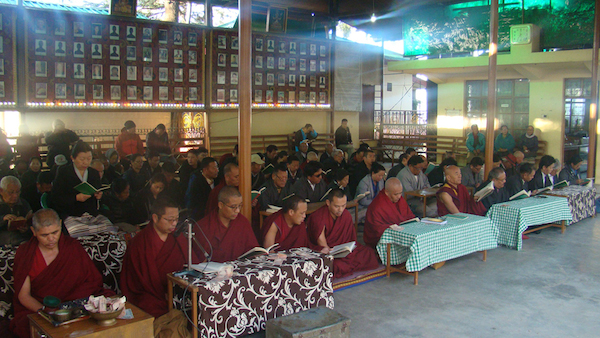 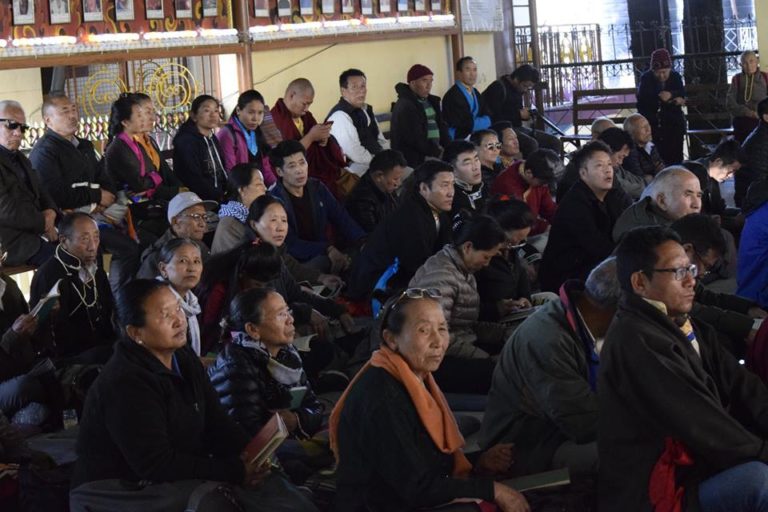 Tibetan public at the programme.