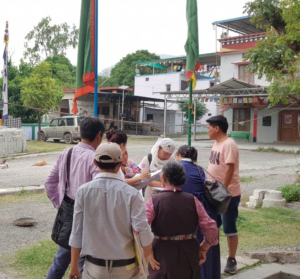 Dharamshala: The Department of Health, CTA aided by PRM has started conducting Prevalence study of Hepatitis B and C in the Tibetan settlements located in Sirmour Distt from 7 May this year. The study will be further conducted at the Tibetan Settlements of Miao, Odisha and Ladakh. A cluster sampling technique has been used by selecting a representative settlement/district from the four regions of India. The representative cluster is selected on the basis of the largest population which is most likely to represent the Hepatitis B prevalence of the region.

The process of data collection is performed through the house to house demographic data collection, followed by Free Hepatitis B and C testing. People infected with Hepatitis B will be further evaluated with the required follow up tests to identify the need for treatment.

The first phase of the study started on 7 May this year with training on the survey process and techniques to 11 participants from Miao, Dekyiling, Poanta, Puruwala and Department of health staff by Dr Lobsang Tsering.

On 8th May, the public was made aware of the study by organizing a public awareness talk followed by door to door survey at Poanta Tibetan Settlement. A similar process was initiated at Puruwala and is ongoing at Kamrao and Sataun at the moment.

-Filed by the Department of Health 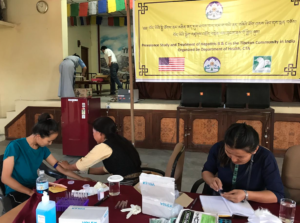 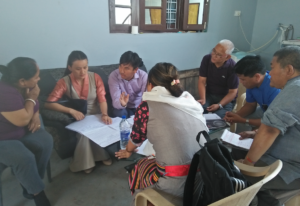