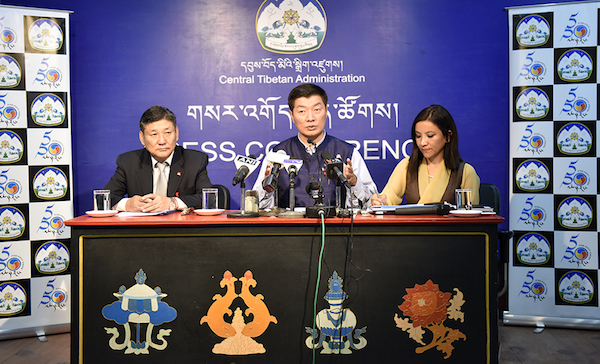 Addressing the press conference today, Dr Lobsang Sangay, President of the Central Tibetan Administration explained the five-fifty vision as as being premised on His Holiness the Dalai Lama’s advice to ‘hope for the best and prepare for the worst.’

Elucidating on the changes in the global political environment, Dr. Sangay voiced the importance of sustaining and advocating the Tibet cause, Tibetan identity and empowering the Tibetans through education and preserving the unity among Tibetans in Tibet and exile. This, he said, is what the Fifty Vision strives for: a strategy that would assist in carrying out the Five-year Vision focusing on the aspiration of Tibetans in Tibet and to ensure the return of His Holiness Dalai Lama to Tibet.

“Experts, scholars, strategists and old friends of Tibet will attend the three-day forum. They will deliberate on how best to amicably resolve the issue of Tibet based on the Middle way Approach within the next five years, while securing the future of the Tibetan people in the next 50 years,” he said.

Dr Sangay further said that “there have been numerous internal discussions on how best to resolve the Tibet issue. Sometimes, the problem with internal discussions is we tend to get stuck in tunnel vision. So to overcome this obstacle, we are holding this forum for some of out the box thinking on our future course of action,” he said.

Dr. Sangay released the promotional video of the Five-Fifty Vision at the press conference.

DIIR Secretary Sonam Norbu Dagpo briefed the press about the themes and agenda of the forum. He iterated that the forum would be held under the Chatham House Rule to facilitate free-flowing discussions and also to ensure confidentiality.

Dhardon Sharling, DIIR Secretary Equivalent explained the symbolism of the Fife-Fifty logo capturing the essence of the unity of the three provinces of Tibet and explained that the unbinding spirit of the Tibetan people will propel the Tibetan cause into greater heights and successes into the future.

The Five-Fifty Forum: Shaping Tibet’s Political Future organized by the Department of Information and International Relations (DIIR) of CTA will begin tomorrow and will conclude on 8 October 2017. Over 185 participants from 21 countries have converged in Dharamsala for the three-day forum. 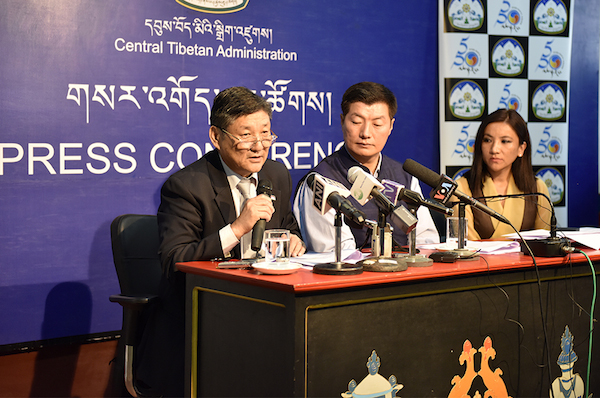 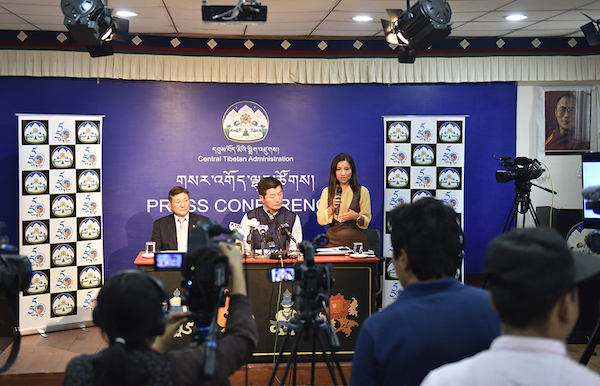