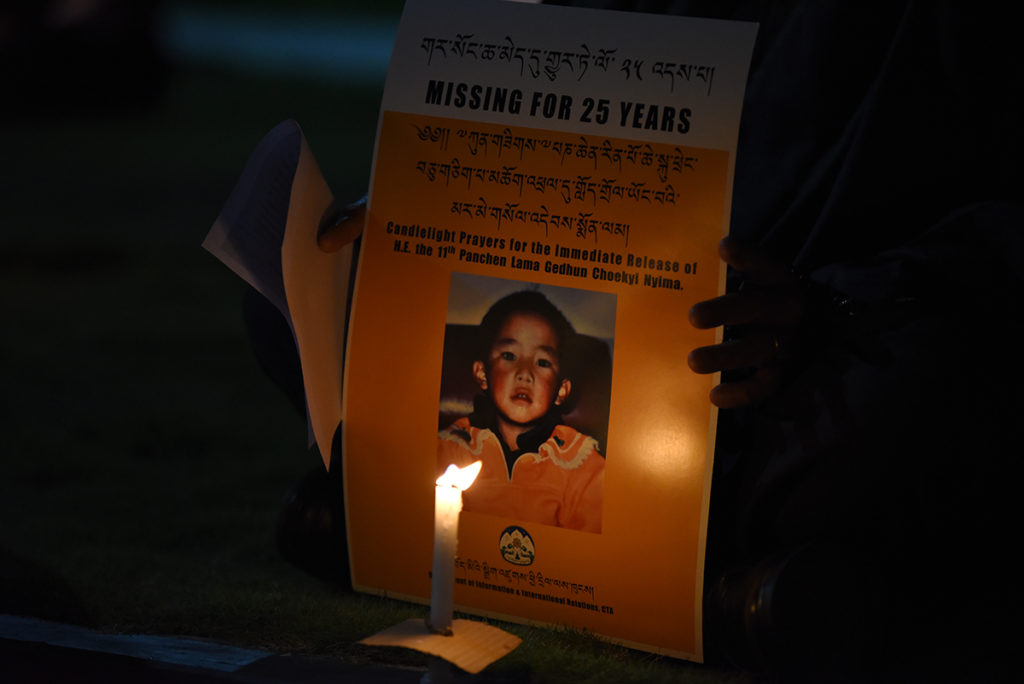 CTA successfully concludes month-long global advocacy campaign on the 11th Panchen Lama who was forcibly disappeared for a quarter of a century. Photo/Tenzin Phende/CTA

On 25 April, on the 31st birthday of Panchen Lama Gedhun Choekyi Nyima, CTA launched a month-long global advocacy campaign initiated through its Offices of Tibet in 12 countries to amplify the call for Gedhun Choekyi Nyima’s release as well as to pressurise China to disclose verifiable information on his current well-being and whereabouts.

Gedhun Choekyi Nyima held captive for the last 25 years by the Chinese authorities was recognised as “the true reincarnation of Panchen Lama” on 14 May 1995 by His Holiness the Dalai Lama during a ceremony in Dharamshala, India. Just three days later on 17 May, the Chinese government abducted 11th Panchen Lama who was then six years old along with his family. Countries around the globe marked his birthday in grief and concerns just like in the past years.

CTA under the guidance of Sikyong on 17 May commemorated the 25th anniversary of the Panchen Lama’s enforced disappearance through an online virtual panel discussion followed by a global candlelight prayer for the release of Panchen Lama.

On 19 May, Chinese Foreign Ministry spokesperson Zhao Lijian issued a statement that Gedhun Choekyi Nyima “received free compulsory education when he was a child, passed the college entrance examination and now has a job.” He further said that “neither the now 31-year-old man nor his family wishes to be disturbed in their current normal lives.” He gave no further details.

The recurring human rights abuse needs to be redressed. China’s claim of him leading a healthy, normal life cannot be considered credible unless we see him. His case registered with the UN Working Group on Enforced and Involuntary Disappearance in 1995 is one of the oldest continuing cases of enforced disappearance in the world. Gedhun Choekyi Nyima is one of the world’s longest-serving political prisoners and the youngest one.

On the last day of the month-long global advocacy campaign on 11th Panchen Lama, 25 May, the DIIR Human Rights Desk released a 5-minute video titled “Global Candlelight Vigil in Solidarity with Tibet’s Panchen Lama” highlighting people from different countries across the world standing in solidarity with the 11th Panchen Lama and praying for his release.

To this day, the fate of Tibet’s Panchen Lama Gedhun Choekyi Nyima remains unknown. The concern will linger on for as long as the Chinese government continues to arbitrarily detain and disappear Tibetan political prisoners, including Gedhun Choekyi Nyima, his parents, and Chadrel Rinpoche.