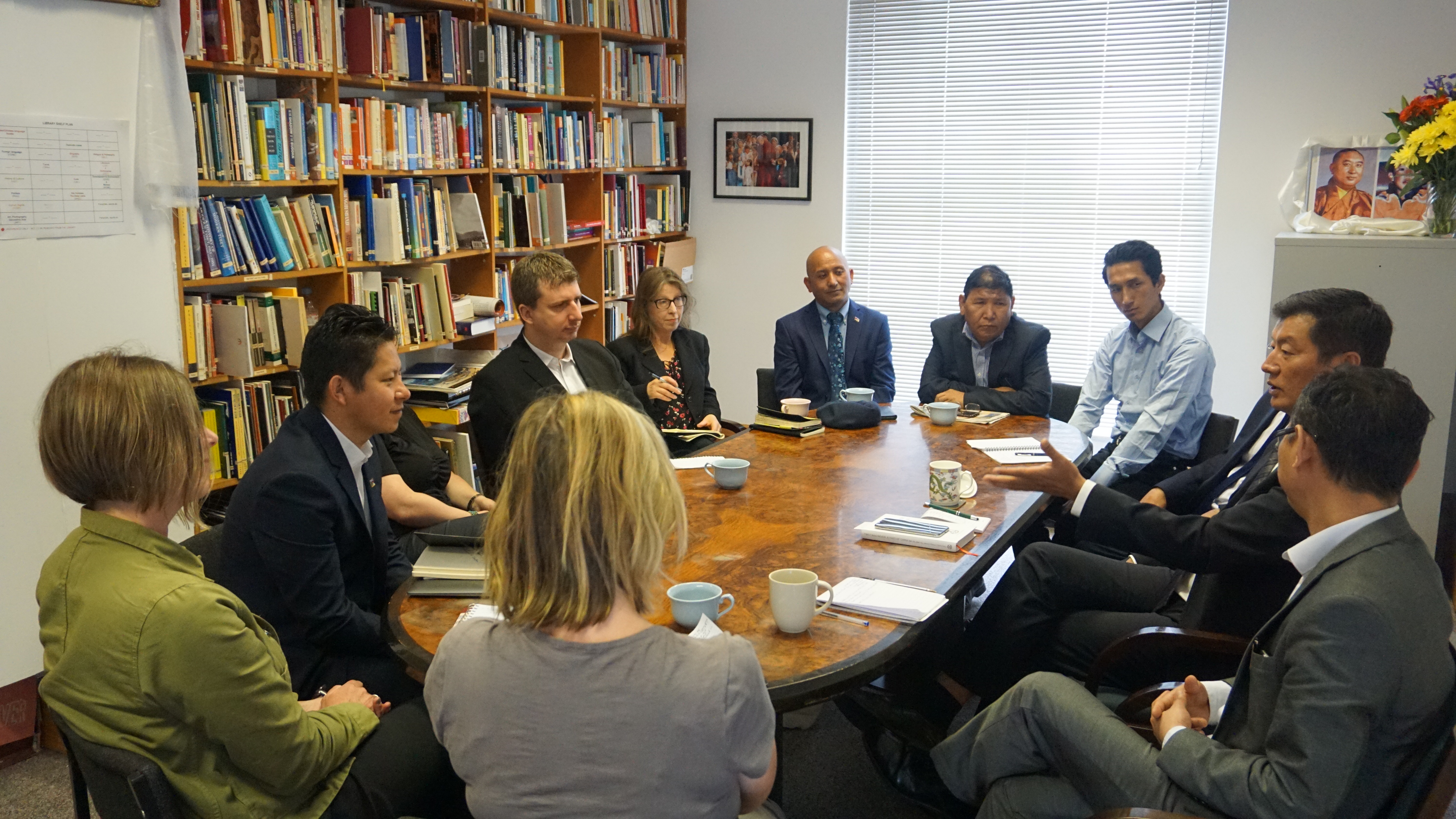 President Dr Lobsang Sangay at the meeting with representatives of UK based Tibet Support Groups.

19th June, 2019, London, UK: The President of the Central Tibetan Administration met with representatives of major Tibet related charities operating in the UK for a first of its kind meeting, organised by Tibet House Trust as part of its 25th Anniversary activities to ensure better coordination among the different charities. The President used the opportunity to thank the charities for their contributions towards the education, health and community development of Tibetans.

Recognising the importance of the Tibetan youth’s pro-active involvement in the Tibetan movement, the Office of Tibet, London in conjunction with the Tibetan Community in Britain organised a youth outreach event where the President was invited to speak. The interest of the Tibetan youth was evident from the good turnout of Tibetan youth, who crammed into the meeting room and listened in with full enthusiasm.

The President urged them not to forget their Tibetan identity when he advised them that they should ‘integrate but never assimilate’. Explaining about the forthcoming Five-Fifty Youth Forum to be held in Dharamshala in the autumn, he urged active participation from the UK. He underlined the importance for the Tibetan students to excel in their studies and through their specific expertise to contribute to the Tibetan cause in their own way. During the question & answer session, the audience put forward their queries to the President, mostly centered on the role of youth and how they can better contribute to the Tibet issue.

The President began his day on 20th June with an interview for Financial Times, represented by FT’s Global China editor James Kynge. The questions ranged from the reincarnation issue, China’s role in redefining human rights, the Belt and Road Initiative and the growing influence of the United Front.

Immediately after the interview the President met with representatives of UK based Tibet Support Groups, in the backdrop of the successful Google Dragonfly campaign, where he had an hour-long interaction.

Over lunch, the President attended a closed-door round table discussion with UK based academics and China experts to explore possibilities for resumption of dialogue.

The President concluded his official engagement for the day by attending a dinner organised to mark the Silver Jubilee anniversary of Tibet House Trust where major supporters and donors were present. Referring to 94% literacy rate of Tibetans in exile & 97% pass percentage in Tibetan schools and the dedication of the all those working in the Central Tibetan Administration, the President explained how the education sponsorship of the donors was being effectively utilised in the Tibetan schools in exile and how the projects were being implemented with minimal wastage. He thanked them all for their support through the years. 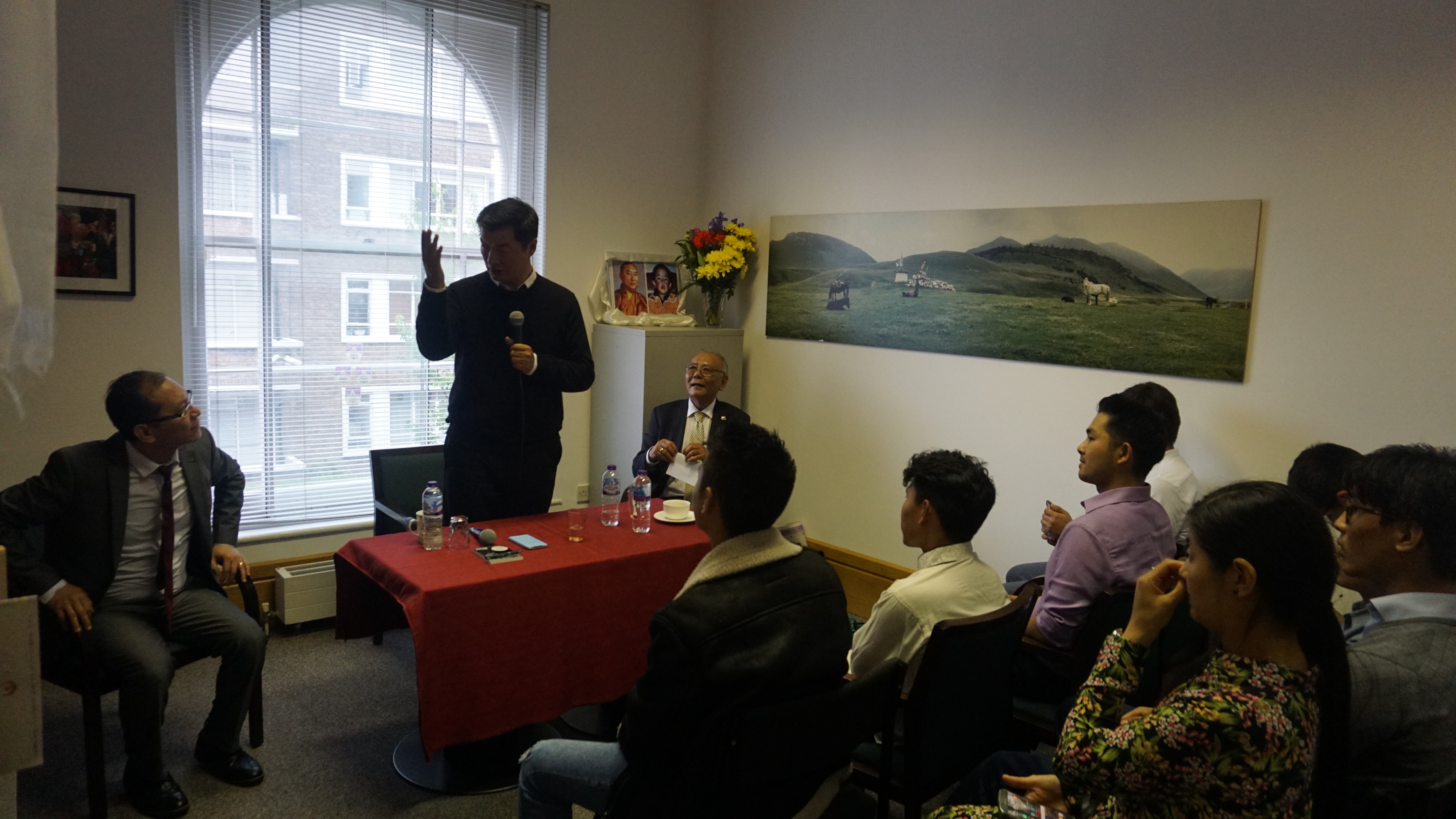 President Dr Sangay speaking at youth outreach event organised by the Office of Tibet, London in conjunction with the Tibetan Community in Britain. 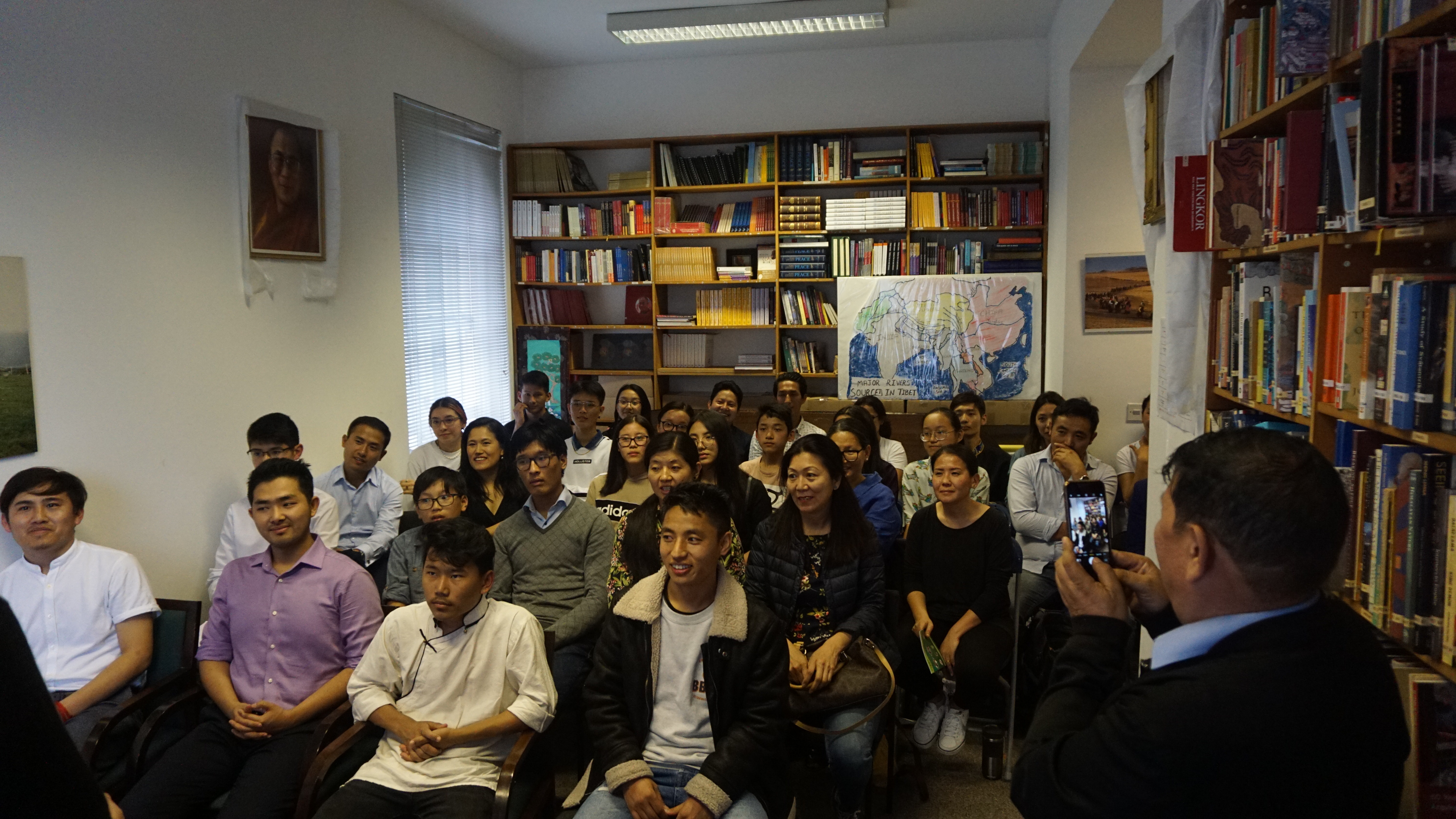 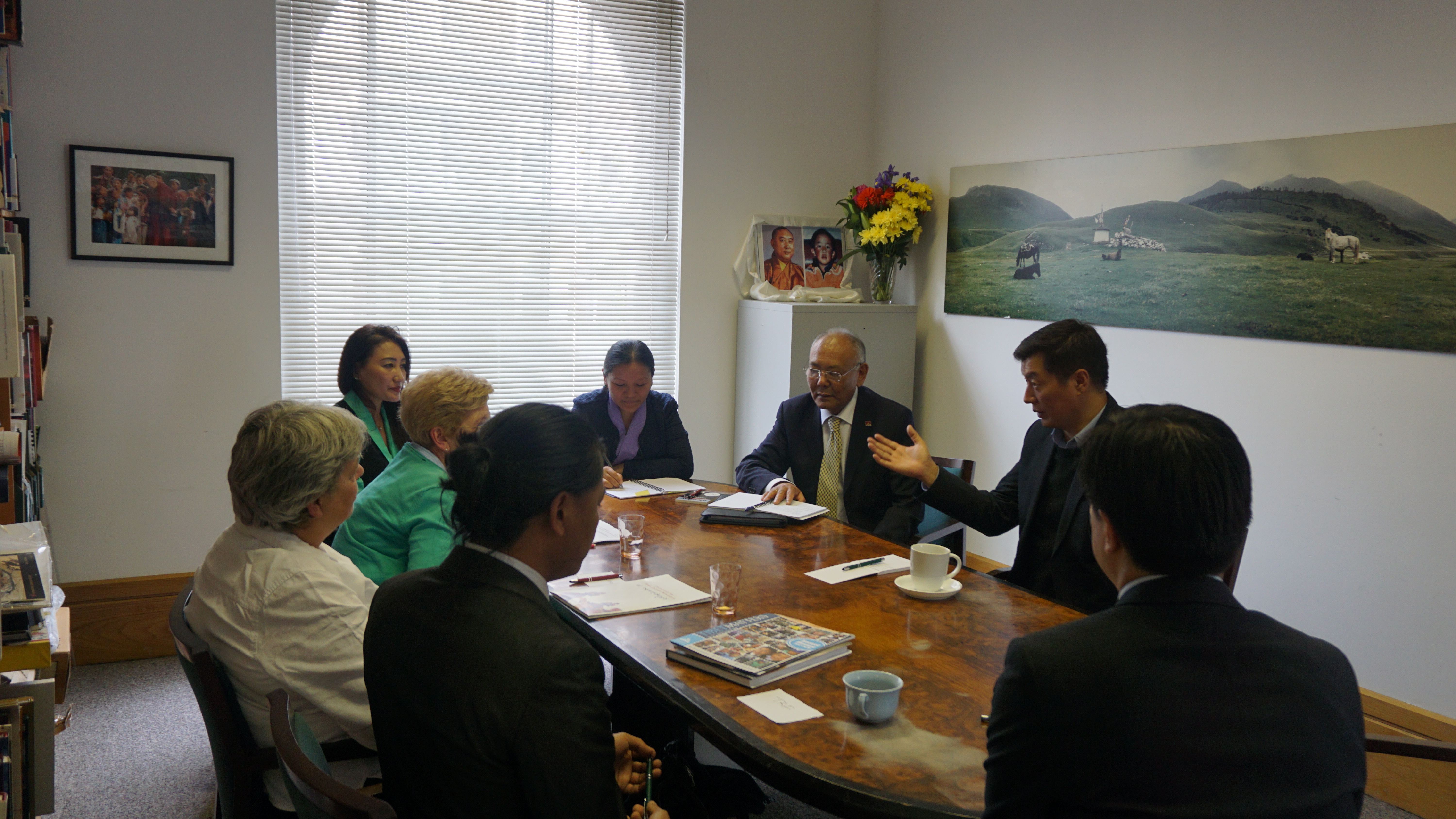 President Dr. Lobsang Sangay at the meeting with representatives of Tibet related charities in UK at Tibet House. 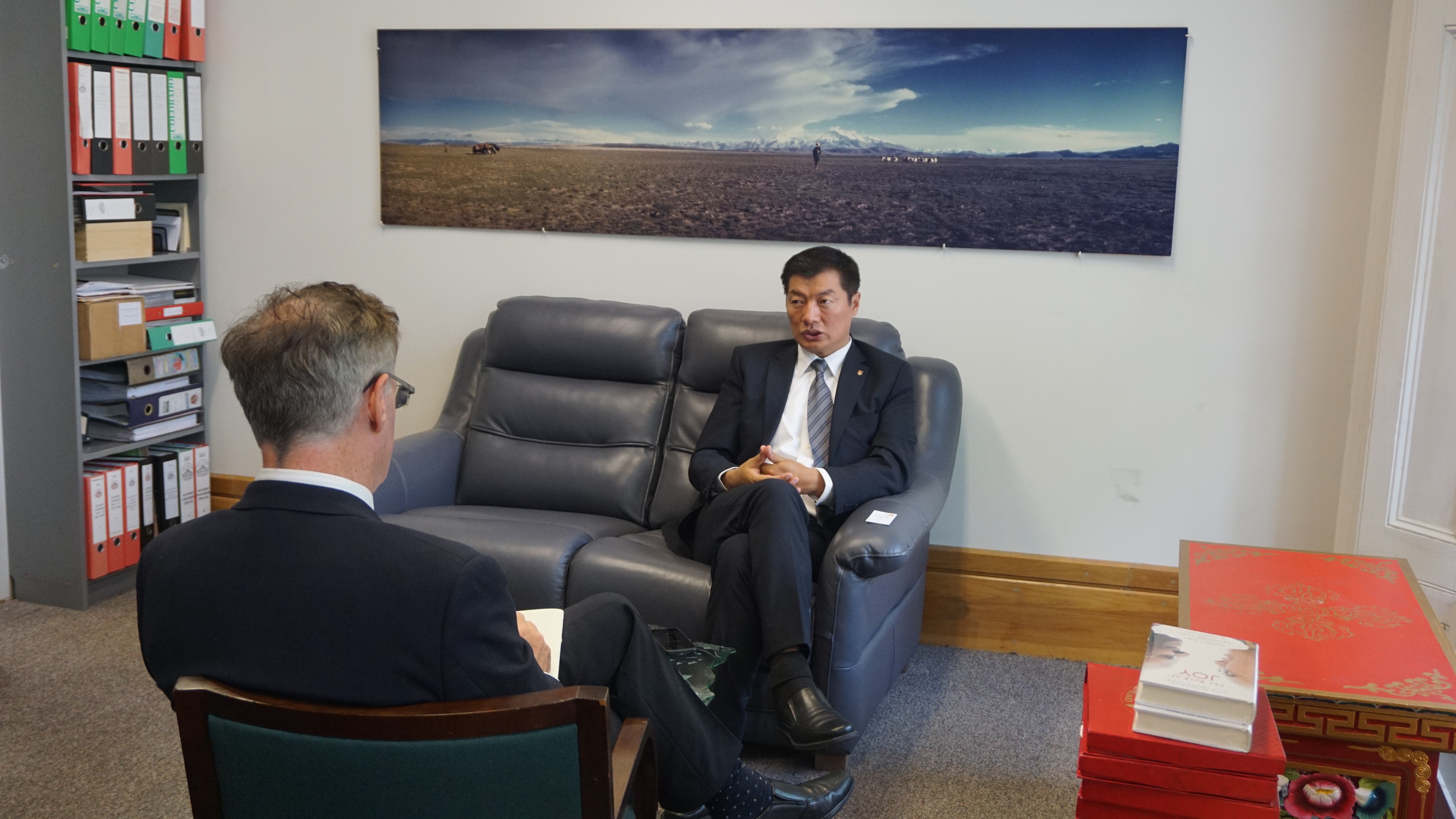 Working dinner and meeting with core group of supporters and sponsors. 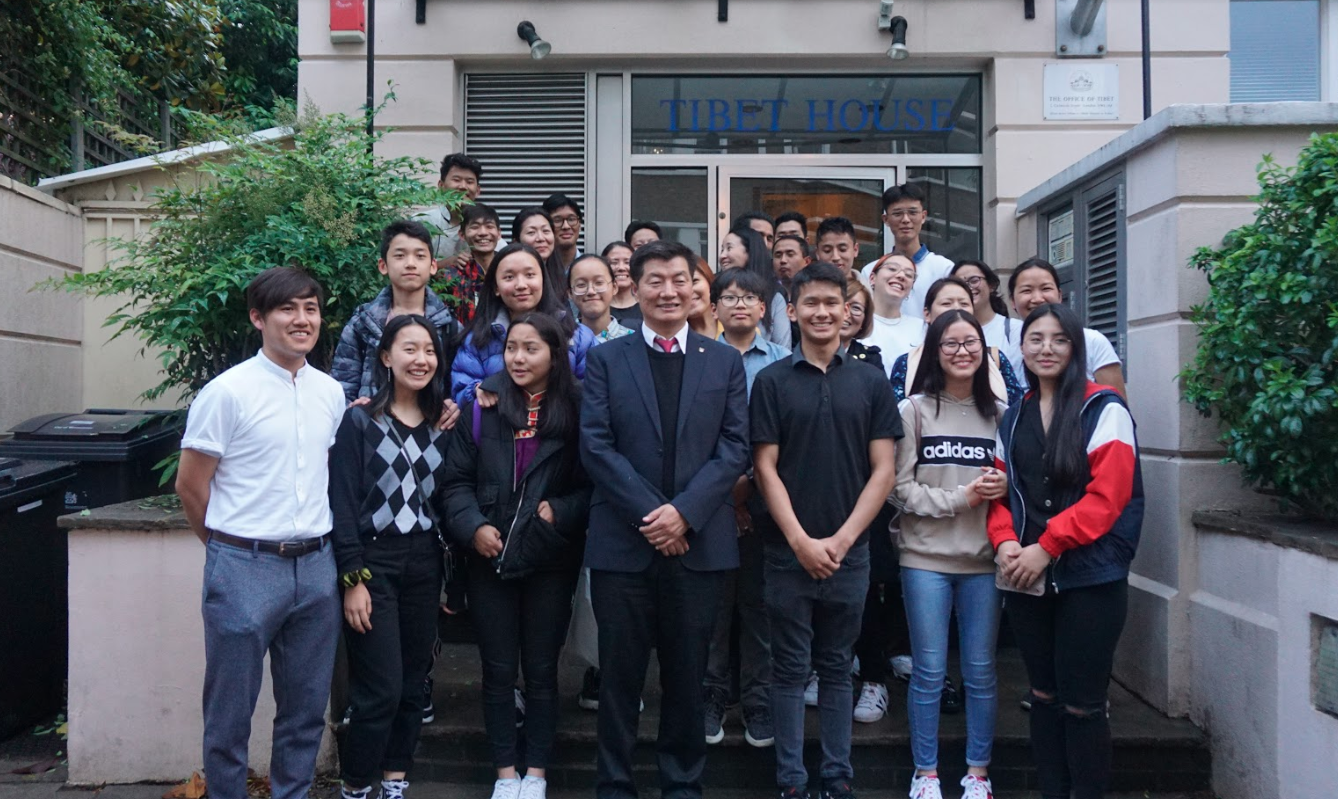 President Dr Sangay with Tibetan youth at the Youth Outreach event organised by Office of Tibet, London in conjunction with the Tibetan Community in Britain. 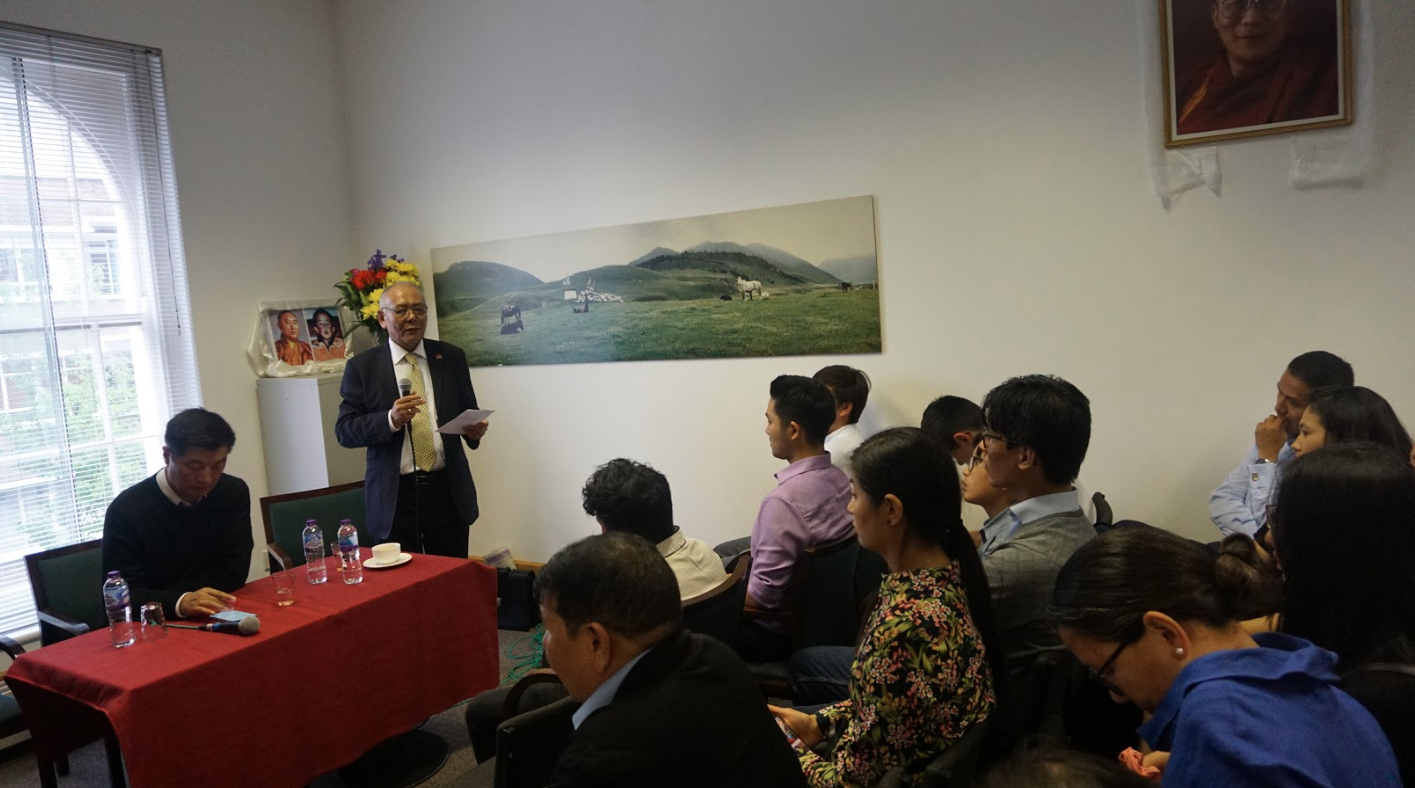