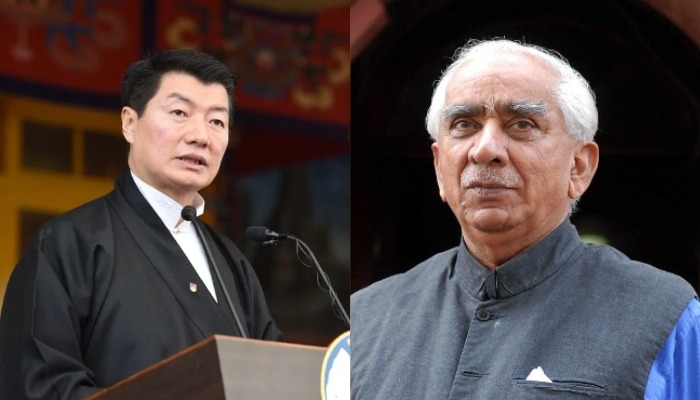 The former Union minister died in New Delhi on Sunday following a long spell of illness. He was 82.

Expressing his condolences over Jaswant Singh’s death, Dr. Sangay said he was deeply saddened to hear that the veteran leader and Tibet supporter was no more.

“On behalf of the Central Tibetan Administration (CTA) and the Tibetan people, I extend my heartfelt condolence to the government and people of India as they grieve the loss of an eminent national leader.”

“Shri Jaswant Singh was a towering statesman who held crucial portfolios as India’s foreign minister, defense minister and finance minister and was one of the country’s longest-serving parliamentarian. He played a key role in strengthening India’s ties with various nations as a foreign minister and left an indelible mark in the economic and political development of the country. India has benefitted immensely from his astute leadership and distinguished services.”

“I feel privileged to have known him and am honoured to have met him on two occasions in Delhi and Harvard,” he adds. “Tibetans across the globe pay deepest condolences, and our thoughts and prayers are with the bereaved family and supporters.”

In 2013, the former minister had participated in CTA’s Global Solidarity with Tibet Campaign and affirmed his support for Tibet and ‘in finding an early resolution to the pressing Tibetan issue.’

Born on January 3, 1938, Shri Jaswant Singh was a retired officer of the Indian Army and was one of the founding members of the BJP. He was also one of the longest-serving Parliamentarians and has served as a member of both the Houses. Jaswant Singh held the defence, external affairs and finance portfolios in Atal Bihari Vajpayee government’s different ministries from 1996-2004. He had also authored six books including “Jinnah: India, Partition, Independence” and “Defending India”.