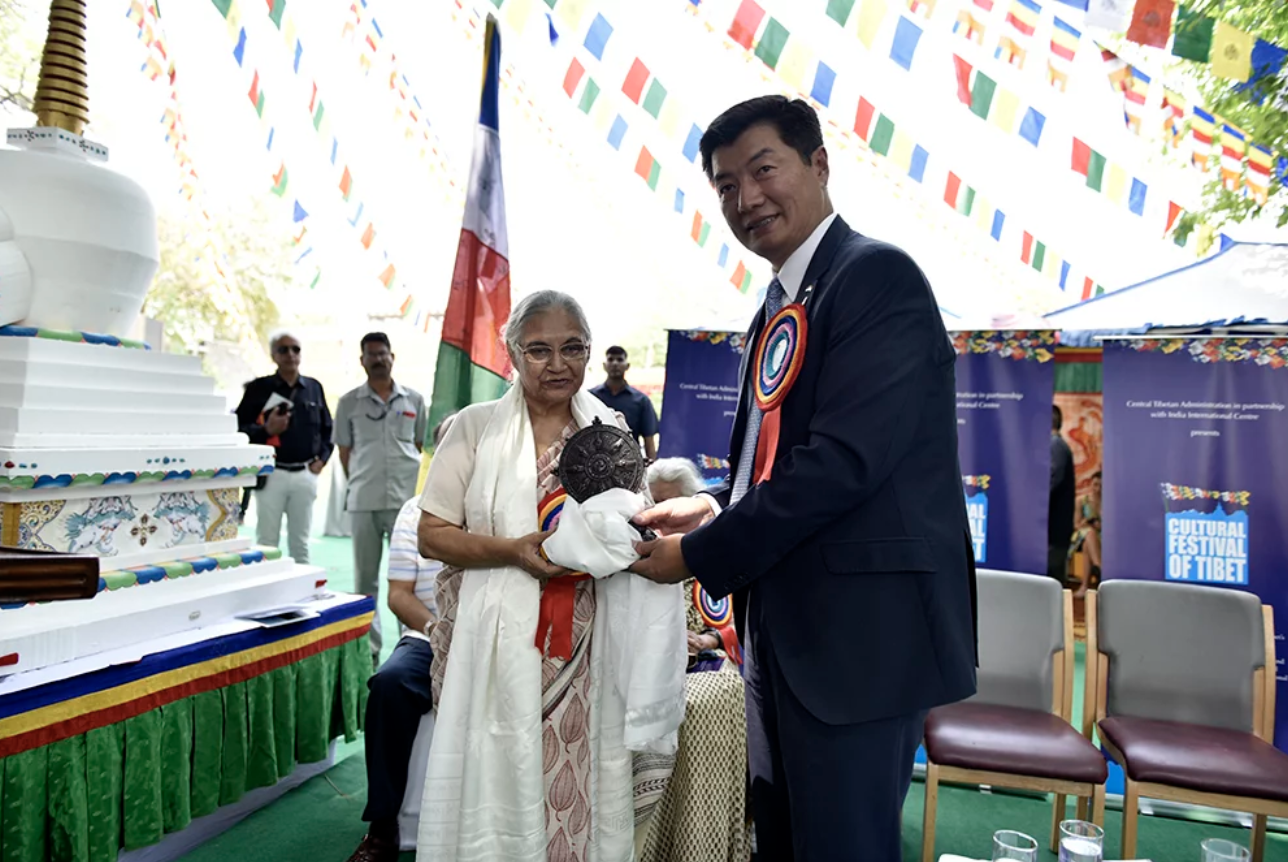 Dharamshala: President Dr Lobsang Sangay condoled the demise of veteran Indian leader and former Delhi Chief Minister Sheila Dikshit who passed away at the age of 81 after suffering a cardiac arrest on Saturday.

Extending his heartfelt condolences to family and loved ones of Smt Sheila Dikshit, Dr Sangay said he was deeply saddened to hear that the veteran Indian leader and dear friend of Tibet is no more.

“A stalwart Congress leader, Former Union Minister, Member of Parliament and longest serving Chief Minister of Delhi, Smt. Sheila Dikshit devoted her entire life to the service of the nation and society. Throughout her 15-year stint as the Chief Minister of Delhi, she made immense contribution to the state and her governance ushered all-round development of the national capital,” the President said.

Furthermore, he said, “She was a staunch supporter and long time friend of Tibet and Tibetan people who had deep reverence for His Holiness the Dalai Lama. She played a vital role in ensuring the welfare of Tibetans living in India especially Tibetan residents of Delhi.”

He concluded, “Tibetans worldwide will forever remember her as a torch bearer of Tibetan movement in India and a true friend. Our thoughts are with the bereaved family and supporters.”

Smt Sheila Dikshit was the president of the Delhi Congress. The veteran politician was the longest-serving chief minister of the Indian capital, serving for three terms from 1998 to 2013. She also served as the governor of the southern state of Kerala. Dikshit became an MP for the first time from Kannauj Lok Sabha seat in Uttar Pradesh in 1984. She was also a close associate of former prime minister Rajiv Gandhi and a minister in his cabinet. She breathed her last on Saturday in a cardiac arrest.