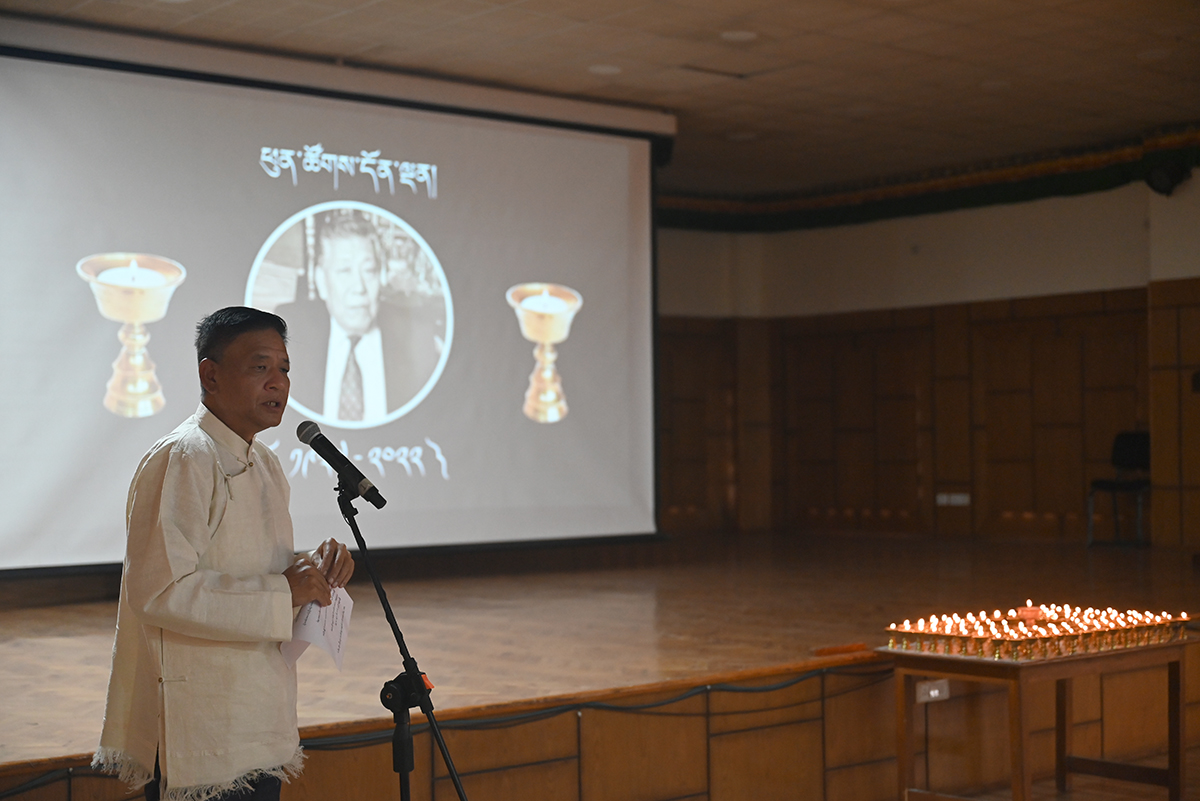 Dharamshala: The Central Tibetan Administration today held a prayer service to mourn the demise of Phintso Thonden, former Representative of then Office of Tibet in New York who passed away on Thursday, 28 July in New York due to prolonged illness. He is survived by his wife Pema, daughters Chime and Yodon and five grandchildren.

The leadership of CTA headed by Sikyong Penpa Tsering, Tibetan parliamentarians, Commissioners of the Tibetan Supreme Justice Commission along with officials and staff attended the mass prayer.

Delivering the eulogy for the deceased, Sikyong Penpa Tsering said, “CTA will remain indebted to the contributions of Phintso Thonden who even after resigning from service was vigorously involved in serving the community. We offer our deepest condolences to his family members”.

Soon after completing his college at St. Joesph in Darjeeling, he joined the Central Tibetan Administration in 1964 as an official at the Tibetan Foreign Affairs Office now called the Department of Information and International Relations. He had also served as the representative of His Holiness the Dalai Lama in the Office of Tibet, New York (1967-1973) and Bureau of His Holiness the Dalai Lama in New Delhi (1973-1976). During his service as the representative in the US, Phintso had worked tirelessly in varying capacities with the ambassadors at the United Nations to raise awareness for the Tibetan cause. Following his resignation from the service, he along with Taktser Rinpoche (eldest brother of HH the Dalai Lama) and Tsepon Wangchuk Deden Shakabpa issued a petition for complete independence of Tibet. In addition, the former representative had many articles on Tibet published in the American press. 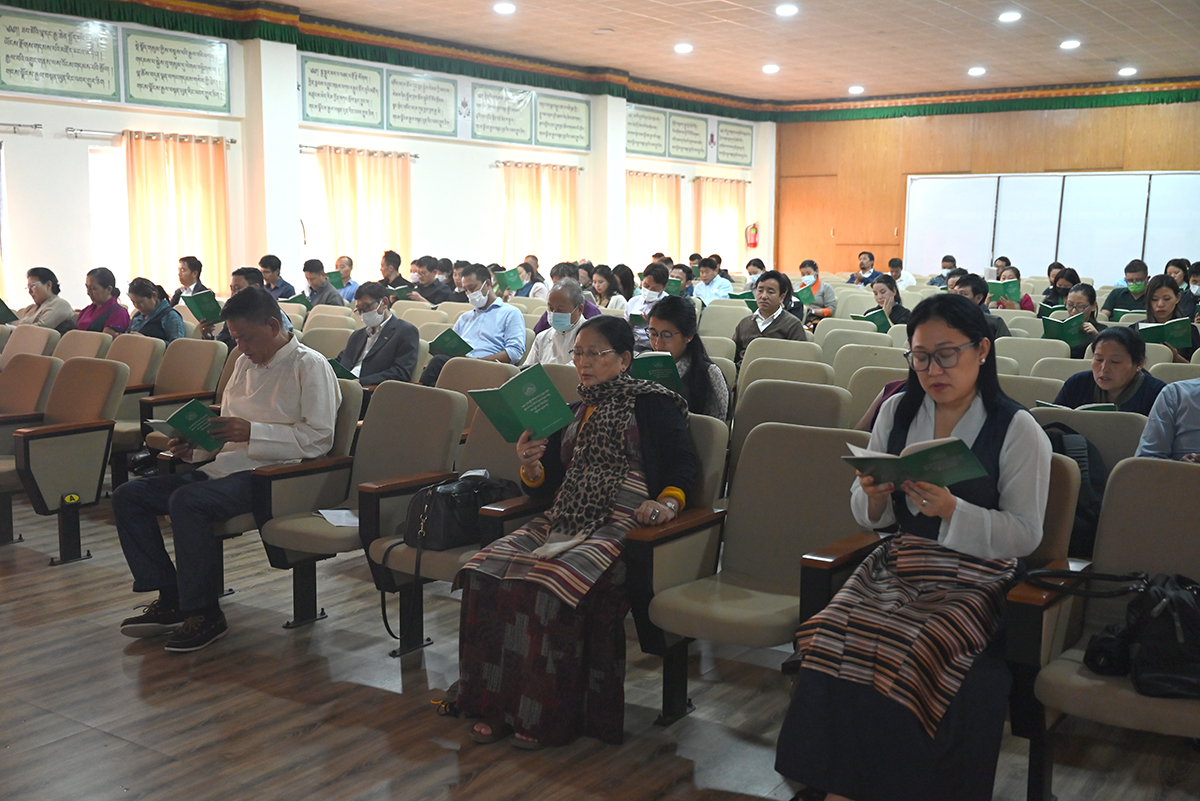 Leadership of CTA at the prayer service. 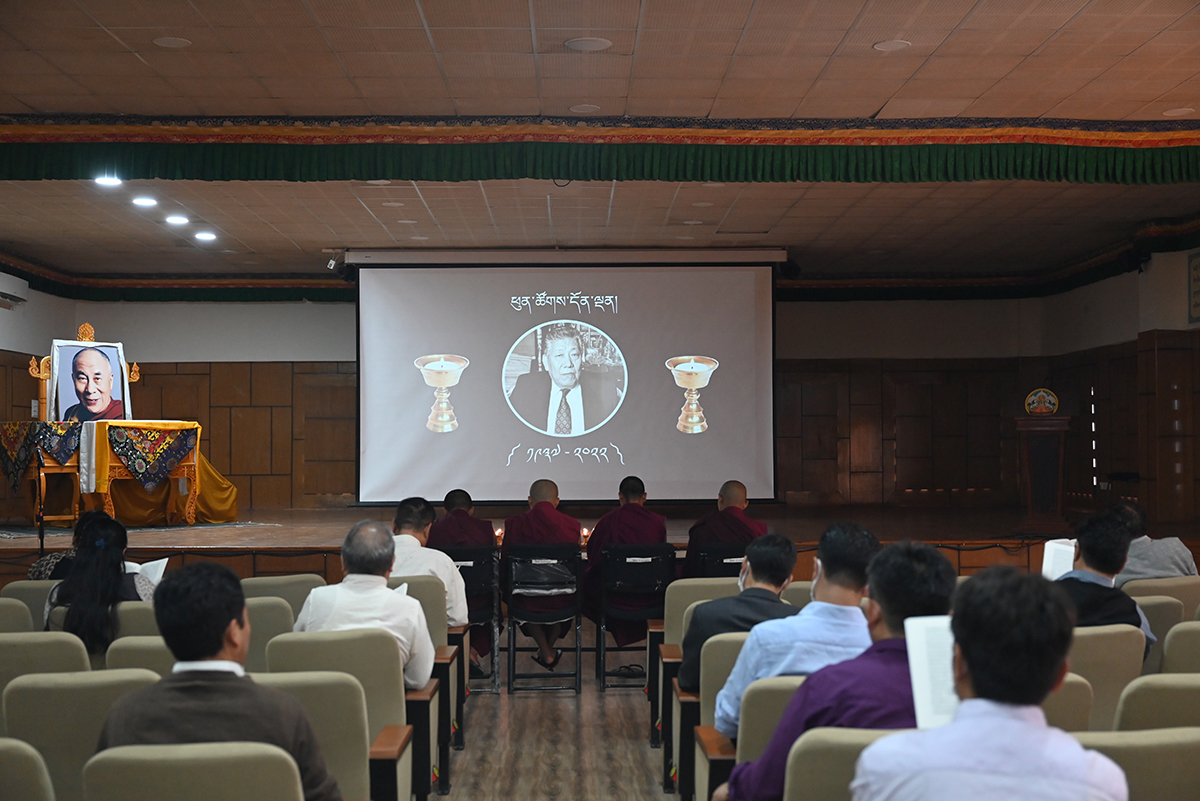