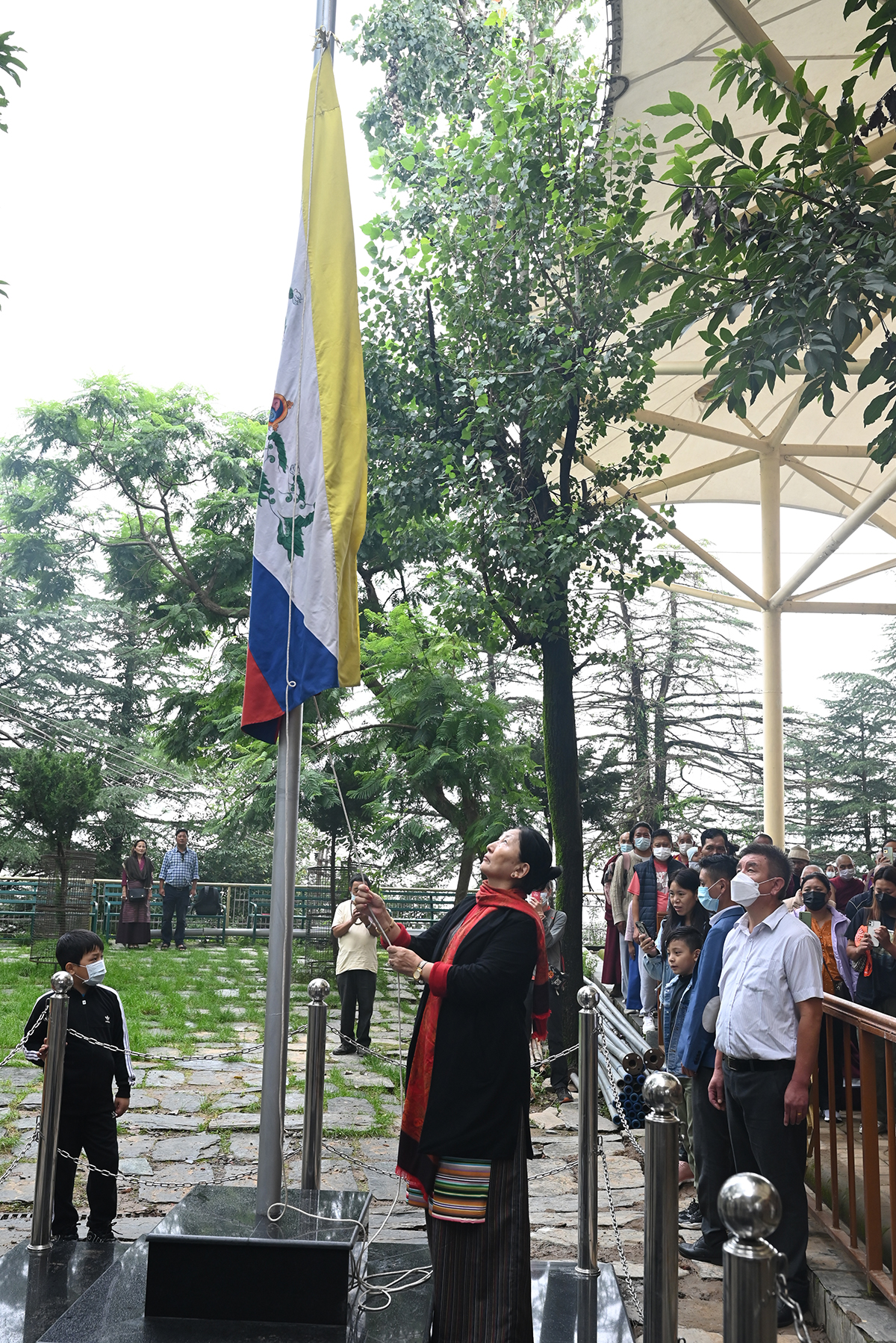 Dharamshala: On the occasion of the 62nd Tibetan Democracy Day, the Central Tibetan Administration organised a brief ceremony at the Tsuglakhang today at 10 am.

Following the ceremonial tradition, TIPA-led the gathering in the singing of the Democracy song.

The Officiating Sikyong delivered Kashag’s statement on the Democracy Day speaking on the evolution of the Kashag and the Judiciary during the democratic process.

She noted,”The Kashag was established by the Seventh Dalai Lama Kelsang Gyatso when he assumed  spiritual and political leadership of Tibet in 1751. The Kashag at that time constituted of three  lay and one monk ministers, the composition of which has since undergone gradual changes.  However, the uninterrupted continuation of Tibetan government’s legitimacy from the first  king Nyatri Tsenpo to Gaden Phodrang has been symbolized by the handover of official seal,  Katham Sishi Dikyi, by the Seventh Dalai Lama to then Kashag. The tradition of handing  over of the seal during the change of Kashag has continued until now. ”

Furthermore, she highlighted the important milestones of the Tibetan Democracy from the establishment of the exile government in India to the devolution of powers by His Holiness the fourteenth Dalai Lama to the popularly elected leadership.

She celebrated the recent US Congressional hearing on 23rd June 2022 which was the first of its kind hearing of experts on the historical status of Tibet and applauded Representatives McGovern and McCaul for introducing “the Promoting a Resolution to the Tibet-China Conflict Act on 13 July 2022”. “It not only conforms to the Central Tibetan Administration’s  Middle-Way policy, but also helps to give leverage to our efforts to resolve the Sino-Tibet  conflict through dialogue. We will continue to make efforts to encourage like-minded  countries in Europe to do the same.”

Next, the Speaker of the Parliament in Exile Khenpo Sonam Tenphel underscored the significance of the day, “The democratic system of governance is based on the postulation that there be no discriminatory distinctions made on the basis of a person’s social status defined by the question of whether he or she is powerful or weak, or rich or poor; whether that person is male or female; or on the basis of his or her ancestry. Rather, it is a system which views society in totality or in a general way, envisaging everyone as equal, with the primary consideration being given to acting on the basis of the will of the general public.”

“For the purpose of realizing the institutionalization of such a great system, countries across the world have undergone immense tribulations that have included wars, uprisings, and struggles. The outcomes have been determined by victory or defeat in such turbulences. The realization of a governance system by the assertion of the power of popular will through such various means is a continuing trend even today.”

“But that was not the case with the development of our democracy. Rather, it took place without the occurrence of any such turbulence, for it was gifted to us by His Holiness the Dalai Lama with delight and on account of His great affection for the Tibetan people. This is all too evident from the courses of the development of the democratic system of the Tibetan people in exile.”

The chief guest MLA Vishal Nehria similarly expressed his appreciation for the flourishing Tibetan community in exile and the role it has played in making Dharamshala an international tourist destination through its rich cultural heritage.

Similarly, the Speaker presented the award of excellence to civil service staff who has completed twenty-five years of service at the CTA and winners of the YES programme, an initiative of the Home Department.

The programme ended with the launch of the Tibetan translation of Representative T.G.Arya’s “Harnessing the Dragon’s Fume” by Acting Chief Justice Commissioner. 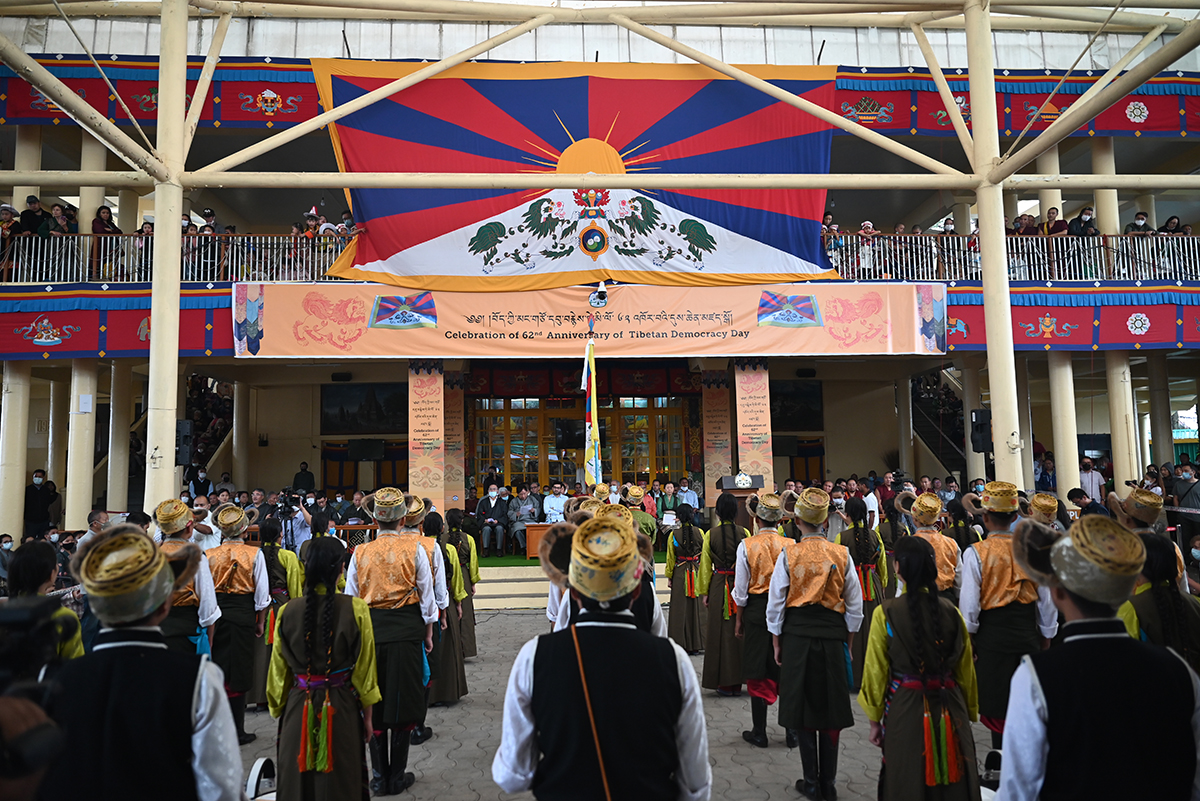 Singing of the Tibetan and Indian national anthem. Photo/CTA/Tenzin Phende 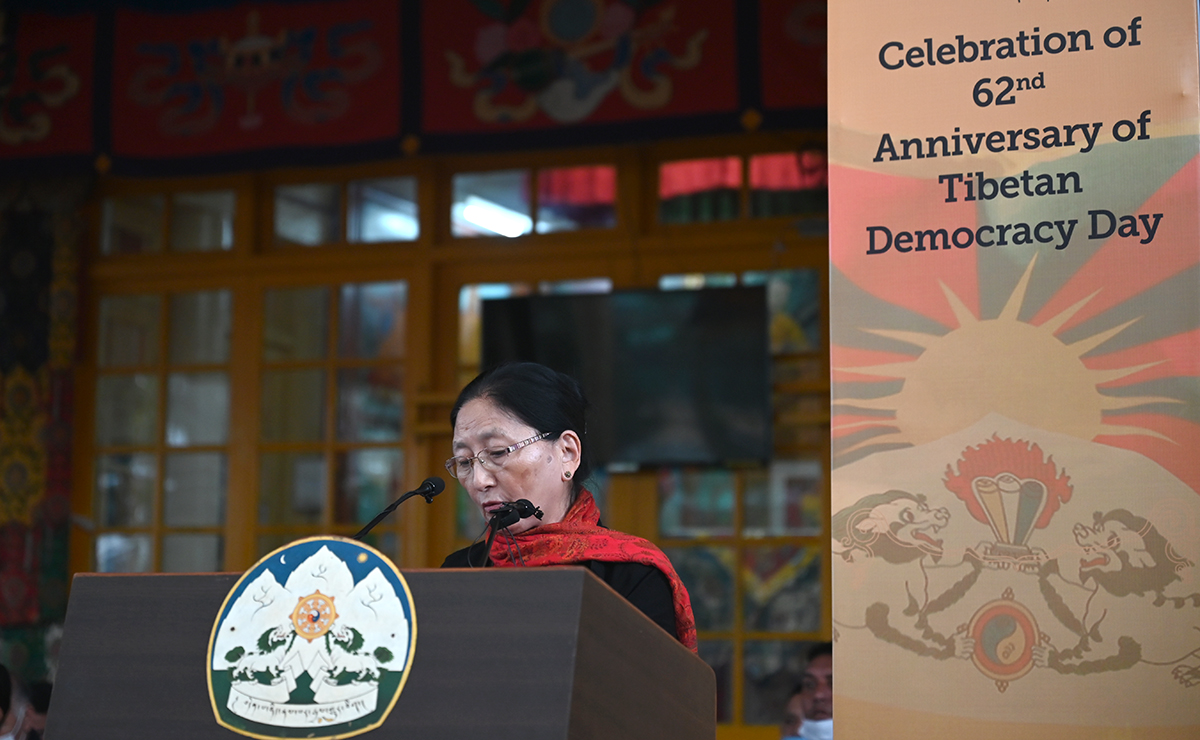 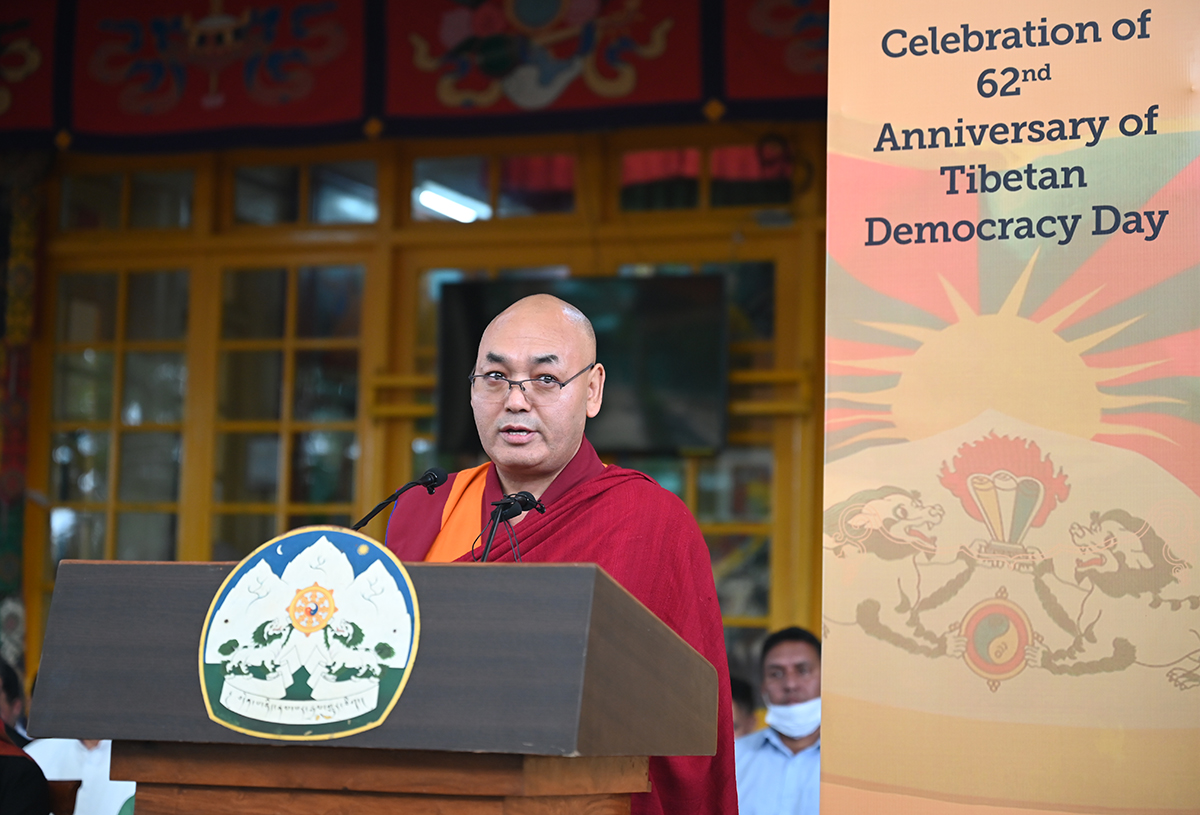 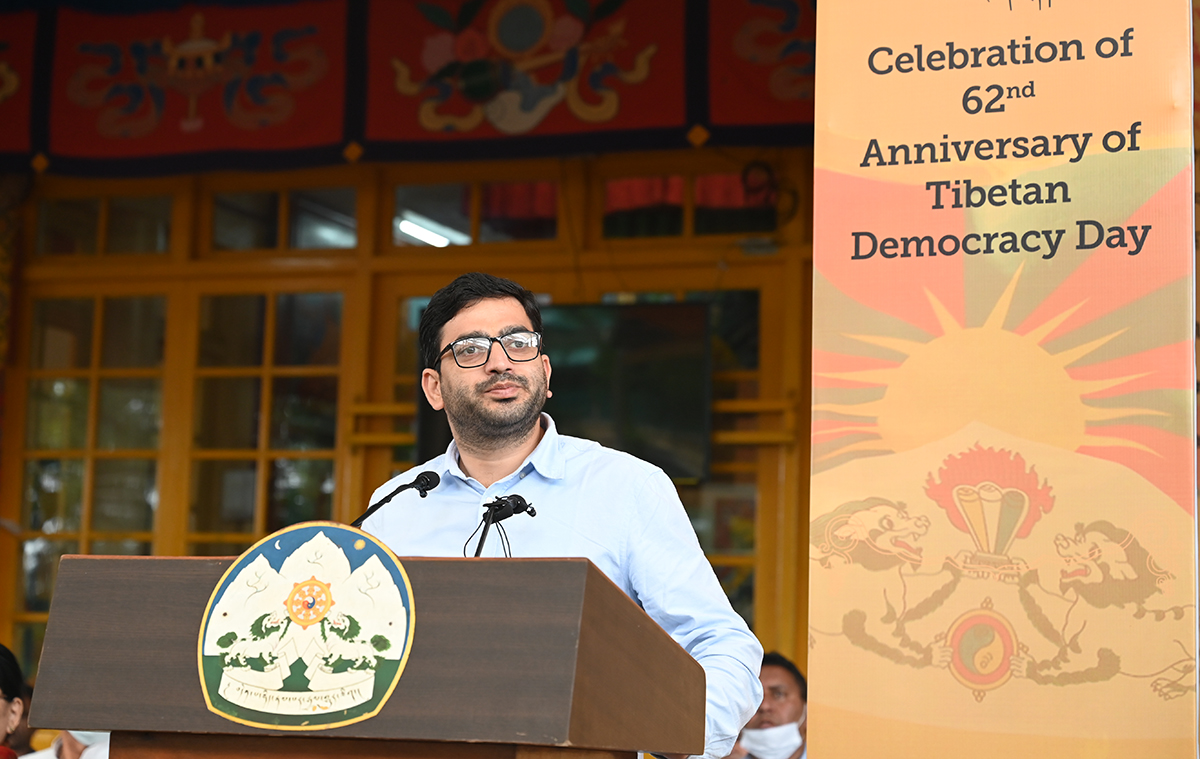 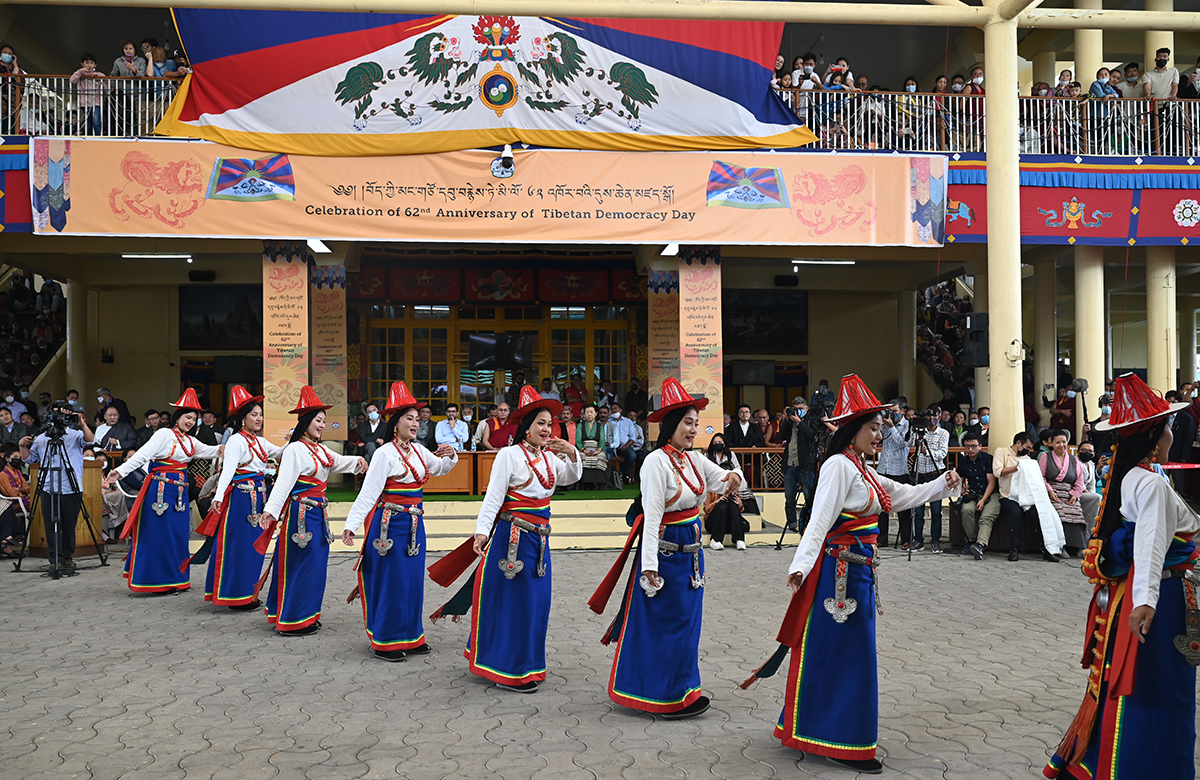 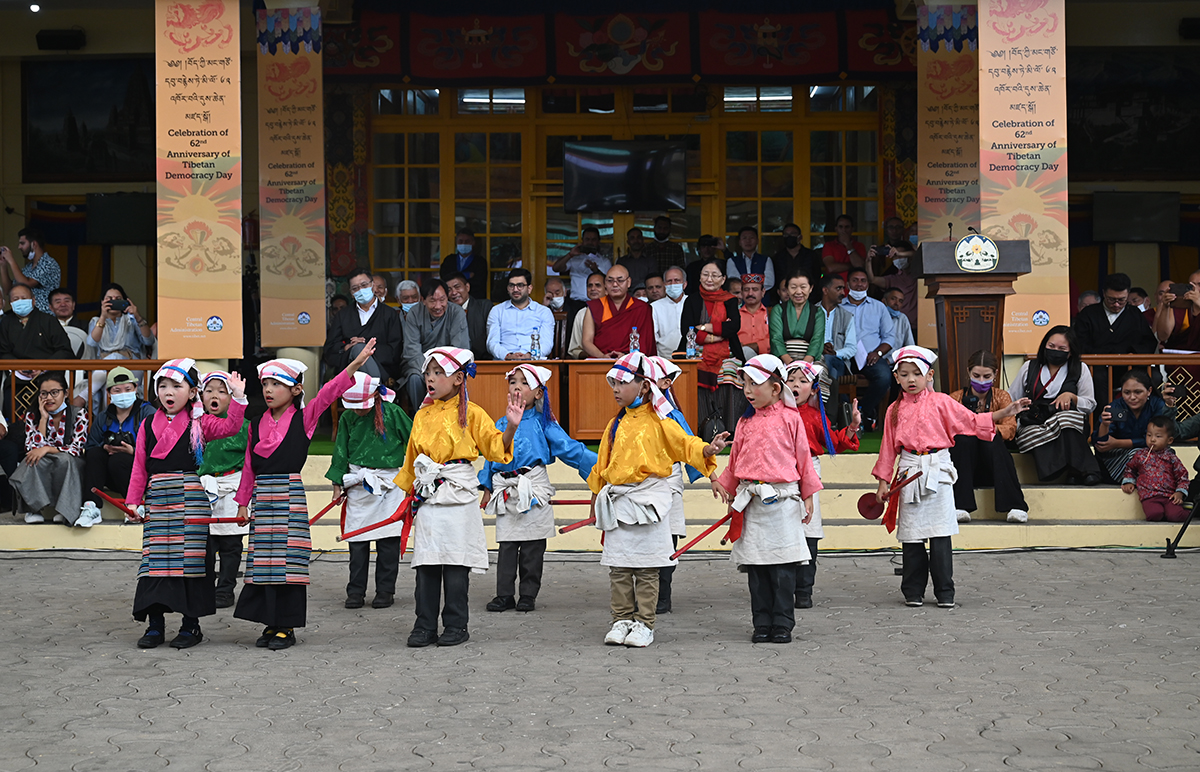 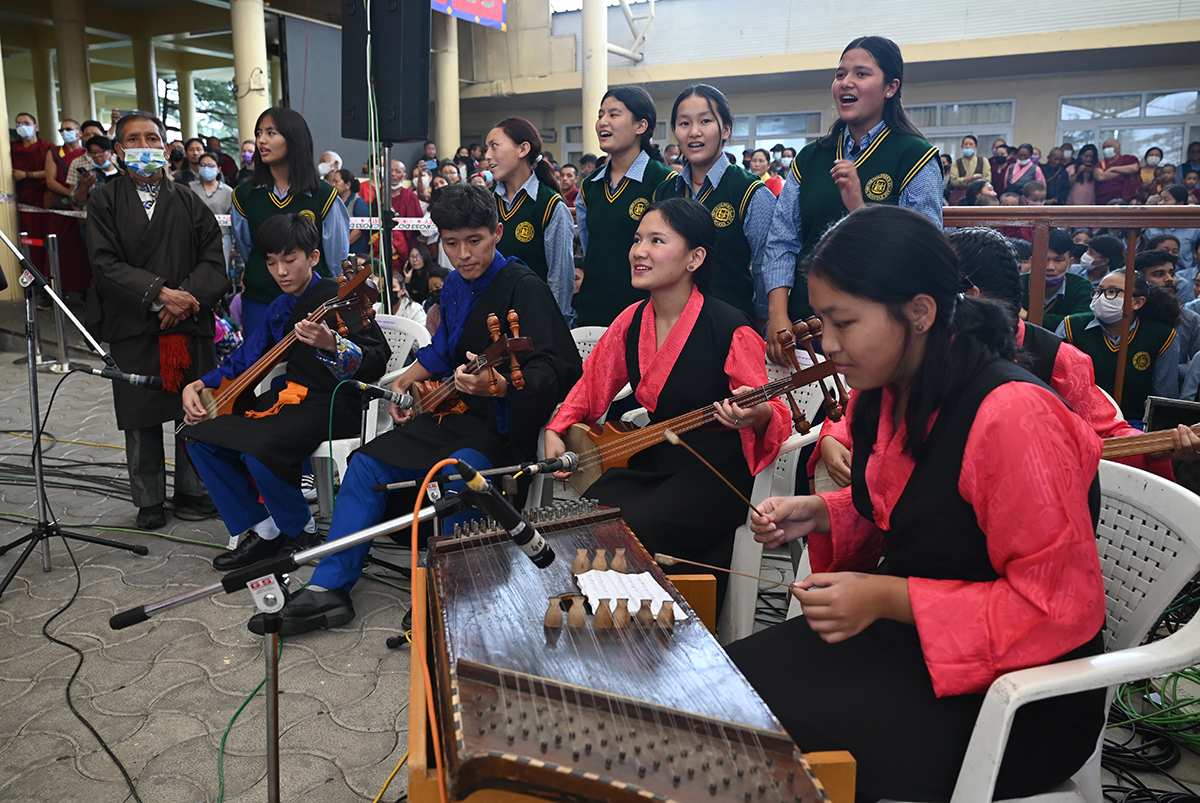 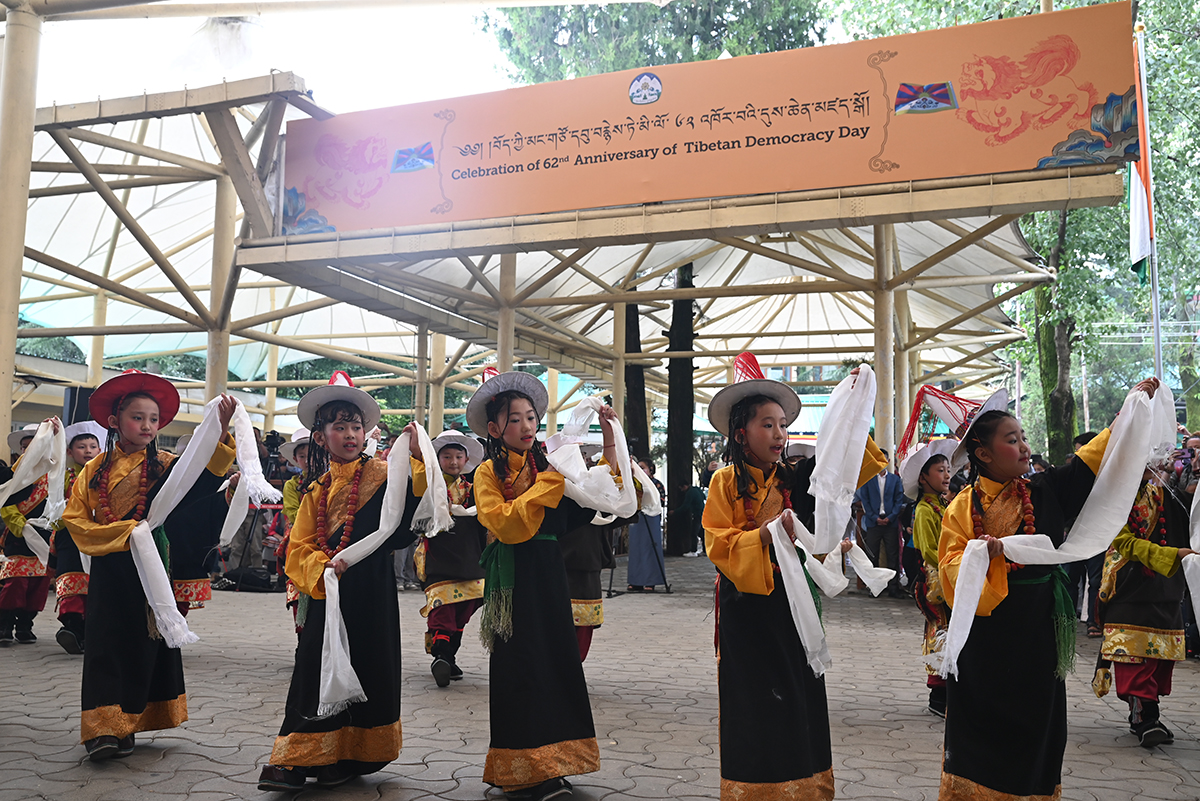 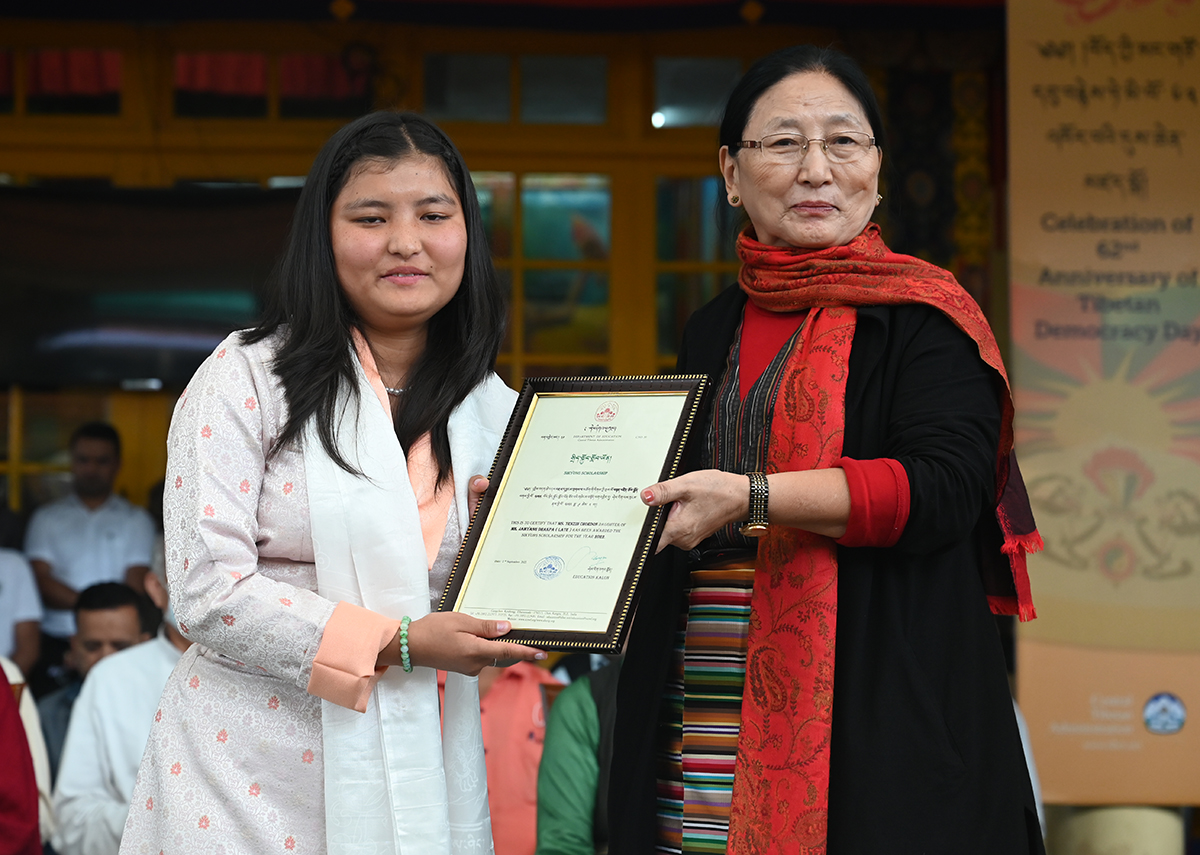 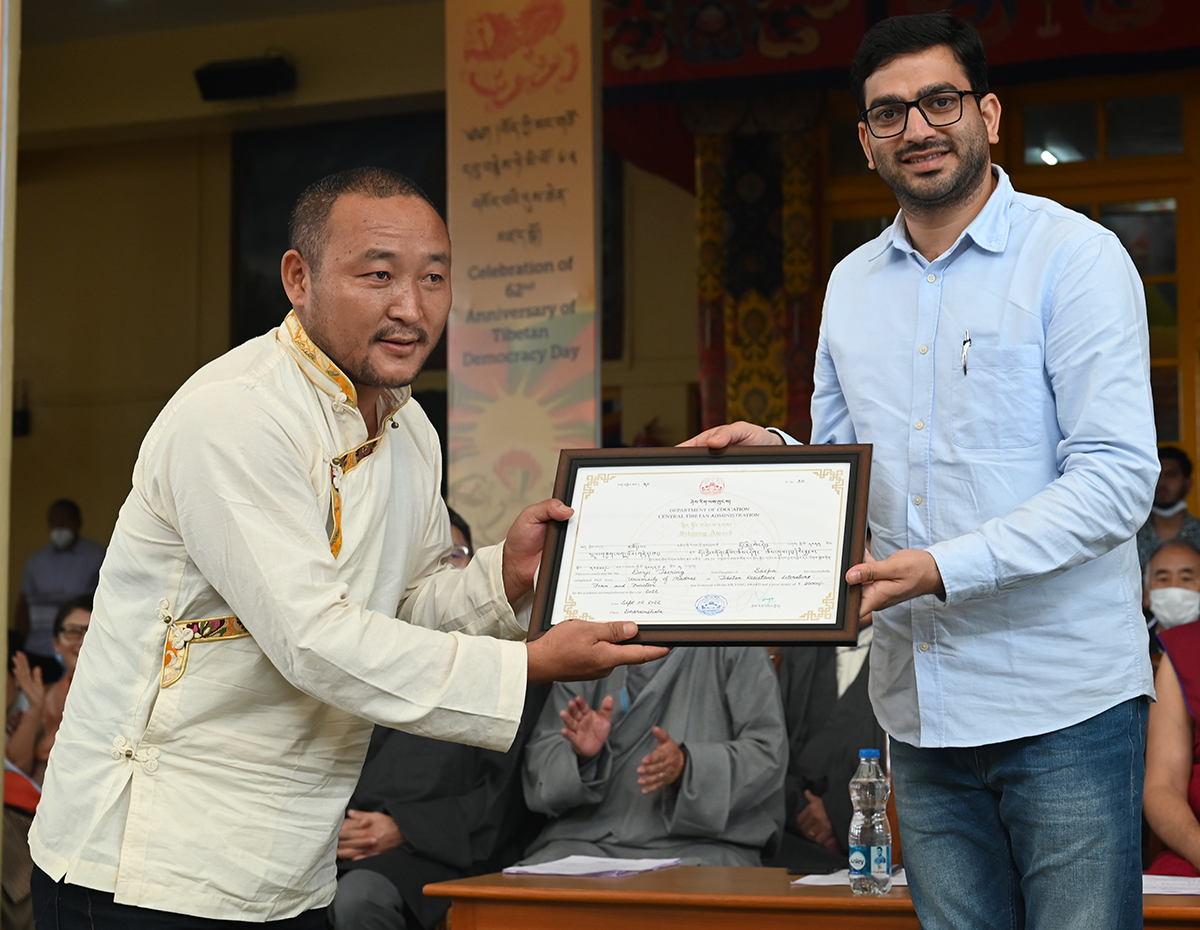