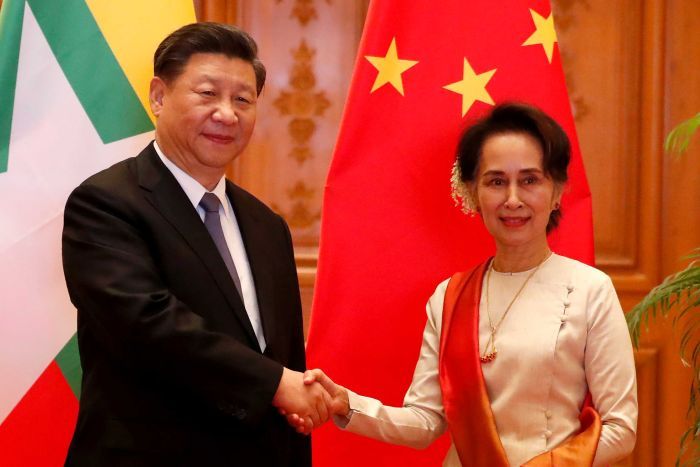 Dharamshala: Information Secretary of the Central Tibetan Administration, Mr Tsewang Gyalpo Arya on Tuesday decried a provision in the joint accord signed between China and Myanmar on 18 January that recognised Tibet along with Taiwan and Xinjiang (East Turkestan) as “inalienable parts of China”.

Among the 33 agreements signed on boosting China-Myanmar bilateral relations and advancing Beijing’s Belt and Road Initiative, the ninth agreement included that of China’s firm support for Myanmar’s “development” and “stability” and in turn, Myanmar reiterated “its firm commitment to the One China Policy” and recognised Taiwan, Tibet and Xinjiang as “inalienable parts of China.” Myanmar also said it supports China’s efforts to resolve issues relating to Taiwan, Tibet and Xinjiang. The text of the agreement is published on the official website of Myanmar’s Foreign Affairs Ministry.

Criticising the deliberate distortion of Tibet’s historical status in an economic negotiation, the Information Secretary said the “Chinese government’s insistence that Tibet is an alienable part of it from history is nothing but empty posturing without a grain of truth.”

He, however, added that “at present, the Central Tibetan Administration is not seeking independence but is deeply committed to the Middle Way Approach to resolve the Sino-Tibet issue.”

Taiwan’s Foreign Affairs Ministry also condemned the joint statement as “false” and said Taiwan is not part of China, and only the Taiwanese government elected by its people can represent Taiwan.

Adherence to One China policy and recognition of the Tibet issue as China’s internal matter is seen to be the core condition in China’s bilateral ventures and partnerships.

As China announced $492 Million in aid to Nepal for development projects in October last year, the joint agreement signed between the two countries also carried a particular clause that obligated Nepal’s commitment to One China policy and acknowledging “Tibet affairs as China’s internal affairs” and “Taiwan an inalienable part of the Chinese territory”, as reported by The Economic Times on 13 October 2019.