Prayer service at the Election Commission for the former President of India Pranab Mukherjee. Photo/Tenzin Rigden/CTA

Dharamshala: The Central Tibetan Administration organised a prayer service today to mourn the demise of former President Pranab Mukherjee, one of India’s greatest leaders who passed away Monday at the age of 84 after suffering septic shock from a lung infection while recovering from brain surgery.

Keeping in view the current guidelines on gatherings, the prayer service was held at respective departments of CTA.

All the offices of the Central Tibetan Administration were shut after the service as a mark of respect and mourning.

The former President was cremated today with full military honour at Lodhi Crematorium.

Late Pranab Mukherjee was one the longest-serving and most influential figures in Indian politics.  in July 2012, he was elected seven times as a member of parliament. He served as foreign, defense, commerce, and finance minister under various administrations. He also served as a senior cabinet minister and was eventually elected as the 13th President of India. He continued his presidential term under Modi, before stepping down in 2017.

In 2016, the former President hosted His Holiness the Dalai Lama at the Rashtrapati Bhawan along with other Nobel Peace Laureates despite strong opposition from the Chinese government.

“Mr. Mukherjee’s dedication to public service was consistent over many decades, during which time he held several important ministerial portfolios, ultimately serving as this great nation’s President. We can rejoice that for 84 years he led a meaningful life” said His Holiness the Dalai Lama in a condolence letter.

Prayer service at the Department of Information and International Relations. Photo/Tenzin Rigden/CTA 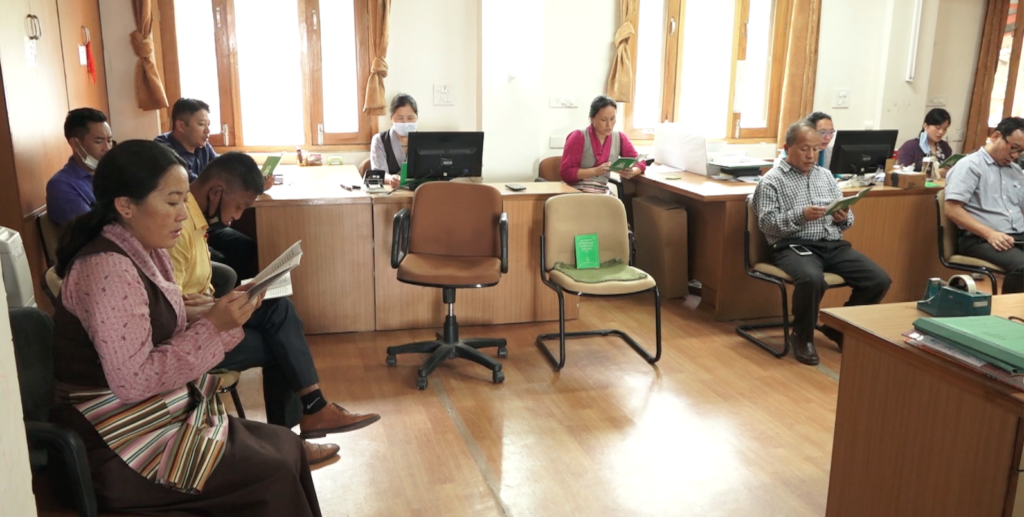