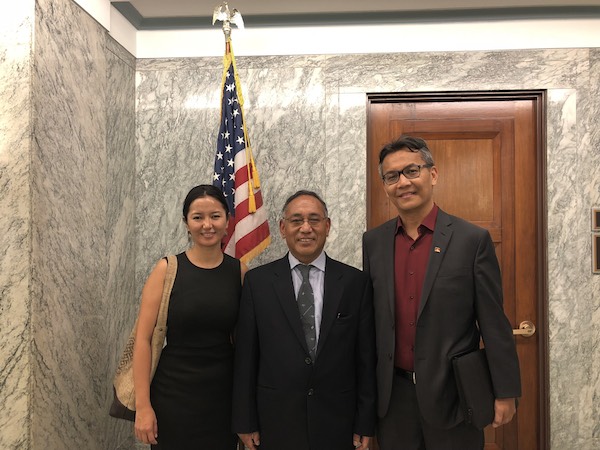 Kaydor Aukatsang, the Central Tibetan Administration’s (CTA) Chief Resilience Officer visited Washington, DC from June18 – 21. During his visit, he prioritized meetings with various US agencies that oversee democratic, governance, and development programs internationally. He met with high level staff from organizations such as the United States Agency for International Development (USAID), National Endowment for Democracy (NED), Bureau of Democracy, Human Rights, and Labor (DRL), Bureau of Population, Refugees, and Migration (PRM), and Bureau of Educational Cultural Affairs (ECA). Mr. Aukatsang briefed everyone on the progress of various projects and current development priorities of the CTA. He also engaged with important staff members from both the executive and the legislative branches of the US government to ensure continued support for Tibet and the Tibetan community.

The meetings and visit were organized by the Office of Tibet (OOT). Mr. Ngodup Tsering, Representative of His Holiness the Dalai Lama and the CTA to North America, was also present in the meetings. Tenzin Palkyi, OOT’s Government Relations Officer was the primary staff person accompanying the Chief Resilience Officer.