Dharamshala: Joint Secretary Tenzin Kunsang from the Department of Health addressed the 95th Covid task force briefing emphasising the significance of separating infected peoples in quarantine centres, a preventive method that Joint Secretary said have helped Tibetans to prevent further escalation of the disease during the recent Covid surge in few Tibetan settlements. She appealed to Tibetans returning to their respective settlements after wrapping up winter sweater markets and students visiting their parents after end of the academic year to responsibly quarantine themselves.

Moreover, Tenzin Kunsang apprised settlement officers about the assignment of every Health Department’s staff as a liaison through which the settlement’s predicaments regarding health issues can correspond, mentioning the official pronouncement will soon be circulated. Besides, she urged everyone in the cooler regions to refrain from consuming cold liquids and edibles amidst the fall in temperature and stressed to follow Covid-protocols properly.

Another Taskforce Committee member, sMenpa Tsering Tsamchoe, updated the Covid status of the last seven days following the Joint Secretary’s addressing. She reported 474 new cases during the same period, among which 247 are male, and 227 are female. The eldest of them is 96 years while the youngest is nine-month-old. Regarding quarantine status, 450 Tibetans are isolated in-home quarantine, whereas 251 are in the institutional quarantine totalling 701. In addition, sMenpa Tsamchoe reported 1551 tests conducted in the last week along with 60 patients who received psychological counselling according to the weekly data gathered by the committee.

Illustrating the vaccination status of the Tibetan community in India and Nepal, sMenpa Tsamchoe provided the record of 49,167 wholly vaccinated, and 1,090 partially vaccinated Tibetans above 18 years in India and 6,990 fully vaccinated in Nepal. A total of 1,234 children between 15-17 years were inoculated with the first jab. Also, 385 front liners and 1680 people above 60 have received the booster shot up to now, she added.

Finally, sMenpa Tsamchoe elucidated 7,963 reported cases in the Tibetan community up to today, out of which 7144 are recovered, and 657 are still active. The death reported till now counts 162 as per the committee’s records.

Due to the existence of uncertificated herbal medicine producers and unqualified physicians in the community, sMenpa Tsamchoe alerted the public to be more cautious. She iterated everyone to reach out to respective institutions like Men-tsee-khang or the Central Council of Tibetan Medicine (CCTM) for uncertainty regarding the duplicity of certain medicines.

She further encouraged the audience to exercise more before handing the podium to Dr Tenzin Namdol, who elaborately advised everyone to follow dos and don’ts before, during, and after the Covid infection. Similarly, she also recommended Tibetans not to overlook any symptoms and must immediately consult a physician. 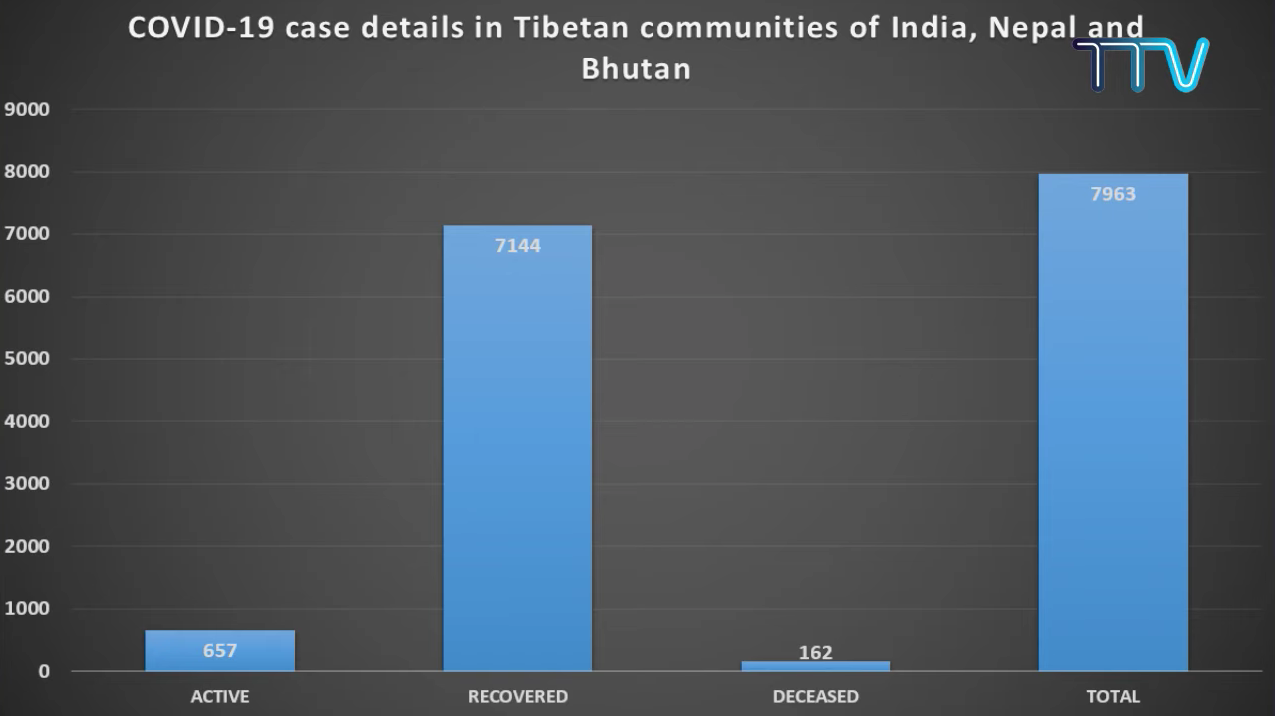 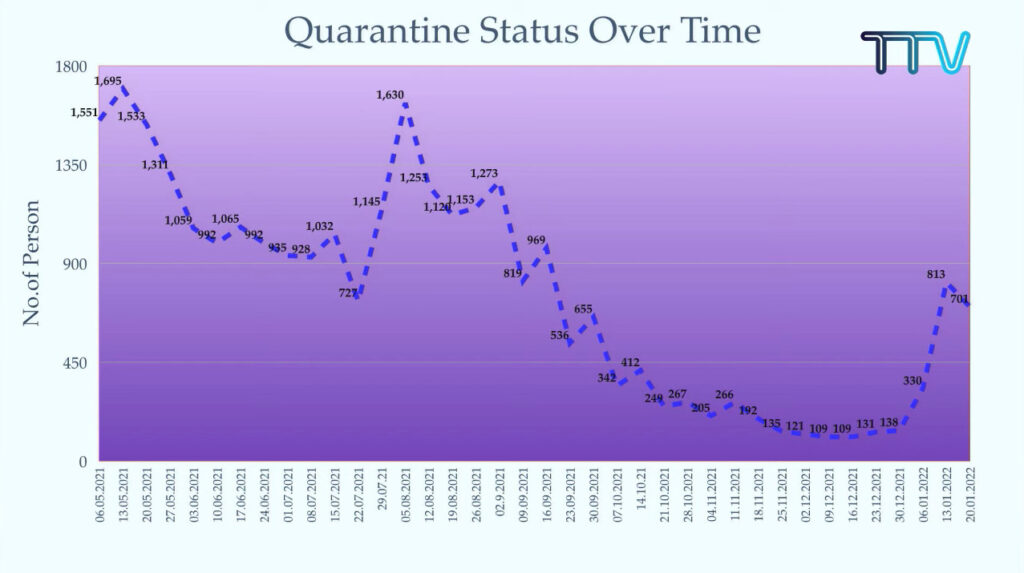