Tibetan delegates at the UN COP26 conference in Glasgow.

Glasgow: A strong team of Tibetan environmentalist are in Glasgow to represent Tibet at the ongoing COP26, the biggest UN climate change summit. The ‘COP26 Team Tibet’ would seek to highlight the global ecological importance of the Tibetan Plateau and also strongly urge world leaders gathered for the UN Climate Summit to make Tibetan Plateau central to any global climate change discussion.

This year, besides the Environment Desk of the Tibet Policy Institute, there are four other Tibetan organisations gathered in Glasgow as a team to collectively push for the protection of the world’s highest and most glaciated plateau. The team spoke with various delegates at the COP26, particularly from Southeast Asia.

There is much discussion about the “ticking bomb” of the climate crisis and the Tibet Climate Crisis team have developed plans to ensure that Tibet is included in the discussions about how governments and the international community must look to safeguard the future of the planet.

The team were able to start discussions about the importance of Tibet as a global climate issue with various delegations including Bangladesh and South Africa and were even able to raise Tibet with Scotland’s First Minister, Nicola Sturgeon and former US Vice President Al Gore, Hollywood Actor and environmental campaigner Leonardo DiCaprio, and United States Special Presidential Envoy for Climate John Kerry. They also handed the ‘5-Point Call to Action for Tibet’ leaflets to the prominent personalities and other delegates.

The ‘5-Point Call to Action for Tibet’, which was first drafted in 2015 for the COP21, has five clear demands for the protection as well as understanding of the Tibetan Plateau. The primary demand in the ‘5-Point call to Action for Tibet’ is recognition of the global ecological importance of the Tibetan Plateau and need for its inclusion as a primary topic at global climate summits.

One noticeable difference at COP26 is the absence of a China Pavilion. Furthermore President Xi Jinping announced that he will not be attending the COP26 despite the fact that it is a vital summit to bring all governments together to make lasting commitments.

Over the next few days the team will be escalating the advocacy work with delegates in particular with ally states such as downstream nations, Climate Vulnerable Forum, and Alliance of Small Island states such as The Marshall Islands.

The team aims to make alliances with glaciologist and permafrost specialists, well known activists and NGOs and civil society groups working on water issues and occupied states. It will also organise panel discussions and speak at three prominent universities in the UK in the coming days. 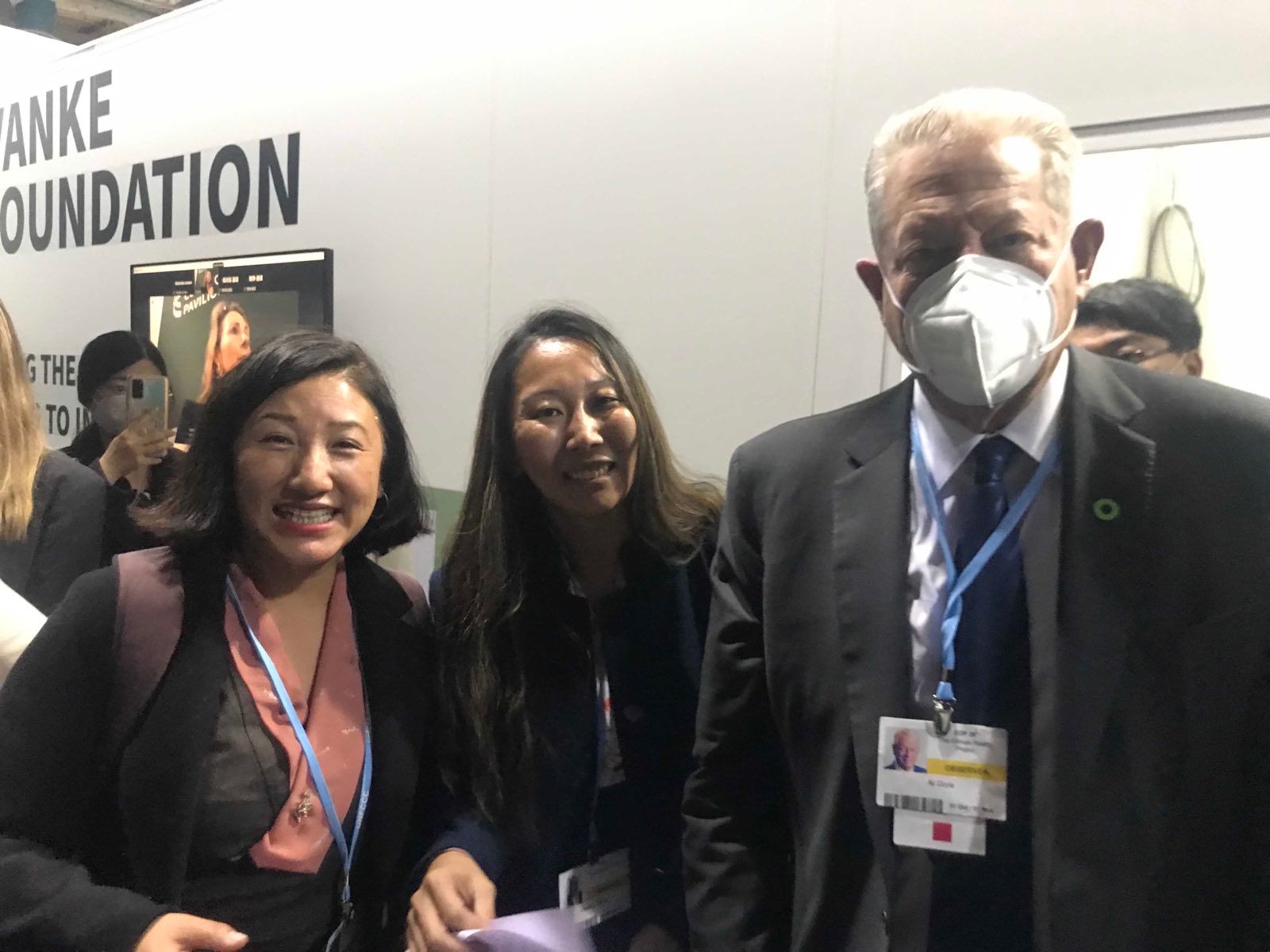 Tibetan delegates with Al Gore at COP26 in Glasgow.