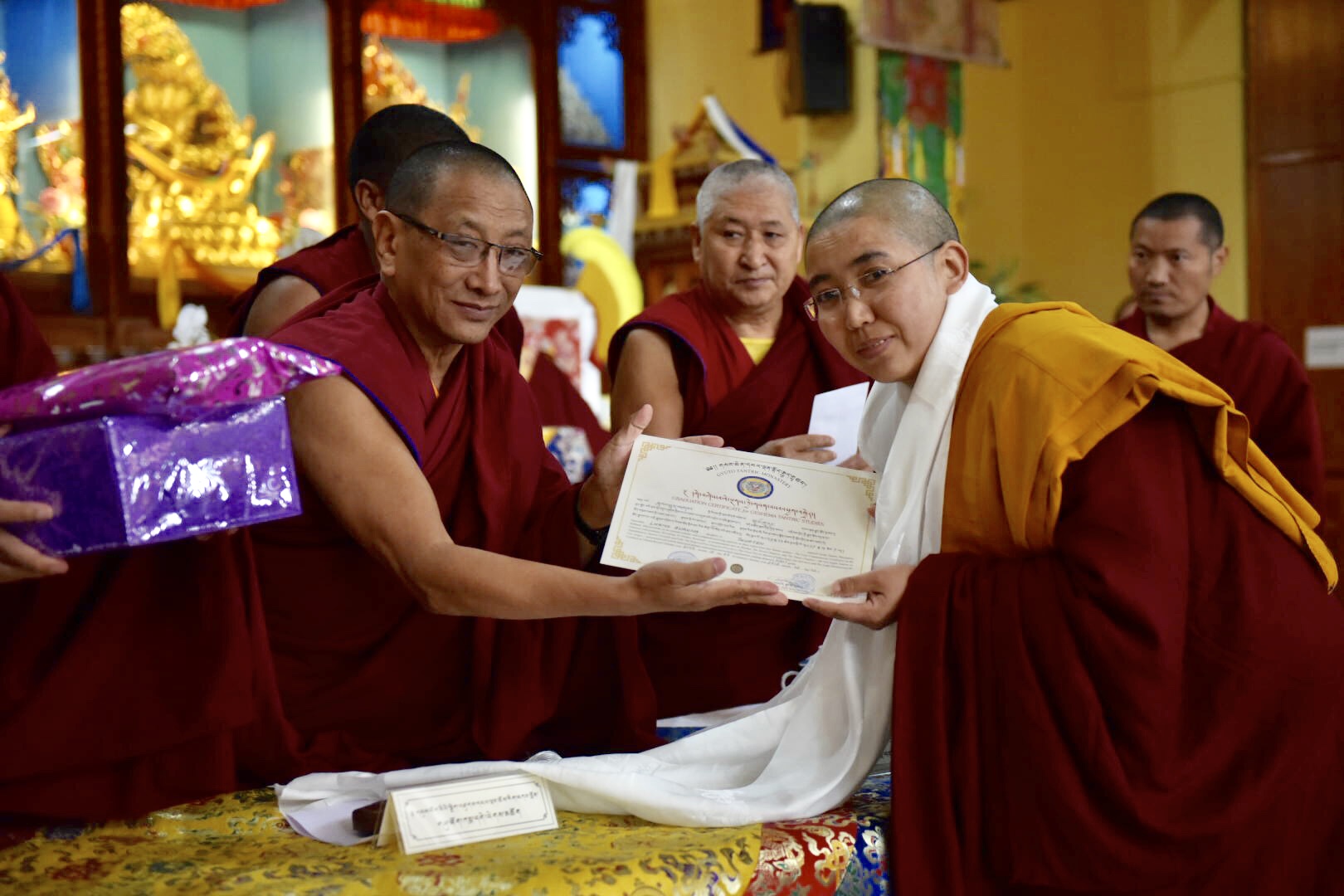 Out of Thirty-six Geshemas in two batches, twenty-three Geshema today became the first to complete Tantric course. The completion certificates were conferred this morning to the nuns at a ceremony held at Gyutoe Monastery.

Greeting everyone present at the ceremony, Kalon Ven. Karma Gelek Yuthok congratulated Geshemas for achieving such a milestone and applauded the hard work of respective institutions behind this success.

He stressed on combining traditional and modern education for in-depth knowledge acquisition.

“The number of monks and nuns in exile are decreasing. Even those in Tibet are being topped by the Chinese Government. So we must look into the necessity as per requirement to further develop our infrastructure. It is in the best interest to have better quality than to have quantity. So we must start improving the qualities of those existing to enhance further,” Ven. Karma Yuthok Delek continued.

He thanked all predecessor Kalons and staff who worked to achieve this milestone.

Recollecting her memory, Rinchen Khando mentioned that origination of Tibetan Nuns Project began from Tibetan Women’s Association’s office henceforth it has been more than 30 years till date.

She urged the Geshemas that along with the degree, one has to take the responsibility to serve the community, saying “It is the highest level of women’s empowerment entrusted on Tibetan women”.

Khenpo Thupten Tenzin said, ”The conferment of Geshema degree to Tibetan Buddhist nuns was a longstanding aspiration of His Holiness the Dalai Lama and reflects a historic milestone. Now that you have obtained both Sutras and Tantric teaching.”

He affirmed and talked about the preservation of our rich culture and tradition.

Gadhen Choeling Khenpo and head of Board of Geshema Degree Examination gave a vote of thanks. The batch of Geshema received an audience with His Holiness the Dalai Lama yesterday.

This historic decision to confer the Geshema degree to Tibetan Buddhist nuns was announced in 2012 by the Department of Religion and Culture following a meeting of representatives from six major nunneries, Institute of Buddhist Dialectics and the Tibetan nuns project.

Geshema or Geshe, when awarded, is comparable to a doctorate in philosophy. The degree is conferred after at least 21 years of rigorous study of the five main Buddhist texts, combined with a regular session of prayers and recitations. 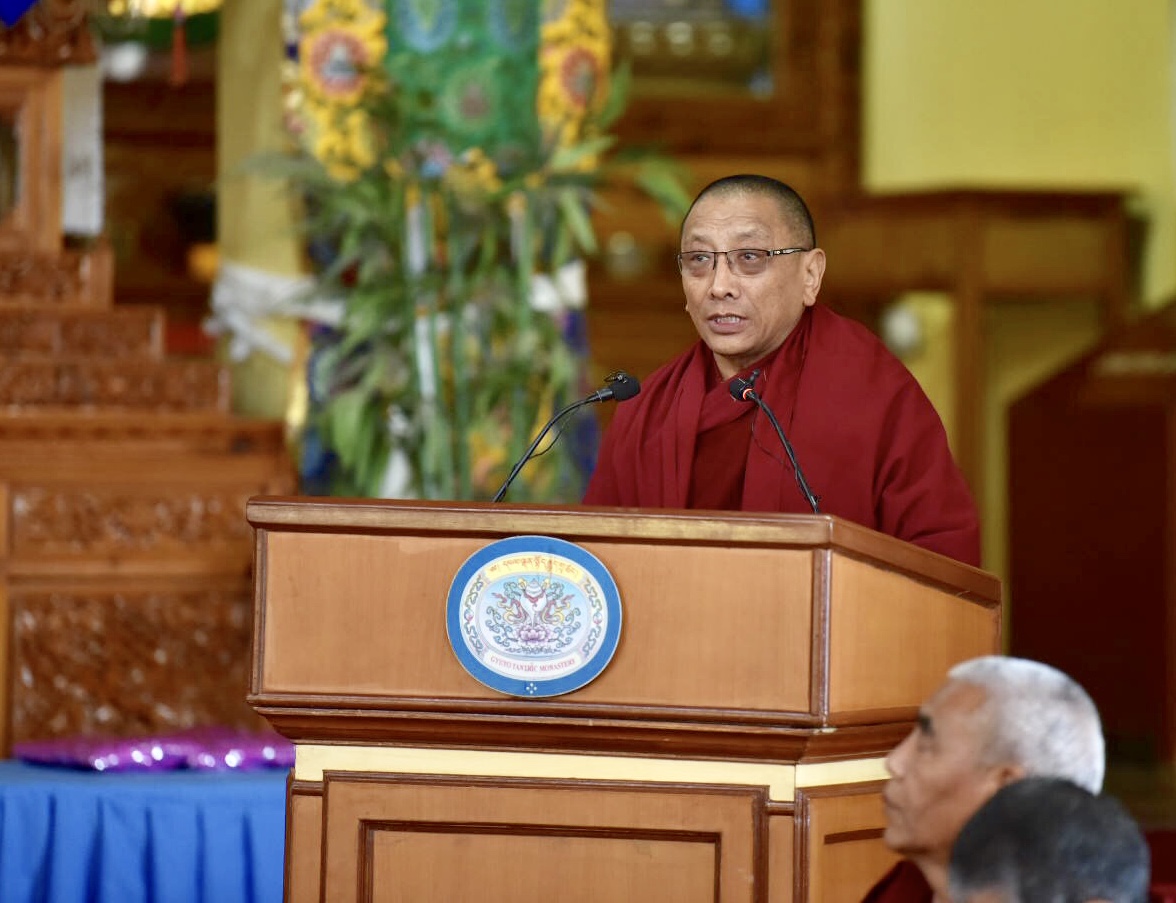 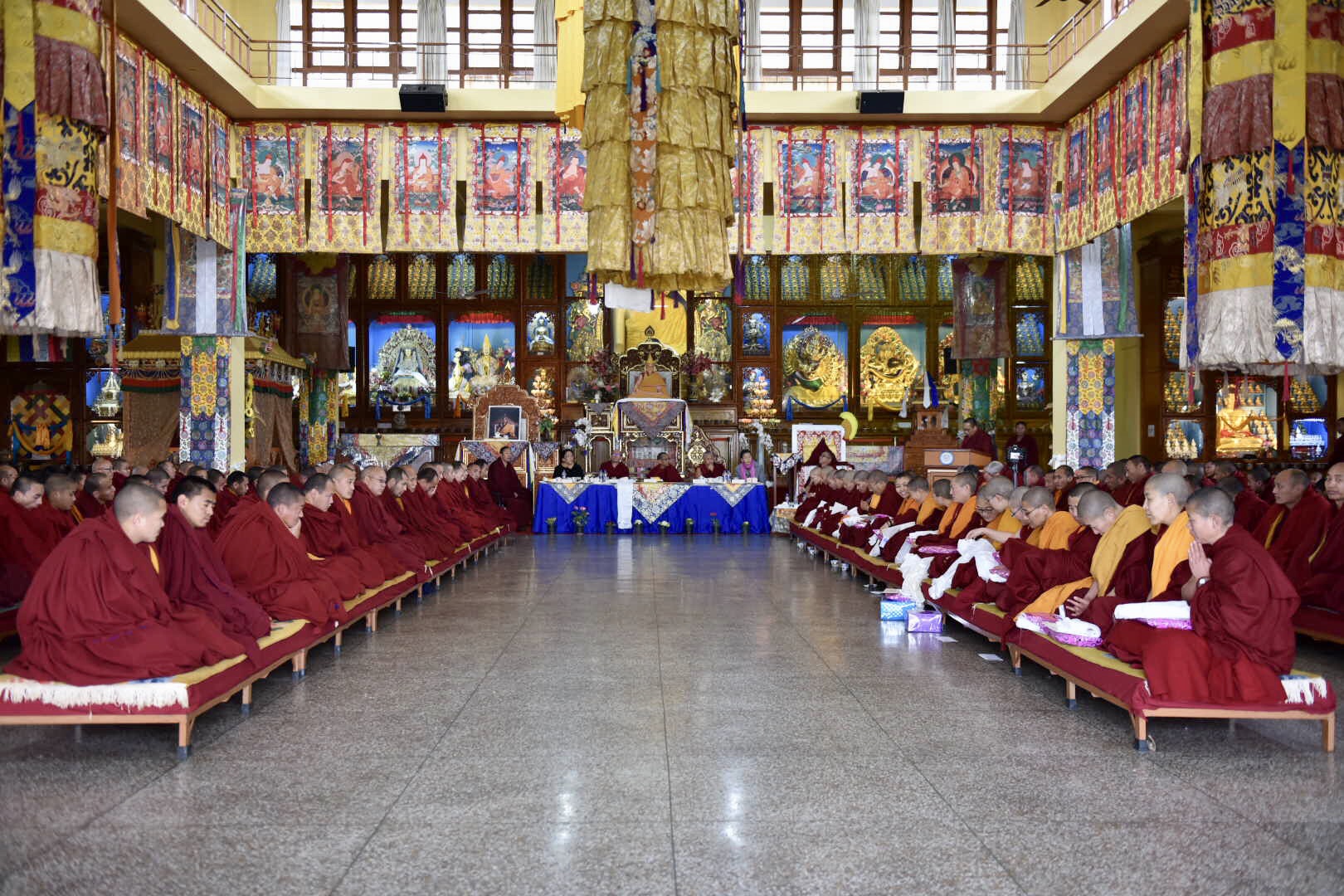 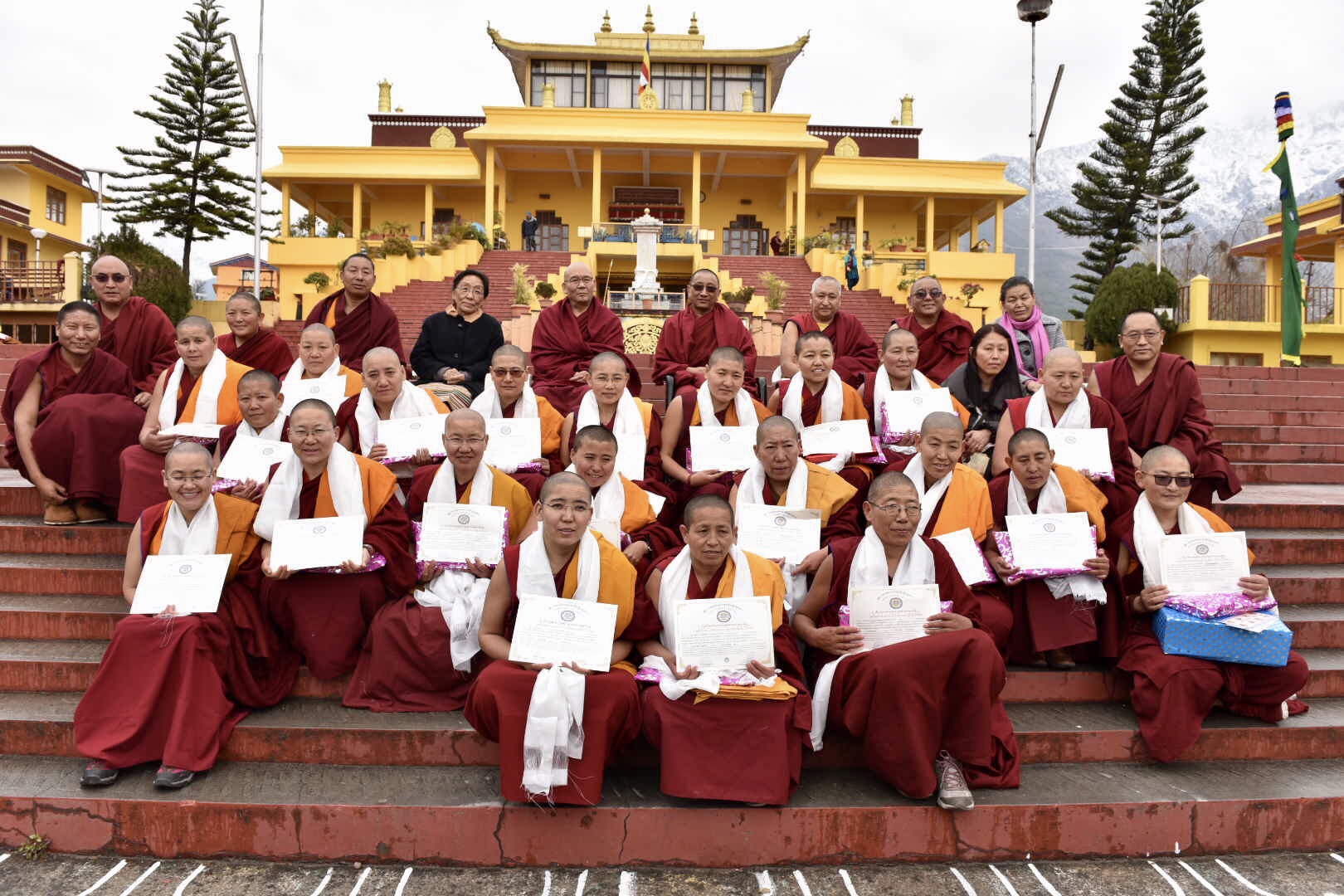 Kalon Ven. Karma Gelek Yuthok, Department of Religion and Culture along with dignitaries and Geshemas after the ceremony. Photo/Tenzin Phende/CTA