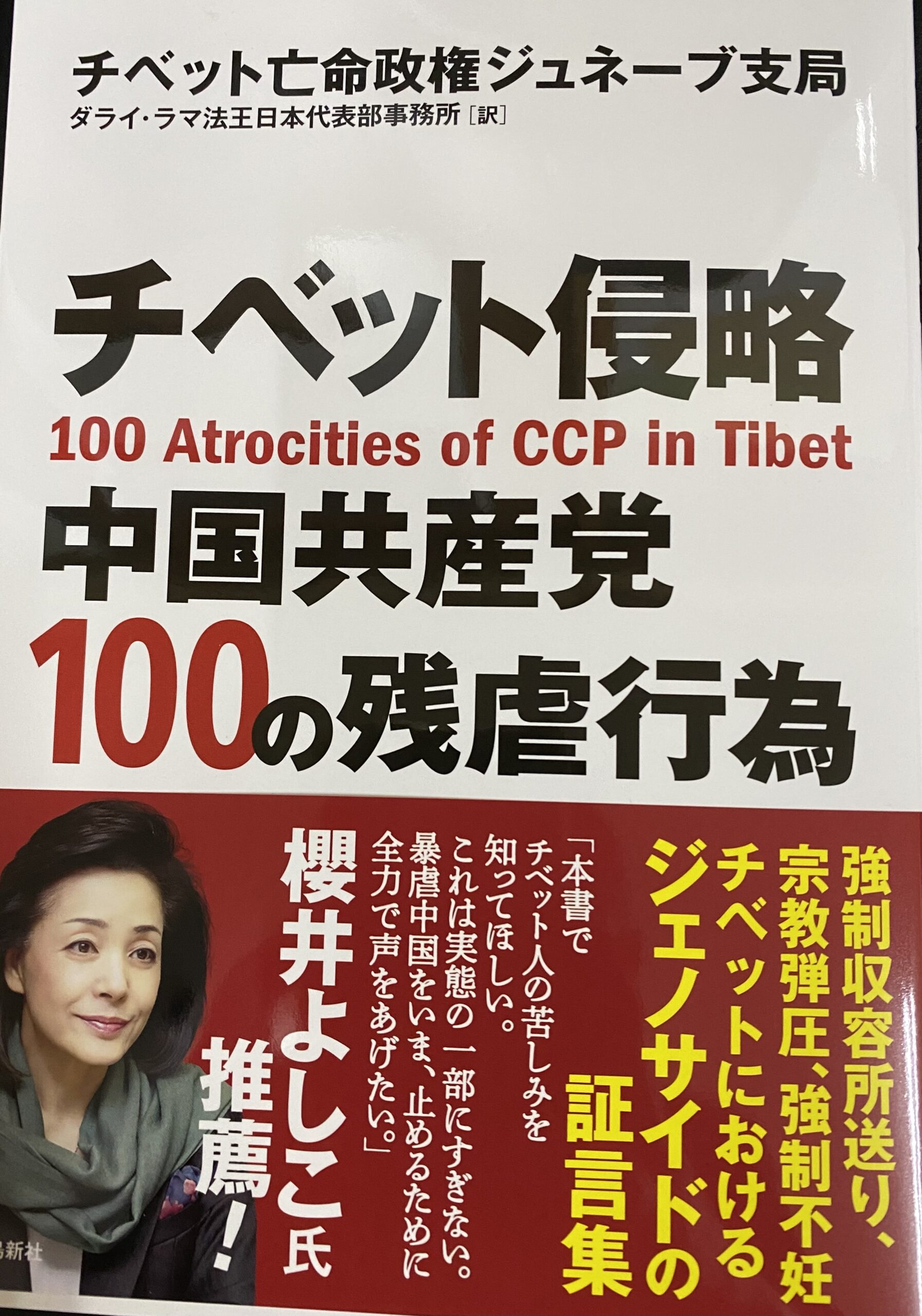 Front cover image of the book

On July 1, China celebrated the 100th anniversary of the founding of the Chinese Communist Party (CCP), and the Chinese President, Xi Jinping, gave an hour-long boastful and fiery speech inciting the public and attacking the international community from the Tiananmen Square. He extolled the efforts and contributions made by the Communist Party in bringing “a great and glorious accomplishment for the Chinese nation and the people.” He bragged of the massive development and modern China that the CCP has made in the course of 100 years. He reminded the people of how the Party brought happiness and rescued the people from “foreign imperialists and poverty.”

He warned and intimidated the international community, “Chinese people will never allow any foreign forces to bully, oppress, or enslave us. Anyone who dares to try to do that will have their heads bashed bloody against the Great Wall of Steel forged by over 1.4 billion Chinese people.”

Such arrogance, rhetoric, official incitement, and total disregard for diplomatic decorum from a leader of 1.4 billion people is very unfortunate and pitiful. Moreover, it betrays the weakness and the precarious nature of Xi Jinping’s leadership in the country.

The speech can be viewed with three distinct purposes: firstly, to legitimise the CCP’s rule; secondly, to arouse Han nationalism; and thirdly, to cast sanctimonious remarks to the free democratic world.

Whatever the grandiose claims that Xi Jinping made, the truth is that it is not “100 years of glorious accomplishment, happiness, and freedom”. It was 100 years of bloody terror, sufferings, and mass killings. The Great Leap Forward and the famine (1959-61) and the death of more than 43 million people; the Cultural Revolution where some 20 million died; and the massacre of thousands of young Chinese in 1989 at the Tiananmen Square were all missing from the speech. No word of apology or remorse!

For the Tibetans, since the occupation of Tibet by the CCP, the region became a living hell. More than 1.2 million people died. Around 6000 monasteries were destroyed; thousands of monks and nuns were disrobed, and the militarisation of the Tibetan plateau is at its peak right now. It has been 70 long years of brutal occupation and cultural genocide in Tibet. China speaks of the 17-Point Agreement of 1951, through which Tibet became a part of China. But the truth is that the 17-Point Agreement was a forced agreement that the CCP themselves have violated. If China claims legitimacy to occupy Tibet because of this Agreement, then China should live and abide by the terms and conditions in the Agreement.

As the CCP celebrates its 100th anniversary, the people of Tibet, Uighur, South Mongolia, Hong Kong, and the Chinese people mourn and offer prayers for those who died and who are still suffering under the repressive regime. There is nothing to celebrate but lament and condemn the CCP leadership for all the brutal deaths and sufferings it had brought in the regions.

On this 100th founding anniversary of the CCP, Tibet House Japan has this Japanese version of the handbook, “100 Atrocities of CCP in Tibet” in collaboration with Tibet Bureau Geneva and DIIR Tibet Museum. The book is published by Asukashinsha, Tokyo. Ms. Sakurai Yoshiko, President of the Think Tank Japan Institute for National Fundamentals, recommends the book to know what exactly happened and is happening in Tibet.

The book reveals the Chinese atrocities and brutalism in Tibet for all these 70 years and it reflects how the other occupied regions have also suffered under the CCP’s regime.

The silence of the free world has encouraged the CCP leadership to adopt aggressive measures in Tibet, Uighur, South Mongolia, Hong Kong, and Taiwan. Moreover, the world is still suffering from the Coronavirus pandemic that China unleashed last year. Instead of cooperating with the international community to contain the pandemic, China has used the pandemic situation to further its hegemonic ambition in Southeast Asian countries and the Pacific Ocean. The time has come for the international community to make the CCP leadership accountable for the genocide and human rights violations in the occupied regions and the Coronavirus pandemic around the world.

Regarding the 2022 Beijing Winter Olympics, we request the international community to go through this book and decide whether the Communist regime really deserves the honor to host the Olympics or not!

*Dr. Tsewang Gyalpo Arya is Representative of Liaison Office of H.H. the Dalai Lama for Japan and East Asia. Disclaimer: The view expressed above is in his personal scholar’s capacity and does not necessarily reflect the official stance. 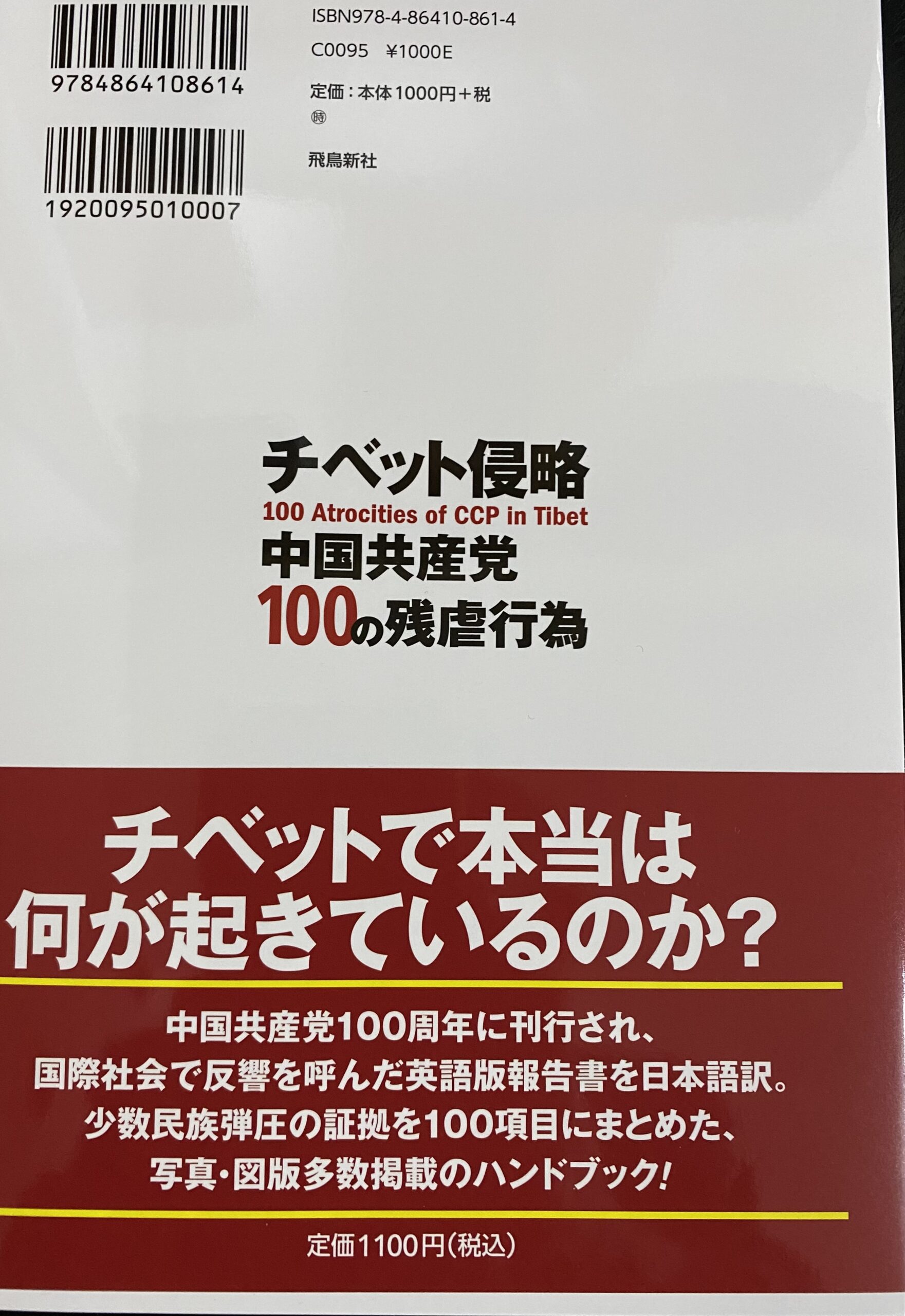 Image of the book’s hind cover