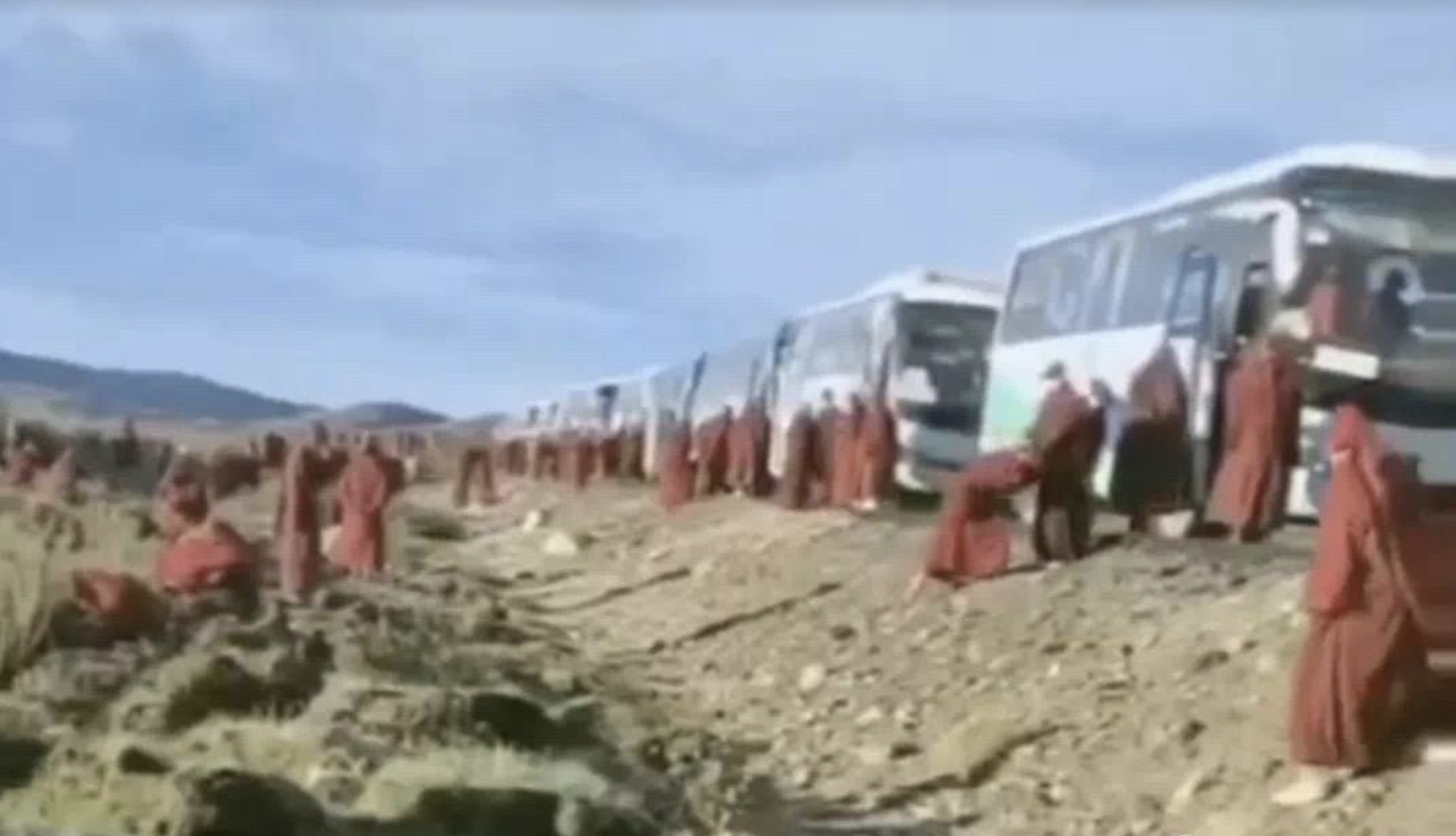 According to reliable sources, close to 3,500 nuns and monks have been forced out of Yachen Gar; the number is likely to increase as the expulsion drive is still ongoing.

Dharamshala: Yachen Gar, a major Tibetan Buddhist center in Tibet’s Karze region is facing eviction once again. Chinese authorities in Palyul County in the so-called Karze Tibetan Autonomous Prefecture have resumed expulsion of Tibetan nuns and monks at Yachen Gar which is said to have housed about 10,000 nuns, monks, and lay practitioners until recent years.

In 2016, Chinese authorities undertook a mass eviction and demolition of Larung Gar, world’s biggest Tibetan Buddhist Institute, and Yachen Gar that led to destruction of several thousand monastic dwellings and expulsion of monks and nuns of about similar number. The demolitions of the two major Buddhist institutes were thought to have been completed within a year. However, recent reports indicate that the expulsion at Yachen Gar is anything but over.

The mass expulsion of Tibetan Buddhist practitioners at Yachen Gar this year began in May, reported Radio Free Asia (RFA). According to reliable sources, close to 3,500 nuns and monks have been forced out of Yachen Gar, and unfortunately, the number is likely to increase as the expulsion drive is still ongoing.

In the images obtained via social media, the nuns are seen in line receiving traditional farewell whereas in other images, a number of buses are seen waiting to transport the expelled practitioners. Those staying behind were deterred from accompanying their evicted friends as they were brought to the buses.

No concrete dwellings are known to have been destroyed at this time but authorities are keeping a tight watch over the center with “around 600 Chinese officials now permanently stationed at Yachen Gar,” according to RFA.

The state-led demolition and forced eviction at Yachen Gar and Larung Gar are targeted towards reducing their growth, influence, and power. Monks and nuns of the centers were forced to undergo “re-education” sessions as reported last year, violating their religious and cultural rights.

“In the garb of safety concerns, Chinese authorities destroyed much of Larung Gar Buddhist Academy and removed thousands of monks, nuns and laypersons learning and practicing Buddhist principles. The real motive was never safety but destruction of faith. This is evident from the continuing attack on Buddhism and the removal of practitioners from Yachen Gar. This is the second phase of cultural revolution where China now attacks the minds of people after destroying the places of worship,” remarked Sonam Norbu Dagpo, spokesperson of Central Tibetan Administration and Secretary of Department of Information and International Relations.

Despite international outcry against the forceful removal of practitioners and demolition of Larung Gar, China continues to remove thousands of nuns, monks and lay practitioners at Yachen Gar with impunity. “At the international sphere including the United Nations, China claims that it guarantees right to freedom of religion and belief to Tibetans. But in reality China has been consistently attacking Tibetans’ right to profess and practice their religion- be it banning Tibetan children from participating in religious activities during vacation or restricting Tibetans from going on pilgrimage and now the forceful removal of monks, nuns and lay practitioners from Yachen Gar. This is religious persecution, nothing less and we appeal to the international community to pressurize China into ensuring freedom of religion and beliefs of Tibetans in its true sense,” remarked Thinlay Chukki from UN, EU and Human Rights Desk, DIIR. 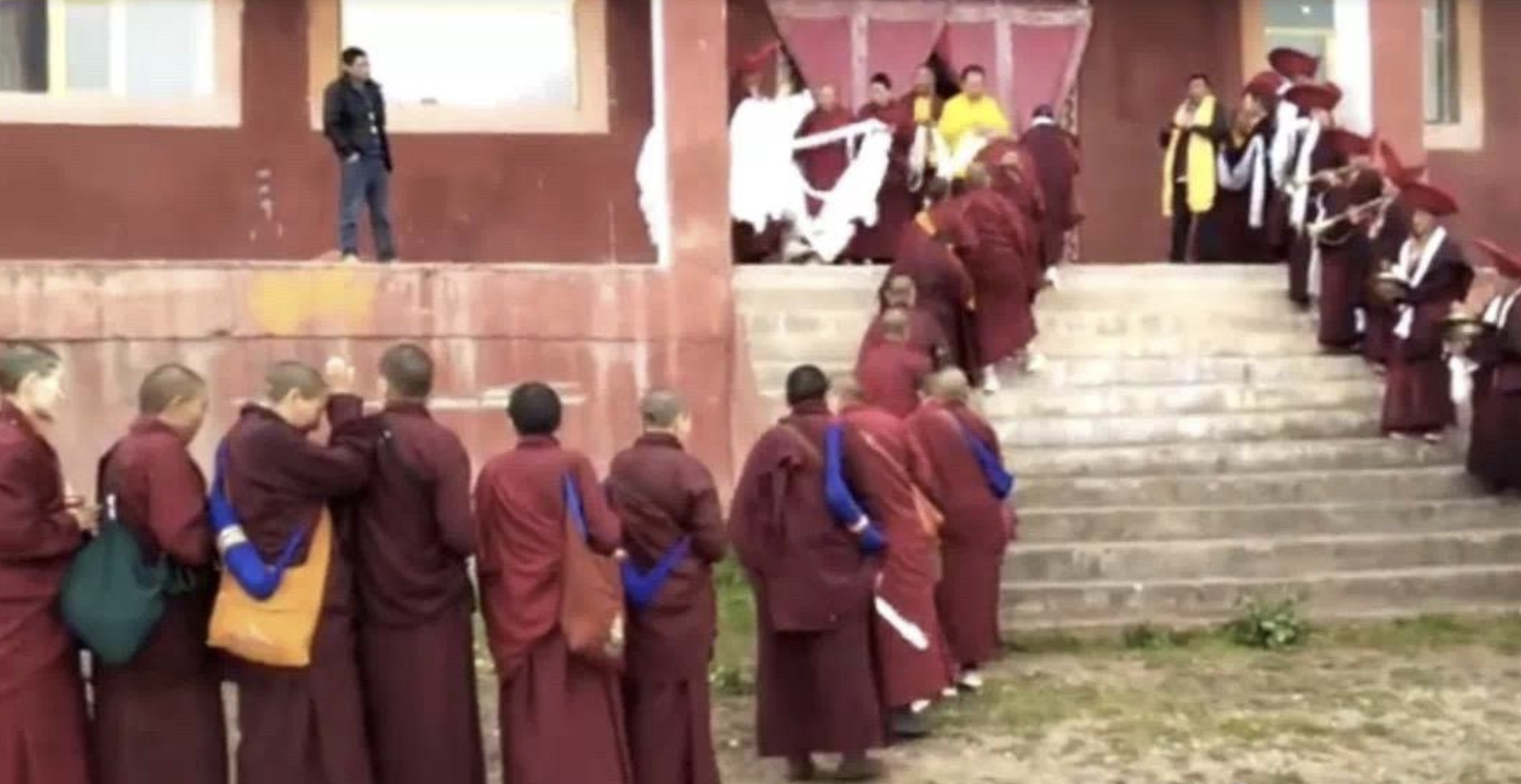