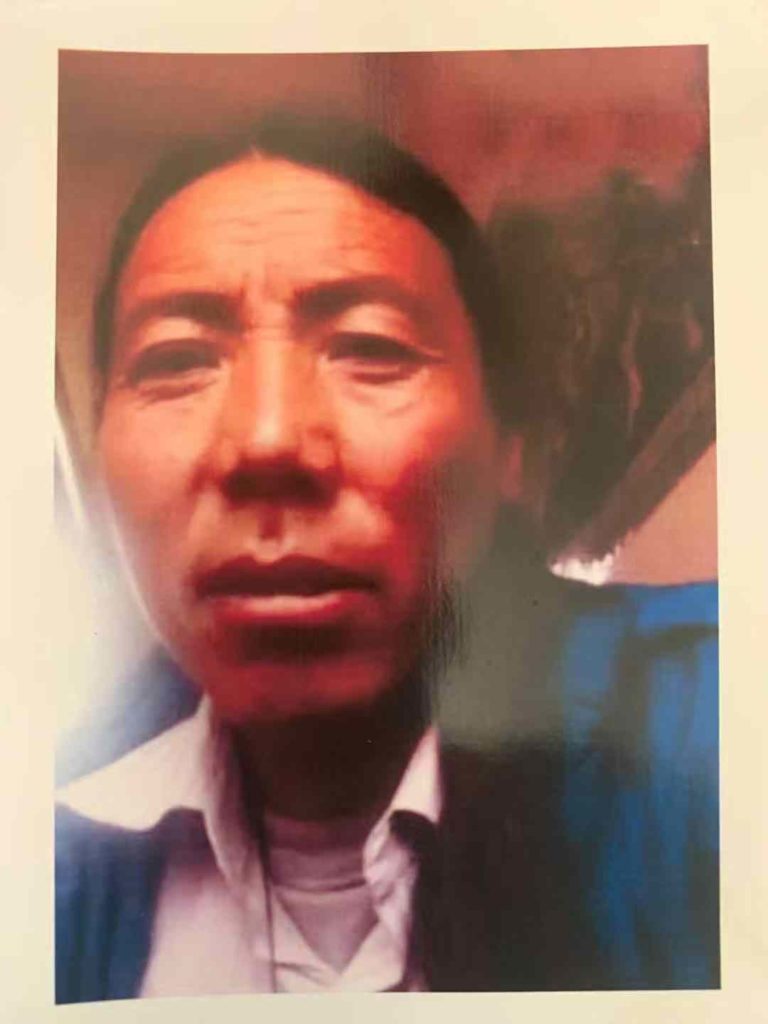 Mr Wangchuk in an undated photo. Photo courtesy of TCHRD

Dharamshala: A 45-year-old Tibetan man was arrested and detained from Shigatse (Ch: Rikaze Prefecture) by Chinese police officers around 8 March this year on his return home from a business trip to Tibet’s capital Lhasa.

Wangchuk’s arbitrary detention and arrest is suspected to be linked with his sharing of Tibetan books, including some written by His Holiness the Dalai Lama and a Tibetan translation of ‘The Noodle Maker of Kalimpong’ on the popular Chinese messaging platform WeChat.

There is no exact information on his current whereabouts. However, his family members fear that he has been sentenced without their knowledge of whether any trial had taken place to imprison him. Thus, indicating that his family members were not informed about Wangchuk’s arrest and charges which is a clear violation of international human rights standard as well as Chinese constitutional laws.

Since Wangchuk’s imprisonment, his family members have been subjected to restrictions and punishment. The local Chinese authorities have cut his family’s welfare benefits such as subsidies and old age insurance. His family members are now restricted from travelling outside the country.

Wangchuk’s arbitrary detention is a reflection of increased online censorship and the human rights situation in Tibet under China that continues to deteriorate. “In order to silence dissent and intimate other Tibetans from exercising Internet freedom in Tibet, the Chinese authorities are using collective punishments like restrictions and punishment against the family members,” said Human Rights Desk staff Tenzin Dhadon, Department of Information and International Relations, Central Tibetan Administration.