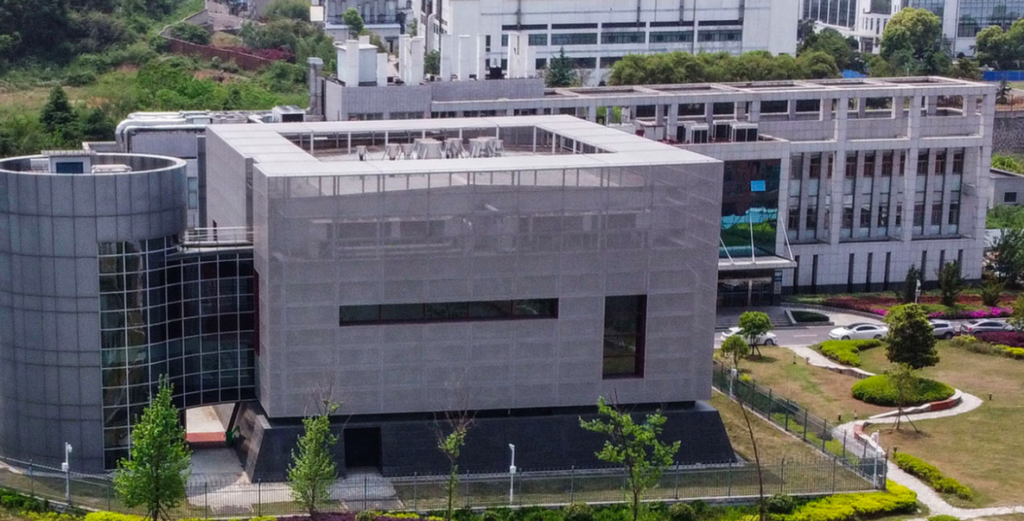 An aerial view shows the P4 laboratory at the Wuhan Institute of Virology in Wuhan in China’s central Hubei province on April 17. (Photo: Hector Retamal/AFP/Getty Images)

The lesson of history for tyrannical regimes is that the truth is dangerous.

Clearly, the Chinese Communist Party knows this full well, which is why it’s working overtime to bury the truth as the world is mired in tackling the COVID-19 pandemic.

China has worked aggressively to suppress critical media and waged a widespread disinformation campaign to redirect blame for the coronavirus outbreak.

But its efforts to slow down knowledge about the Chinese government’s complicity in fueling the pandemic doesn’t stop just with the media. Beijing has also acted to shut down research in the country that portrays the government’s actions in a negative light.

Fox News reported that the websites of two Chinese universities, Fudan University and the China University of Geosciences, published—then deleted—research about the origination of the COVID-19 virus.

Importantly, the pages published and retracted by the universities had references to a new Chinese government policy that included extra government vetting of research on the coronavirus.

The directive issued by the Chinese Ministry of Education’s science and technology department instructed that any research dealing with the origin of the virus must be “tightly managed.”

“The directive lays out layers of approval for these papers, starting with the academic committees at universities,” CNN reported. “They are then required to be sent to the Education Ministry’s science and technology department, which then forwards the papers to a task force under the State Council for vetting. Only after the universities hear back from the task force can the papers be submitted to journals.”

It should be clear—if it isn’t already obvious—that China’s government is trying to orchestrate exactly what information is and isn’t getting to the public and the world.

For instance, the Chinese lab that first published the genome sequence of COVID-19 was quickly shuttered after the genome was published. The information was then released to the World Health Organization through the Wuhan Institute of Virology.

The Wuhan Institute of Virology, operated by the official Chinese Academy of Sciences, has been accused of being the possible source of the COVID-19 virus.

On April 16, Fox News reported that there is “increasing confidence” in the intelligence community that COVID-19 originated in a Chinese laboratory, “though not as a bioweapon, but as part of China’s attempt to demonstrate that its efforts to identify and combat viruses are equal to or greater than the capabilities of the United States.”

Sen. Tom Cotton, R-Ark., wrote in the Wall Street Journal that circumstantial evidence about the outbreak of COVID-19 points to the Wuhan labs as the origin, but thanks to China’s cover-up, “we may never have direct, conclusive evidence.”

Regardless of where COVID-19 originated specifically in China, or whether it actually came from a lab, it’s clear that the Chinese government is working overtime to push propaganda to deflect blame, while prioritizing the political needs of maintaining governmental legitimacy over tackling the virus.

“They are seeking to transform it from a massive disaster to one where the government did everything right and gave the rest of the world time to prepare,” said Kevin Carrico, a senior research fellow of Chinese studies at Monash University in Australia, according to The Guardian. “There is a desire to a degree to deny realities that are staring at us in the face … that this is a massive pandemic that originated in a place that the Chinese government really should have cleaned up after SARS.”

Instead of cleaning up its act, China has used its newfound wealth and power to crack down on freedom. More than that, it’s pulling out all the stops to influence other countries, including the United States.

But the magnitude of damage from the COVID-19 outbreak is going to be impossible to ignore and hide. While China shuts down research, peddles disinformation, and arrests dissenters, people around the world have now been made all too aware of the consequences of the regime’s lies.