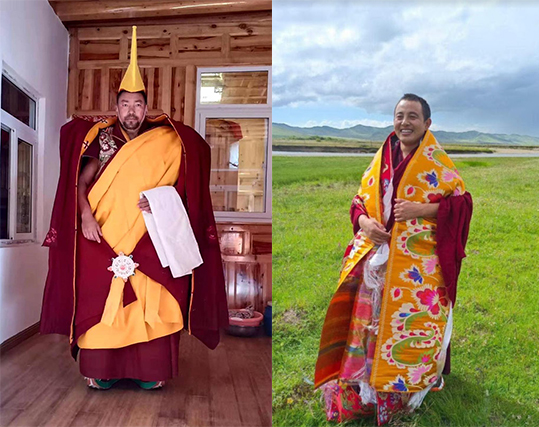 Konmay, a 45-year-old monk of Trotsik Monastery in Ngaba County, northeastern Tibet (incorporated into China’s Sichuan Province) was arrested by Chinese authorities on 20 July, according to Dharamshala-based Kirti monks Lobsang Yeshe and Kanyag Tsering on 3 August.

The reason for Konmay’s arrest and other details are currently unknown. Konmay was the disciplinarian monk (དགེ་བསྐོས་) of Trotsik Monastery and hails from Trotsik village in Ngaba. He joined the monastery at a young age.

In other news, Kirti monk Lobsang Tenzin was released from prison a few days ago after serving more than 10 years, but news of his state of health has not emerged. Lobsang Tenzin was falsely accused of involvement in the death of Lobsang Phuntsok, who committed self-immolation in protest against Chinese rule on 16 March 2011. He was arrested on 23 March and on 28 August, he was sentenced to 13 years in prison by the Ngaba Prefecture Intermediate Peoples Court. He has been released before completing his sentence and returned home.

Another monk by the same name who was convicted in the same case and sentenced to ten years was released in 2018.