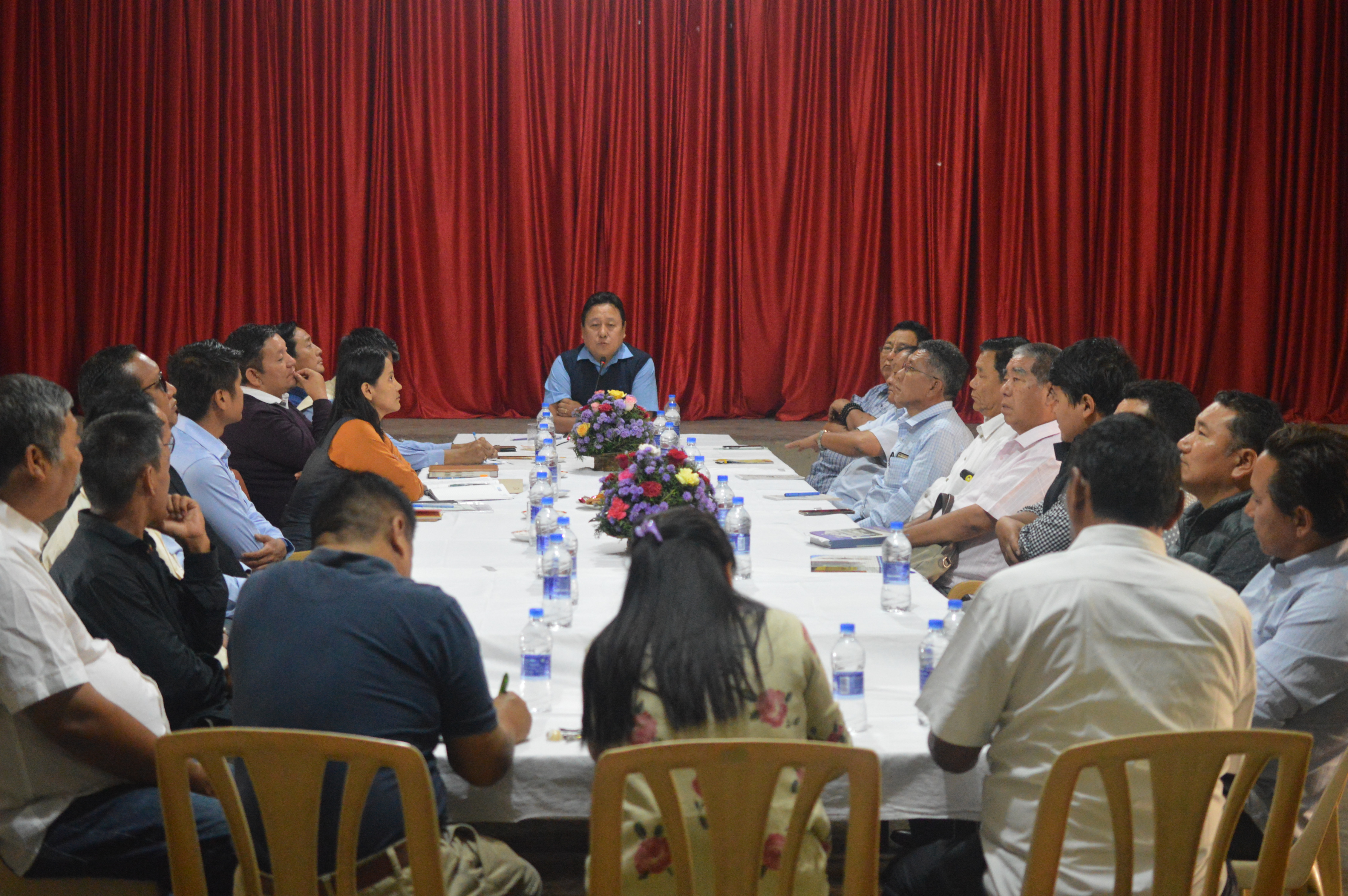 Chief Representative and South Zone Settlement Officer during a meeting along with the President and Secretaries of Cooperative Societies.

BANGALORE: The Central Tibetan Administration’s (CTA) Chief Representative, South Zone Office convened a meeting of all representatives and elected camp leaders of the five settlements in Karnataka along with the President and Secretaries of Cooperative Societies to deliberate and agree on the implementation of various aspects of the Central Government of India’s Tibetan Rehabilitation Policy.

The discussions at this meeting centered on various issues including land usage and an introduction of panchayat raj, as part of the CTA’s efforts to realise the Kashag’s 5/50 vision of securing the sustainability of the Tibetan settlements.

At the meeting, the representatives agreed on the need to ensure more effective use of land in the Tibetan settlements for agriculture. To this end, they agreed to formulate certain rules related to leasing of land to Tibetans and issues pertaining to the plantation of trees in the settlements.

In addition, the representatives discussed the existing concerns of the people residing in the Tibetan settlements. They agreed on steps to ensure more eco-friendly, sustainable cultivation practices in agriculture for the overall health and physical well-being of the Tibetan people in the settlements.

They also discussed the need for introducing a panchayat raj for more effective governance of the people. All these measures are part of efforts to drive greater improvements for each of the southern Tibetan settlements, with the aim of ensuring they remain viable in the long term.

“We had a very fruitful meeting during which we were able to comprehensively address pertinent issues and concerns of the Tibetan people in the settlements and agree on solutions and steps to alleviate these problems through the implementation of the Tibetan Rehabilitation Policy,” said Chophel Thupten, Chief Representative, South Zone, CTA. “In doing so, we believe we’re a step closer to ensuring the long-term sustainability of the Tibetan settlements,” he added.

A draft of the resolutions from the meeting has been submitted to the Department of Home Affairs, the Central Tibetan Administration on whose approval these measures will be implemented. 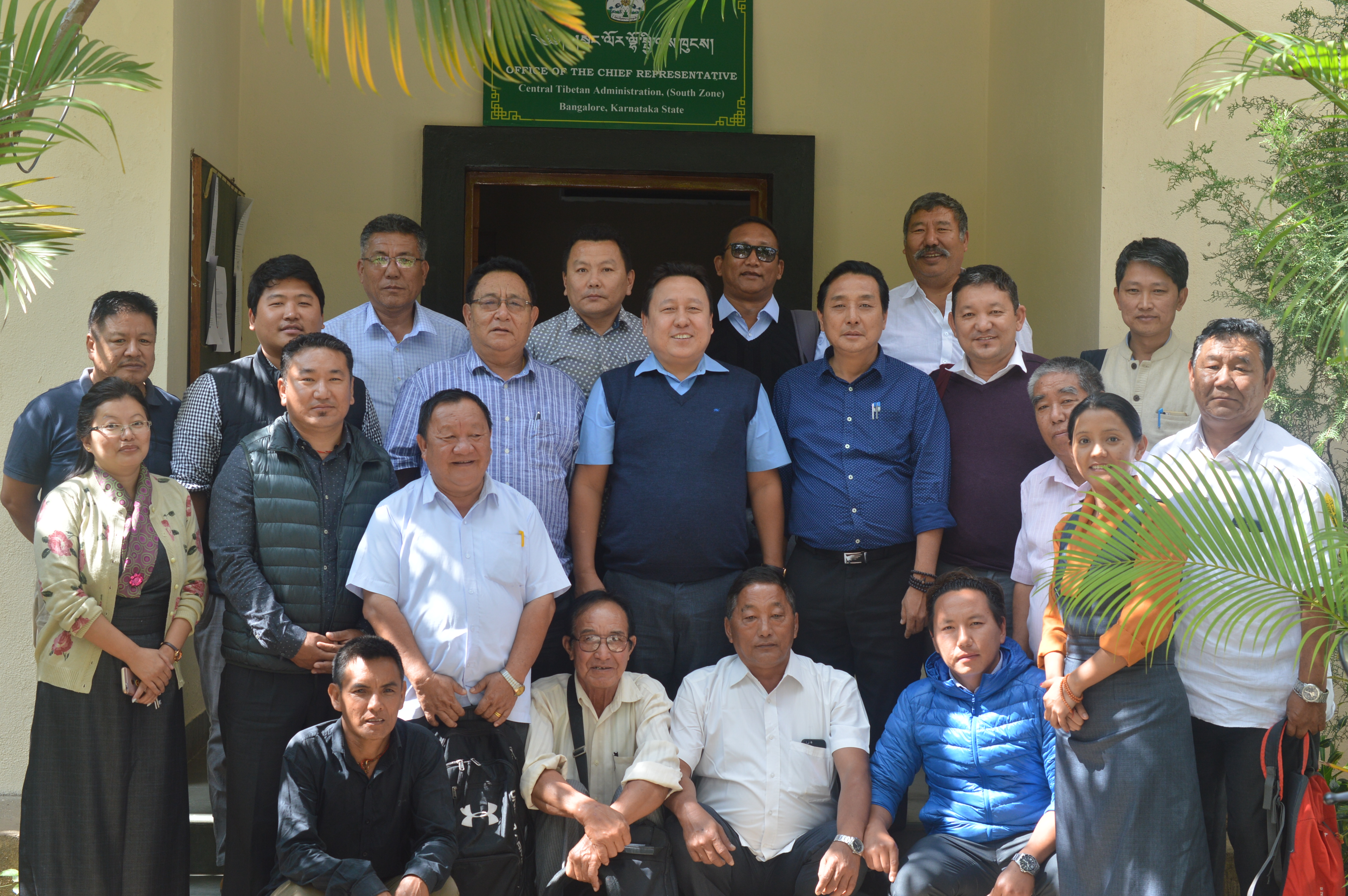 Group Photo of Chief Representative, South Zone Settlement Officers of the five settlements in Karnataka along with the President and Secretaries of Cooperative Societies.