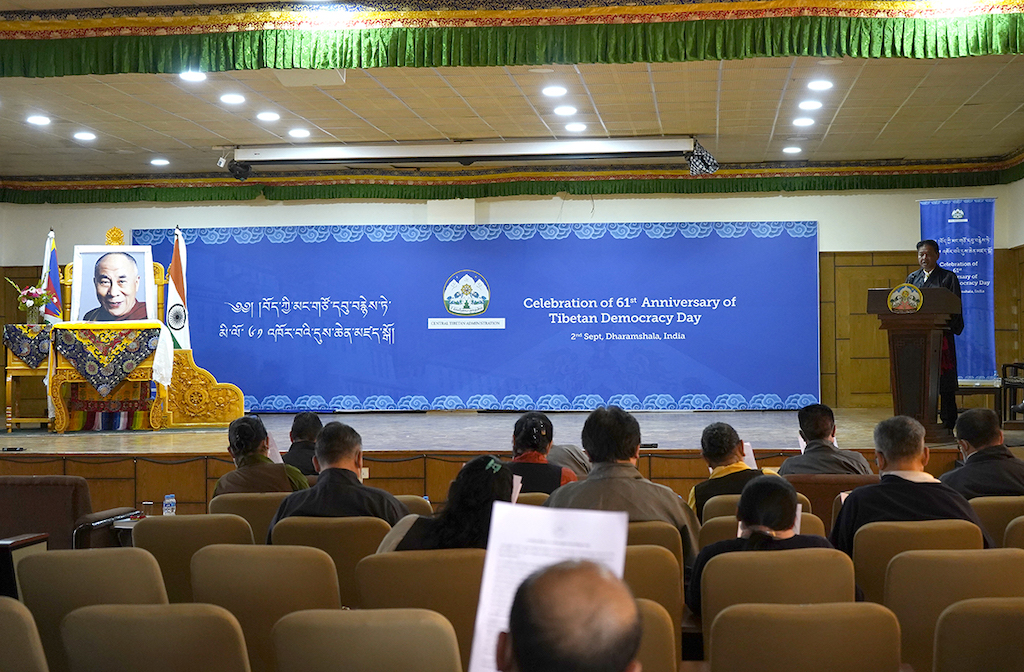 Following the singing of the Tibetan national anthem, the ceremony began with a performance of Tibetan democracy song by the Tibetan Institute of Performing Arts (TIPA). A speech on the importance of strengthening Tibetan democratic institutions by His Holiness the Dalai Lama delivered at the first Tibetan General Meeting on 31 August 2010 was also screened at the ceremony.

Delivering the official statement of the Kashag, Sikyong Penpa Tsering spoke about the evolution of Tibetan democracy under the visionary leadership of His Holiness the Dalai Lama. He said that Tibetan democracy has come a long way since the early days of exile and remarked that the sustenance of the Tibetan administration will depend on the strength of Tibetan democracy.

“On 3 February 1960, barely ten months after arriving in exile, the representatives of Tibetans in exile gathered for the first time in India’s sacred land of Bodhgaya and took Na-gyen Chenmo (great oath) pledging utmost dedication and sacrifice to forge unity and cooperation under the guidance of His Holiness the Dalai Lama,” Sikyong said.

“In the challenging environment faced on arrival in exile, His Holiness took the bold step of instituting the election of people’s representatives and making structural reforms in the exile Tibetan polity to encourage and steer it towards genuine democracy and rule of law,” he explained.

“Because of the far-reaching vision of His Holiness, today the Tibetan administration in exile represents all the Tibetan religious faiths, and has jurisdiction not only over areas administered by the Gaden Phodrang government but also the whole of Tibet’s three traditional provinces of U-tsang, Kham and Amdo. This unprecedented consciousness among the Tibetans in exile of belonging to a single Tibetan nationality could also be considered as a fruit of His Holiness the Dalai Lama’s democratisation efforts,” he noted.

“On 14 June 1991, the 11th Tibetan Parliament adopted the Charter bearing the hallmark of democracy, i.e., the three pillars of democracy and autonomous bodies. In order to further the process of democratization, the system of direct election of Kalon Tripa was started in 2001 and His Holiness took semi-retired position. The most significant democratic development took place in 2011 with the devolution of His Holiness’s political authority to the democratically-elected leader of the Central Tibetan Administration through the 25th amendment of the charter,” Sikyong said, explaining that this marked the full democratisation of the Tibetan polity.

Highlighting the indomitable spirit of the Tibetan people inside Tibet, Sikyong paid tributes to their sacrifice and unending efforts. “Tibetans inside Tibet have maintained indomitable courage and determination in the face of China’s continued policy to exterminate the Tibetan identity, and they have been making all-round efforts to protect Tibet’s religion, culture, language, and tradition, for which we remain deeply grateful. It is this strength that unites the Tibetans in exile and keeps alive the freedom struggle,” he remarked.

Commenting on the current Tibetan parliamentary impasse, Sikyong said: “The present Kashag has been carrying out its administrative works without any negligence. However, the inability of the parliament to convene its session has been preventing it from carrying out its legislative functions. The parliament is also not able to make use of the opportunities to plan activities and campaigns in accordance with the changing situation in China and the international community.”

Sikyong also expressed his concerns about the Chinese government misusing the situation for their own political goals. “The Kashag has been informed of several instances of the Chinese government exploiting this issue to spread falsehood inside Tibet, create division in the exile Tibetan community and misuse it at the international platforms. It has created great concern and apprehension among the governments, parliaments and Tibet supporters who genuinely support us. Tibetans inside Tibet said they would stop their activities for the Tibetan cause if the problem is not resolved immediately,” he said.

Chief Justice Commissioner Sonam Norbu Dagpo felicitated a staff who has completed 25 years of service in the Tibetan administration. He also launched a book on the life of Gyalo Thondup, former Kalon Tripa and elder brother of His Holiness the Dalai Lama published by Dengyab Editorial board.

The Tibetan Institute of Performing Arts (TIPA)’s Yarkyi 2021 music album was also inaugurated by Sikyong at the ceremony. 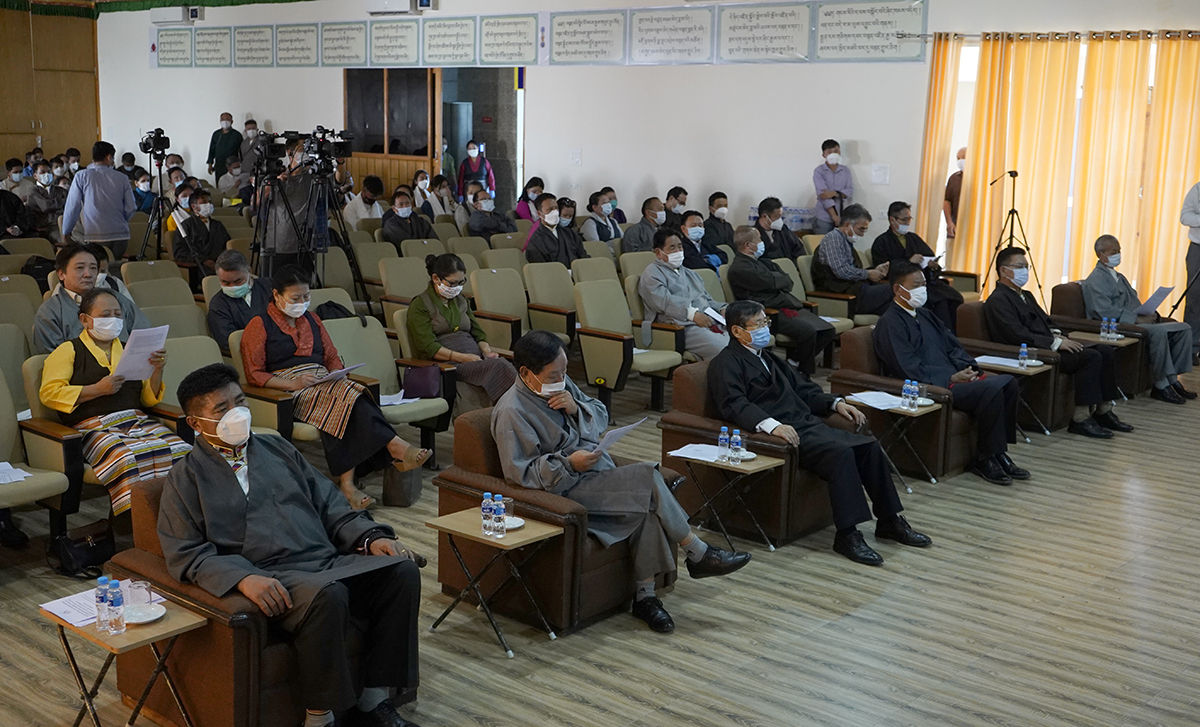 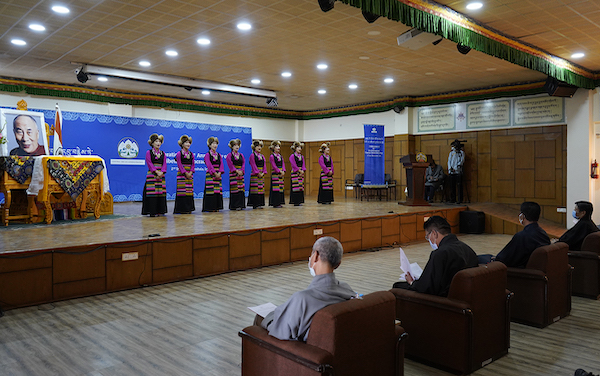 Artistes of Tibetan Institute of performing Arts (TIPA) presenting a performance at the ceremony. 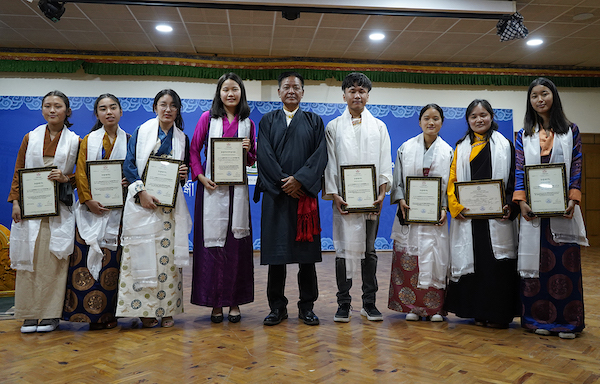 Sikyong Penpa Tsering with the recipients of the Sikyong Scholarship award 2021. 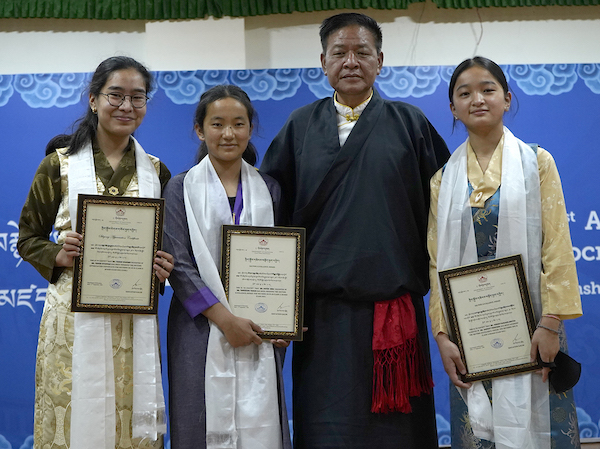 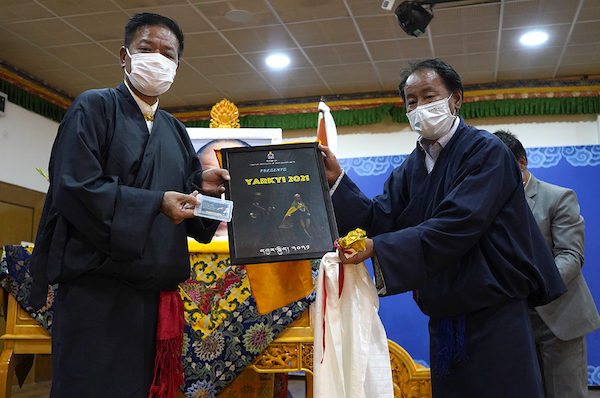 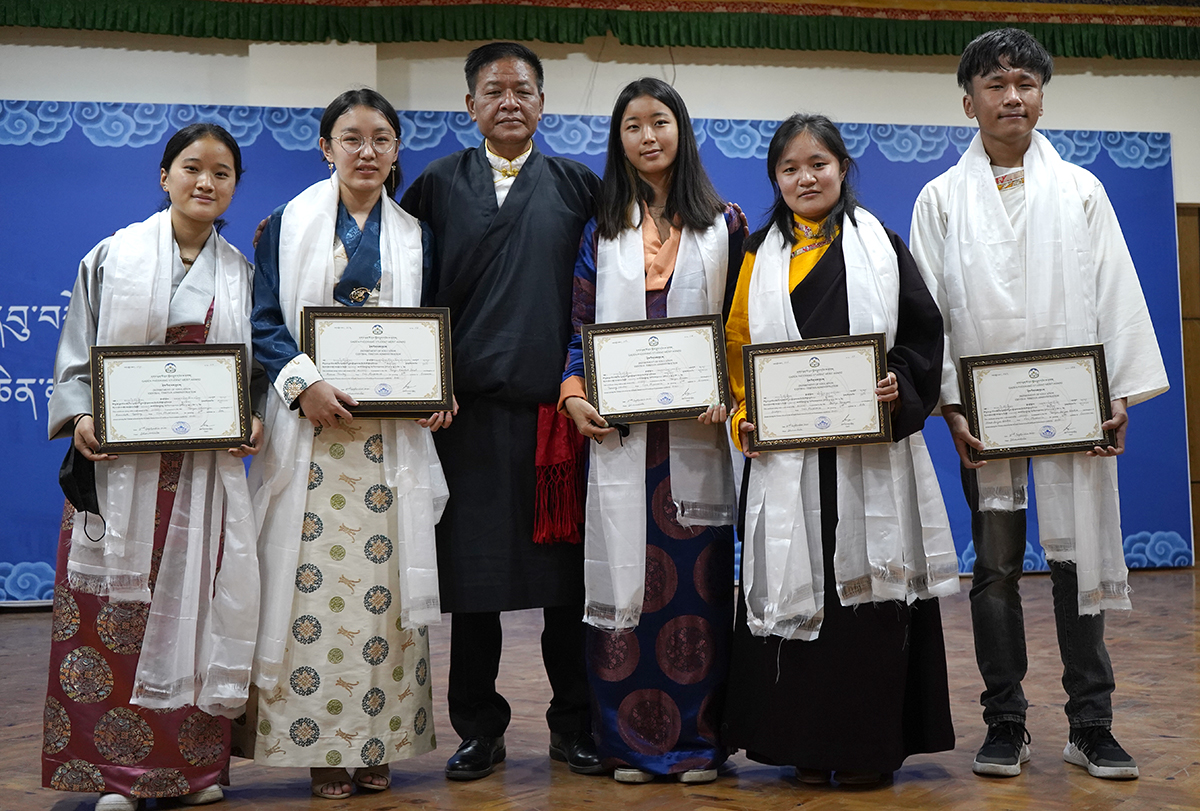 Sikyong with the recipients of Gaden Phodrang award 2021. 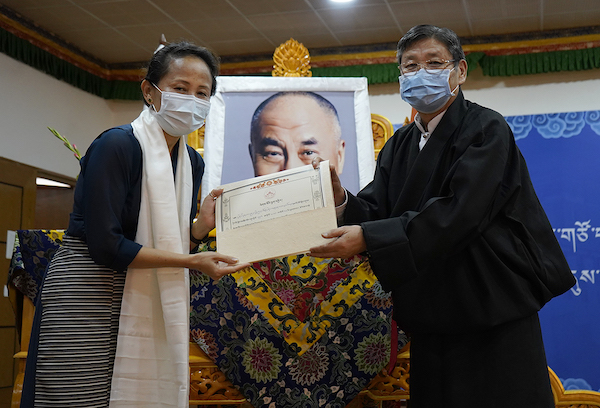 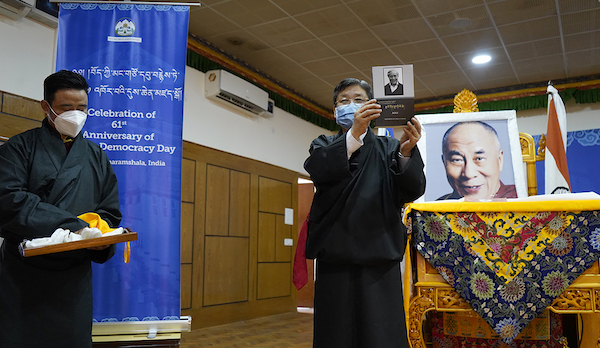 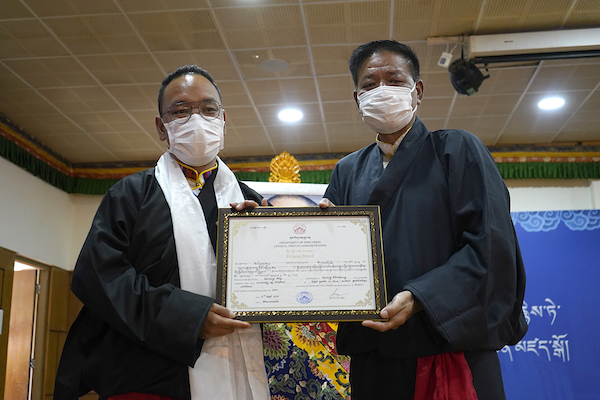