Celebration of His Holiness the Dalai Lama’s Birthday in Tibet Square in Vilnius, Lithuania 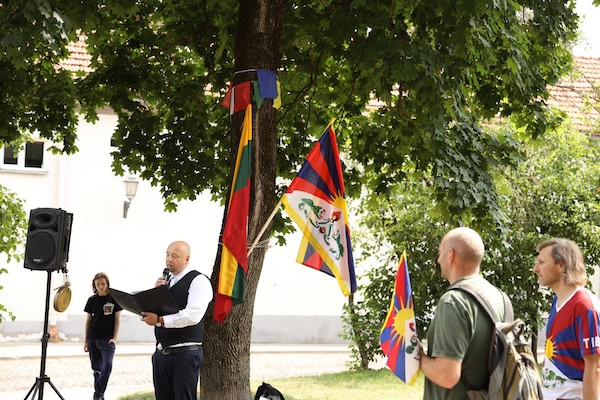 On July 5, in Tibet Square in Užupis district in Vilnius, on the initiative of Tibetan supporters, the 86th birthday of His Holiness was celebrated. It is symbolic that his birthday coincides with a very important date for Lithuania, the day of Statehood on July 6, which marks the Coronation of Lithuanian King Mindaugas.

The event featured the Tibetan anthem. Kristupas Kavaliauskas, an actor and member of the Tibetan support group, read excerpts from Tenzin Geyche Tethong’s book His Holiness the Fourteenth Dalai Lama: An Illustrated Biography.

On behalf of the Tibetan supporters in Lithuania, Tibetan activist Robertas Mažeika said that the celebration of the Dalai Lama’s birthday in Vilnius, Užupis, is very meaningful, because in 2009 there was a Free Tibet Square in this district founded, which has already been visited by His Holiness twice. He unveiled the mosaic sculpture “Mandala” here, as well as planted an apple tree, so we can still see the signs of his friendship in our city.

“But even more important are the encouraging words of the Dalai Lama, which have been circulating around the world for more than half a century and are an inspiration to millions of people around the world. The thoughts of His Holiness are known on all continents, have reached many countries of the world, are quoted and published in multiple books as the most precious treasure of humanity‘s spiritual heritage ” R. Mažeika said.

During the event, a stand was erected in Tibet Square with the thoughts of His Holiness written in Lithuanian, English, and Russian. Everyone who visits Tibet Square now and in the following days could pick up a separate leaflet with a quotation as if it were a personal message from the Dalai Lama.

This event is an introduction to another very important date: September 2021 marks the 30th anniversary of the Dalai Lama’s first visit to Lithuania in 1991. Then His Holiness, one of the most prominent spiritual authorities, the promoter of peace and compassion, drew the attention of the world’s media to the three Baltic states that had liberated themselves from the Soviet Union and declared their Independence – Lithuania, Latvia, Estonia – and by visiting them symbolically returned them to the world map.

After this visit, the Group for Inter-Parliamentary Relations in Support of Tibet was established in the Lithuanian Parliament, and a few years later, on the initiative of the writer Jurga Ivanauskaitė, an informal Tibet Support Group was founded that has been actively raising the issue of Tibetan freedom for 30 years now. 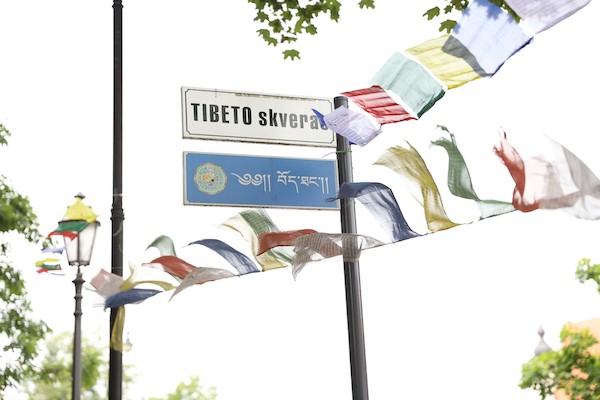 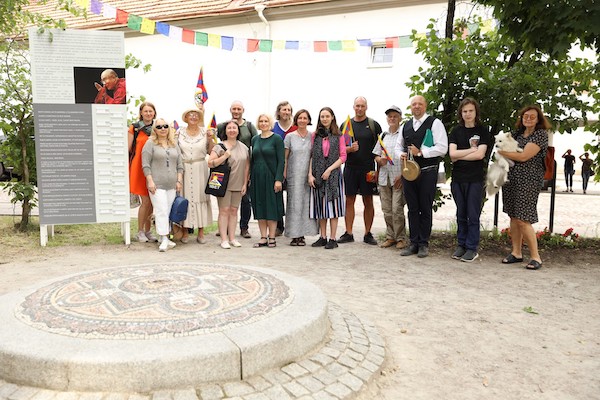