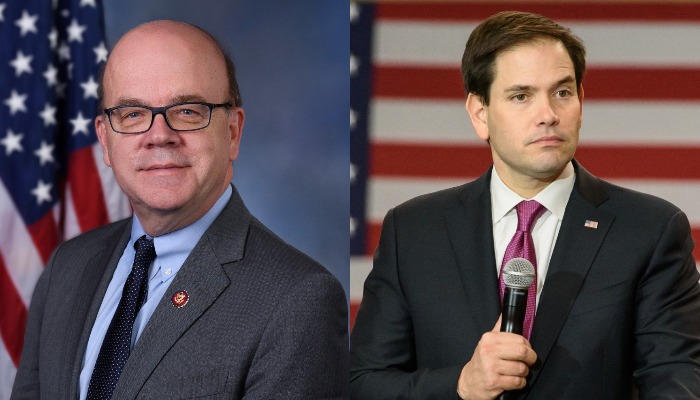 Washington DC: One of the strongest voices for the Tibetan cause, Representative Jim McGovern (D-MA) and Senator Marco Rubio (R-FL), the Chair and Cochair, respectively, of the bipartisan and bicameral Congressional-Executive Commission on China, issued a statement on the 25th anniversary of the 11th Panchen Lama’s disappearance. Read the statement on CECC official website here.

“Twenty-five years ago, Gedun Choekyi Nyima, the 11th Panchen Lama, was abducted with his parents and forcibly disappeared. Since then, they have not been seen nor heard from by anyone outside of China and they are among the world’s longest detained prisoners of conscience. We call for their immediate and unconditional release and remain deeply concerned about official restrictions on the practice of Tibetan Buddhism including control over the process of reincarnation, the demolition of buildings and expulsion of religious practitioners from Larung Gar and Yachen Gar, and the implementation of Tibet’s new “ethnic unity” regulations. These policies are part of a systematic effort by Chinese authorities to eliminate the distinct religious, linguistic, and cultural identity of the Tibetan people.

“We call on the Chinese government to uphold its international commitments to protect the rights of ethnic minorities and call on the Administration to use the tools provided by the Reciprocal Access to Tibet Act (P.L. 115-330), and those included in the Tibetan Policy and Support Act (H.R. 4331/S.2538), to support the human rights and religious freedom of the Tibetan people.”

On 13 September and 24 September last year, the chairs of the Congressional-Executive Commission on China introduced the Tibet Policy and Support Act, the most comprehensive bill yet on Tibet after the Tibetan Policy Act of 2002 in US House and the Senate respectively.

The CECC chairs along with Rep. Randy Hultgren (R-Ill.) and Senator Tammy Baldwin (D-Wisc.) also helped introduce and pass the Reciprocal Access to Tibet Act —bipartisan legislation sanctioning China’s exclusion of American journalists, diplomats and citizens from Tibet—in the US House and Senate in 2018.