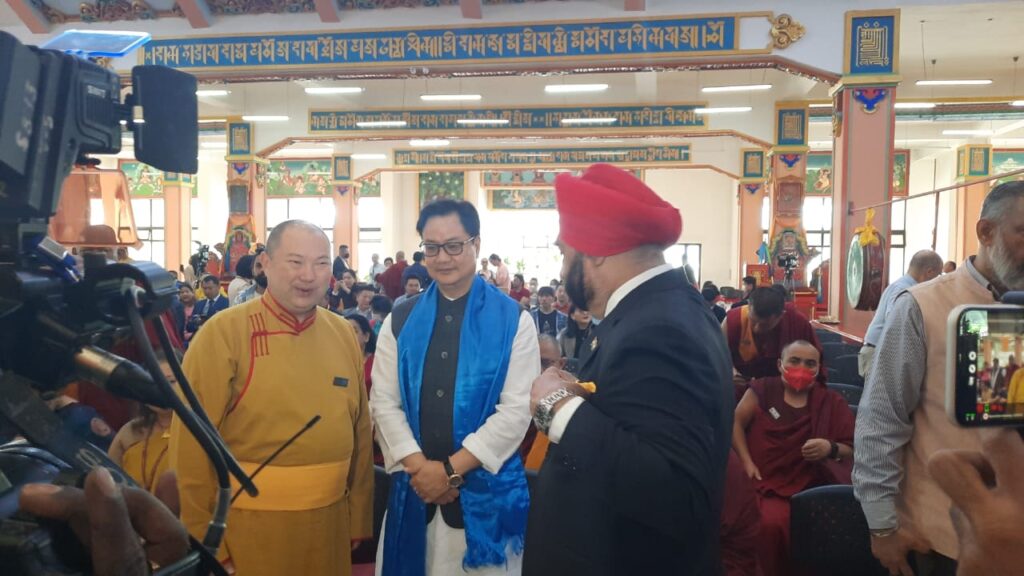 Mongolia: On 13 June the Buddha relics that are under the care of the National Museum of India in New Delhi, India were welcomed in Ulan Bator, Mongolia. The Four holy relics are known as the “Kapilavastu Relics” were brought in two special bulletproof caskets and board an Indian Air Force aircraft. The holy relics will be displayed at the Gandan Tegchenling Monastery complex for 11 days.  The Holy relics will be accorded the status of a State Guest.

A large delegation from India was led by Union Law Minister Kiran Rijiju “This is a special gesture from the Government of India. The Relics from which I have arrived from India will be kept here for public exposition. Mongolians are deeply connected with India. They look up to India as a source of Buddhism, Wisdom and Knowledge” said Law Minister Karen Rijiju. “A very special position in the hearts and minds of people of Mongolia and they are happy to see the large Indian Delegation along with the holy relics.

The opening ceremony for the exposition on the holy relics was held on 15 June which coincides with the Buddhist Holiday Vesak (Saga Dawa) The opening ceremony was well attended by Mongolian government officials, including Chairman of Mongolian Parliament G. ZandanShatar. Minister of culture Nomin Chinbat, former President of Mongolia N.Enkhbayer, parliament members and Ambassadors as well as representatives of other religious traditions such as Muslims, Catholics, and Russian Orthodox.

Telo Tulku Rinpoche, Representative of His Holiness the Dalai Lama and CTA was present to deliver a message from His Holiness the Dalai Lama on the occasion. “I am happy to know that the sacred relics of Buddha are carried by a special delegation from India’s National Museum to Gandan Tegchenling Monastery in Mongolia in commemoration of Buddha Jayanti (Saga Dawa) this year. The Buddha predicted that his teachings would spread from north to north, which we understand to mean from India to Tibet and from Tibet to Mongolia. In the subsequent centuries, Mongolians made great contributions to upholding that teaching” read the message. “I offer my greetings to everyone gathered here at Gandan Tegchenling Monastery, the centre of Mongolian Buddhism, and to every follower of the Buddha. With great prayers that the practice of his teachings may flourish, contributing to all sentient beings finding the peace and happiness they seek”

Thousands of people lined up to view the holy relics and the line of cars jammed the traffic for hours. Following the opening ceremony, Gandan Tegchenling Monastery hosted a lunch reception for the India Delegation. The luncheon was in a relaxed atmosphere and many issues were discussed from culture, music, religion and social well-being. Telo Tulku Rinpoche accompanied the delegation and interacted with both Mongolians and Indian Delegation members. The Display of the holy relics is called a historic milestone in India-Mongolia relations and will further boost cultural and spiritual relations between the countries. Notably, Prime Minister Narendra Modi was the first ever Prime minister of India to visit Mongolia. 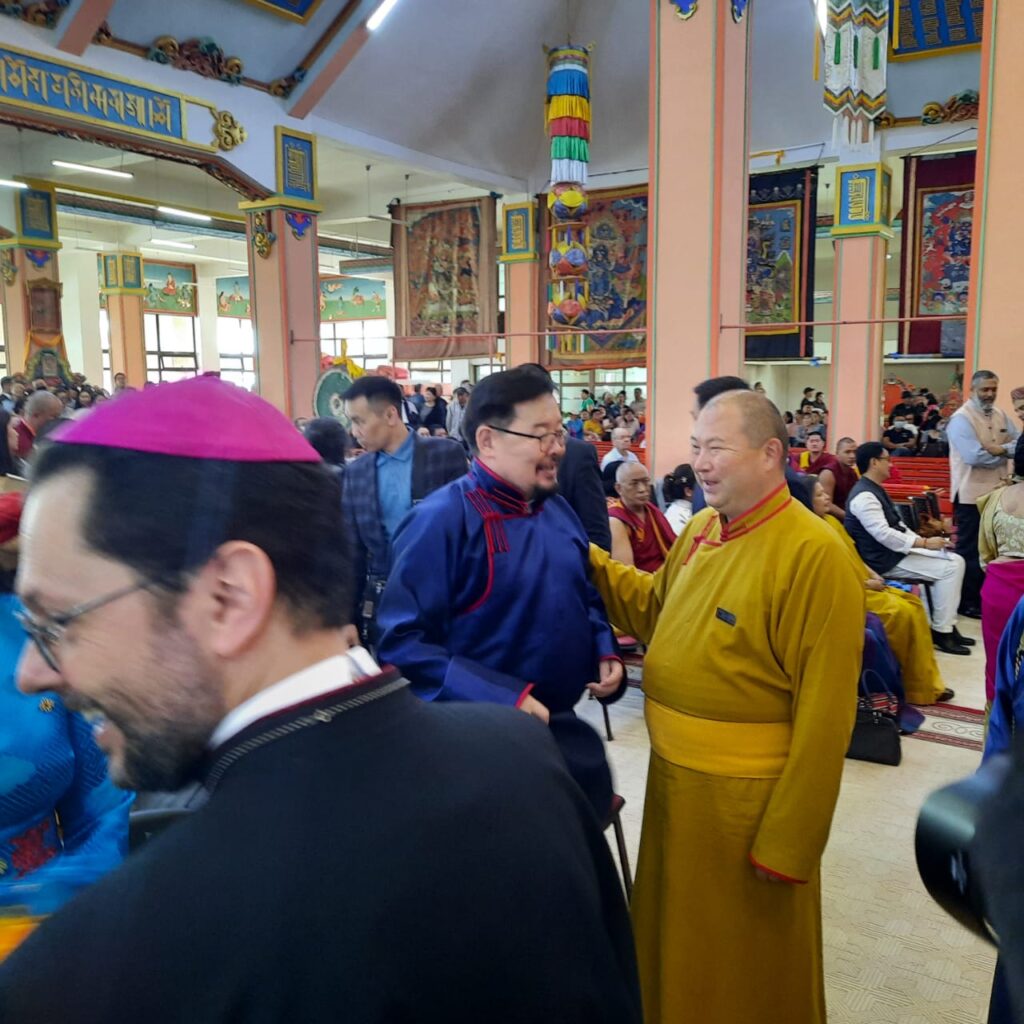 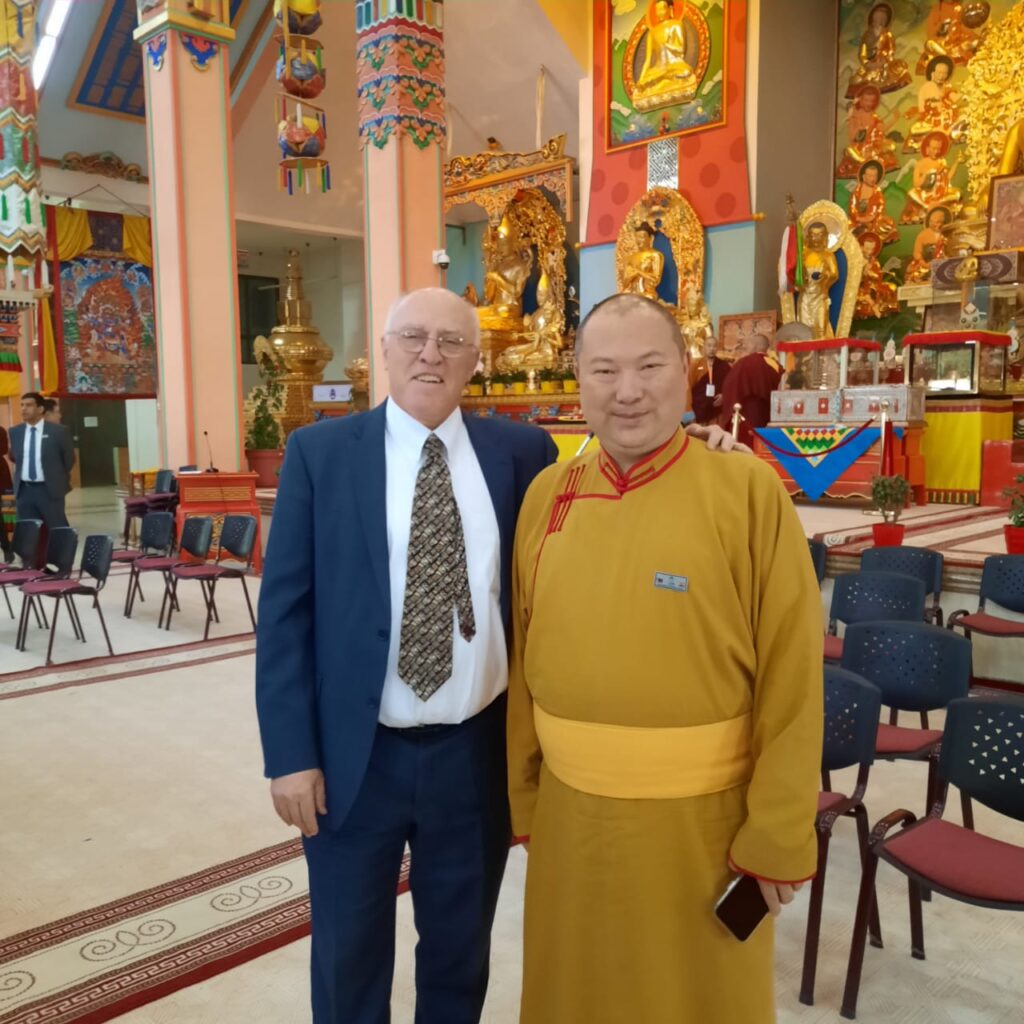