Chanakyapuri, New Delhi: Prominent Tibet Support Group, “Bharat Tibbat Sahyog Manch”, with more than 150 members, have protested against the Chinese illegal invasion on 20th October 1962, which led to the deaths of thousands of Indian soldiers and undermined the Panchsheel Agreement signed between the two nations on 29th April 1954.

BTSM has remained one of the strongest supporters of the Tibetan cause since its inception on 5th May 1999 under the patronage of Shri. Indresh Kumar. The organisation has been doing this protest near the Chinese Embassy for the past several years to remind the world about the brutality and inhumane act committed by Communist China to the Tibetans and its neighbouring countries. The members have raised slogans such as Stop Killing in Tibet, China Aksai Chin Choro, Tibbat Ki Azadi & Kailash Mansarovar ki Mukti, China Go Back.

Apart from the protest rally at the capital, BTSM Regional Unit at Chandigarh, Awadh, Chattisgarh, Ambala and Chittor have carried out the movement forward and created awareness about this significant day. BTSM has more than 250 chapters all over India and remains one of the most active supporters of the Tibetan Cause. 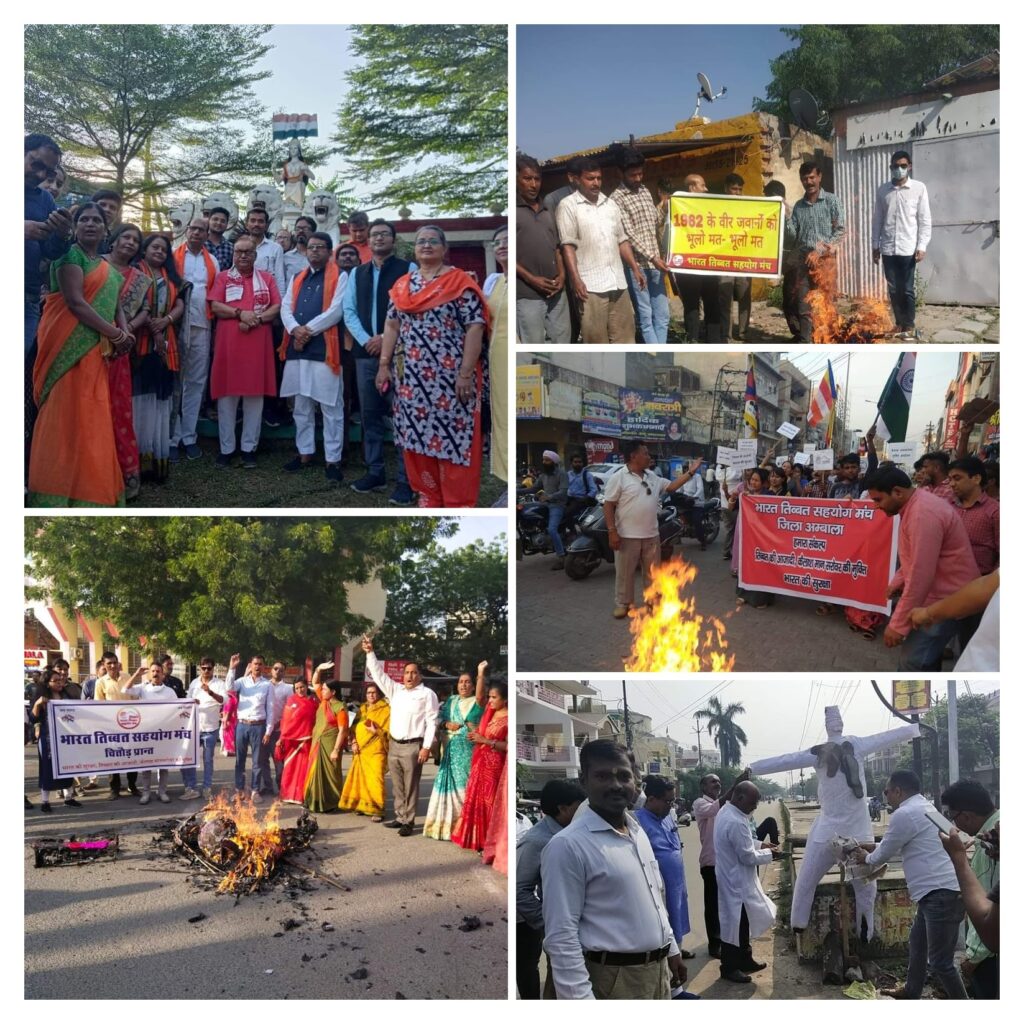 BTSM Regional Chapters at Ambala, Chattisgarh, carrying out a protest rally in their respective regions.