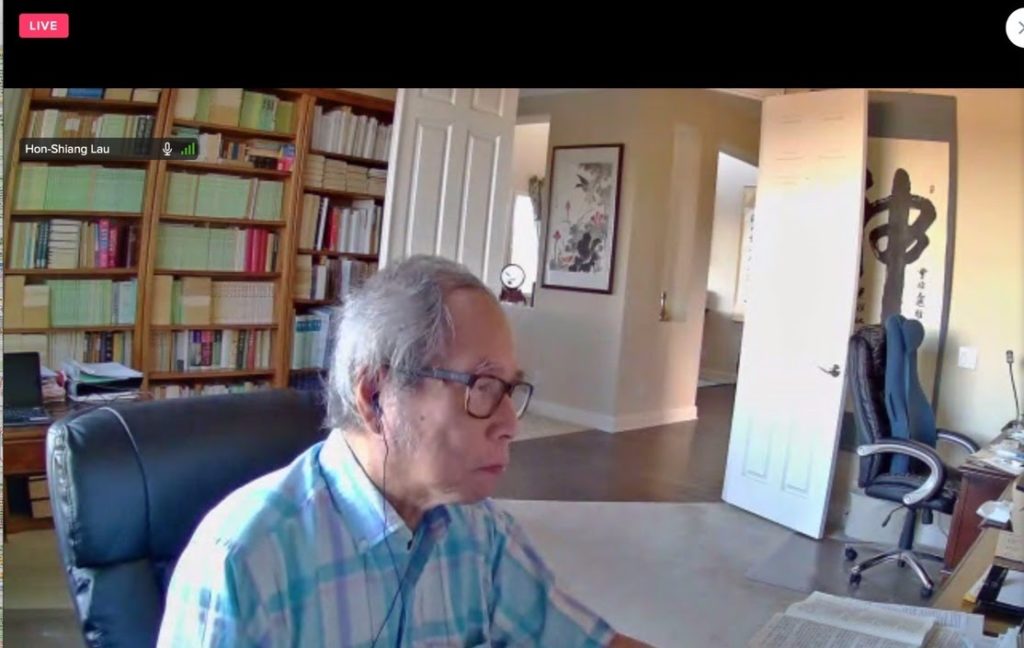 Professor Lau Han Shiang presents on “Status of Tibet during Ming Dynasty” as part of the virtual discussion organised by Office of Tibet, Washington DC.

Prof. Lau is an esteemed Chinese American scholar, who devoted his retired life, doing intense research on the status of Tibet and wrote this historical book, titled,  “Tibet was never part of China since antiquity”. In this particular session, Professor Lau presented his arguments based on the authoritative documents during the Ming Dynasty in China. Ironically, those were the same source used by PRC to claim that Tibet has been a part of China.

Representative Ngodup Tsering welcomed Prof. Lau and the participants and explained the purpose of organizing this event.

In reference to Tibet, the Representative said, Chinese Government initially claimed that Tibet was a part of China since the Tang dynasty. However, later changed their position as they could not find enough evidence.

Representative further ridiculed the Chinese Government for putting the irrelevant conditions hat His Holiness must accept that Tibet has been an inalienable part of China when His Holiness clearly stated that he can not change history but he will be willing to discuss the way forward. 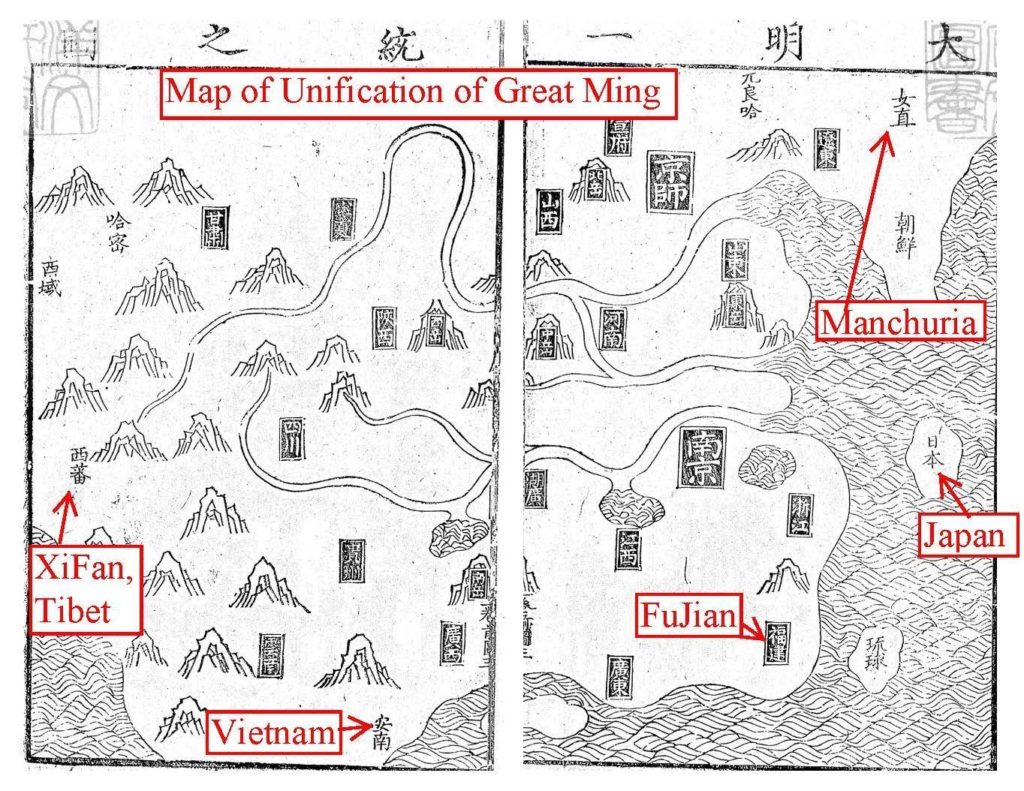 Shaded areas are territories under the Ming empire, Japan, Vietnam and Tibet is shown unshaded – According to the ancient map of Ming Empire.

Chinese Liaison Officer Tsultrim Gyatso moderated the session and explained that pursuing genuine autonomy for all Tibetans under one administration has been the central concept of Middle Way policy.

He expressed gratitude to Professor Lau for making himself available to talk to our youth, in the past and now. Professor, he said, never accepts fees and pays for his trip and accommodations etc during the visits. Tsultrim thanked the participants and encouraged Tibetan youths to study his book.

Professor highlighted why the Chinese Government has been insisting that Tibet has been a part of China since ancient times and not an invasion or occupation for the following reasons:

Professor Lau argues that in the ancient Chinese historical documents, as shown above, Laos, Burma and Northern Thailand has been mentioned as part of the Ming Empire whereas Tibet is shown right after Japan and Korea as the Foreign country. These documents are available on the internet and were published between the Yuan Dynasty and ROC (Republic of China) and later republished and reprinted by PRC.

An hour and a half virtual interaction with Professor Lau was highly interesting, greatly educative and the most uplifting session. The Office of Tibet will again interact with Professor Lau for another virtual session on his arguments about Tibet never being a part of China under the Qing Dynasty.