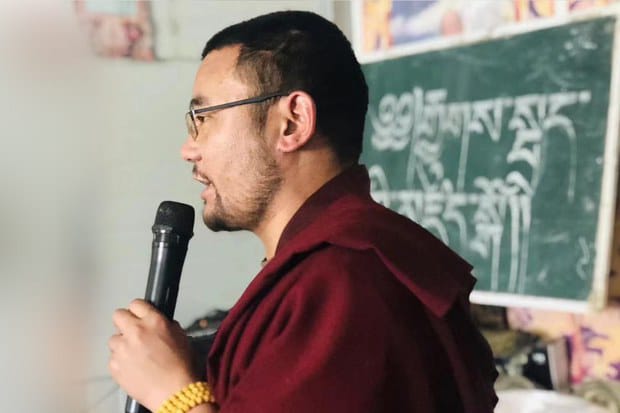 Dharamshala: The Chinese authorities have arbitrarily detained Tenzin Dargye in Sershul (Ch: Shiqu) County more than a year ago. The official reason for his detention and physical well-being remains unknown at this time.

In September 2020, Tenzin Dargye, (age not confirmed) a monk from Barong monastery in Karze in Tibet’s traditional Kham Province, now incorporated into Sichuan Province was detained along with another unidentified monk by the Chinese police after they repudiated the celebration of the 70th anniversary of the so-called “peaceful liberation of Tibet”, according to our source. They are currently being held in incommunicado detention at the Sershul County Detention Centre.

According to our source, Dargye has vehemently opposed the anniversary by repeatedly stating “there should not be a 70-year anniversary” of the so-called peaceful liberation of Tibet. It is widely believed that he may also have been arrested for sharing information and writings, deemed politically sensitive by the Chinese government, on social media, said our source.

According to other news reports, Dargye was taken into police custody after he was found in possession of pictures of His Holiness the 14th Dalai Lama with many other politically sensitive material on his mobile phone. Several other monks may also have been arrested with him. “It has now been more than a year since his arrest, but his family still has no information about where he is being held or whether he has already been tried or not,” reported RFA citing a source.

The situation around him has now worsened, as there has been no progress or news about Dargye’s wellbeing and whereabouts, raising serious concerns for many over his condition in detention.

Amidst the recent upsurge of China’s campaign against His Holiness the Dalai Lama and the clampdown on Tibetans, Dargye is the latest case in the long extensive lists of Tibetans held in incommunicado detention and enforced disappearance by the Chinese government.

– Filed by the UN, EU, and the Human Rights Desk / Tibet Advocacy Section

A ceremony at Barong Monastery.