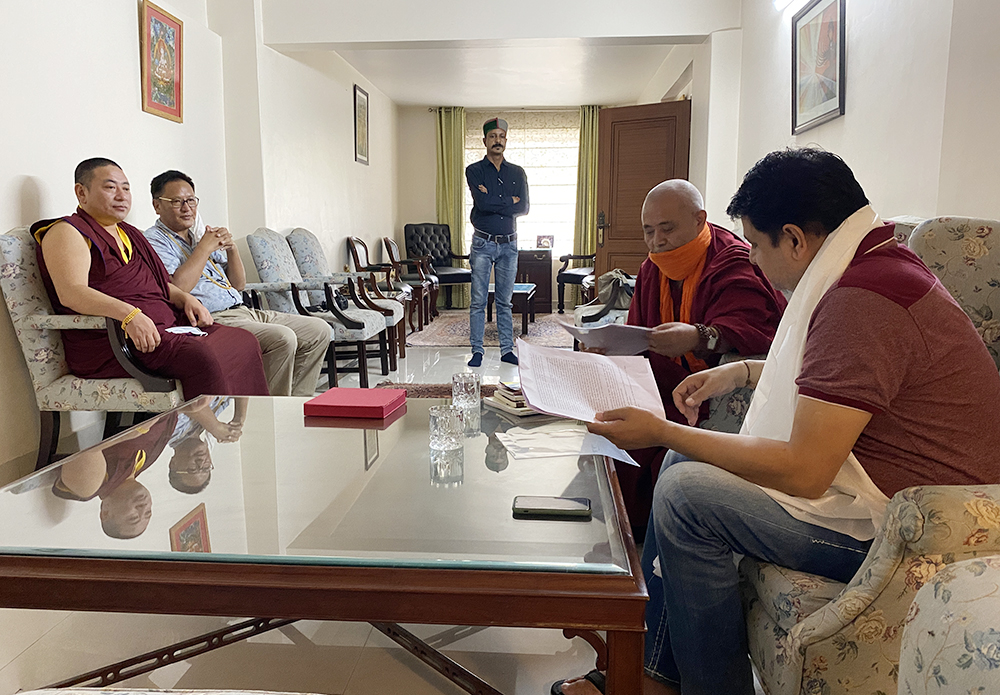 Dharamshala: A delegation of the Standing Committee of the Tibetan Parliament-in-Exile comprising of Deputy Speaker Acharya Yeshi Phuntsok, Parliamentarian Serta Tsultrim, and Parliamentarian Tenpa Yarphel today met Shri Sudhir Sharma, Former Minister of the Housing, Urban Development and Town & Country Planning of Himachal Pradesh and a member of the Indian National Congress at his residence near Norbulingka

Highlighting the increasing restriction of the oppressive Chinese regime on the Tibetans living in Tibet, Deputy Speaker informed about the 154 self-immolations and other protests against the Chinese government by the Tibetans in Tibet. He further spoke about the dialogue held between the Chinese and the envoys of His Holiness the Dalai Lama and on the repeating Sino-Indian border conflicts caused by China after the occupation of Tibet which turned Tibet into a zone of war.

The Deputy speaker invited Shri Sudhir Sharma to the official celebration of the 60th anniversary of the Tibetan Democracy Day, to which the former HP Minister assured his presence. 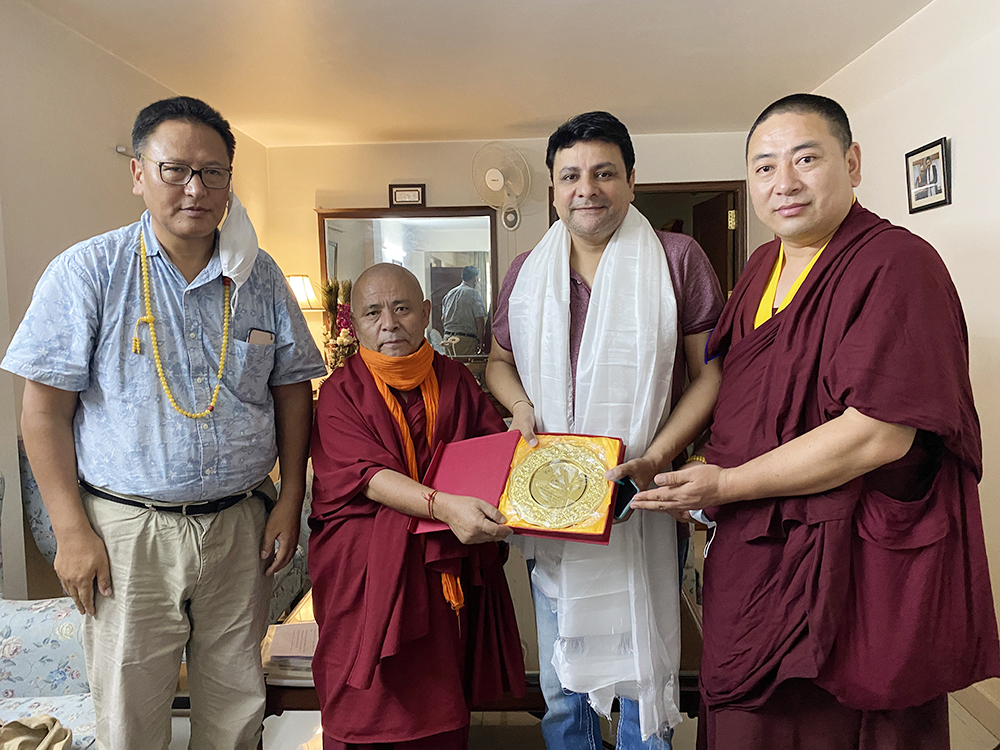 Deputy Speaker and the parliamentarians with Former Minister of the Housing, Shri Sudhir Sharma.