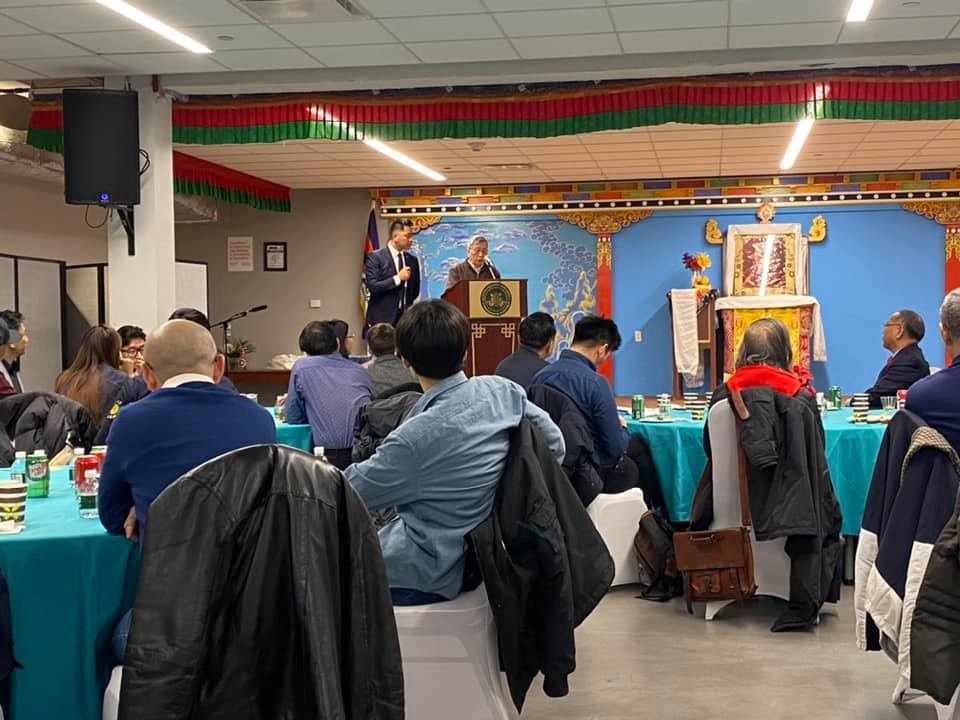 Former chief editor of Beijing Spring, Mr Hu Ping reads out the joint statement of Chinese scholars and democratic leaders rejecting the Chinese government’s interference in the Reincarnation of the next Dalai Lama.

At the event, former chief editor of Beijing Spring, Mr Hu Ping read out the joint statement, issued by a number of prominent Chinese scholars and leaders who live in the United States, rejecting the Chinese Government’s interference in the Reincarnation of the next Dalai Lama which it stated is Tibetan People’s right. It further said:

2. We strongly support Tibetans’ fight for their basic human rights and freedom, preservation of their cultural heritage, religious freedom, and to safeguard their natural ecosystem.

3. We are resolute in our support of His Holiness’ proposal of “Middle Way Approach”.  It is beneficial for both the Tibetan community and the Chinese people. 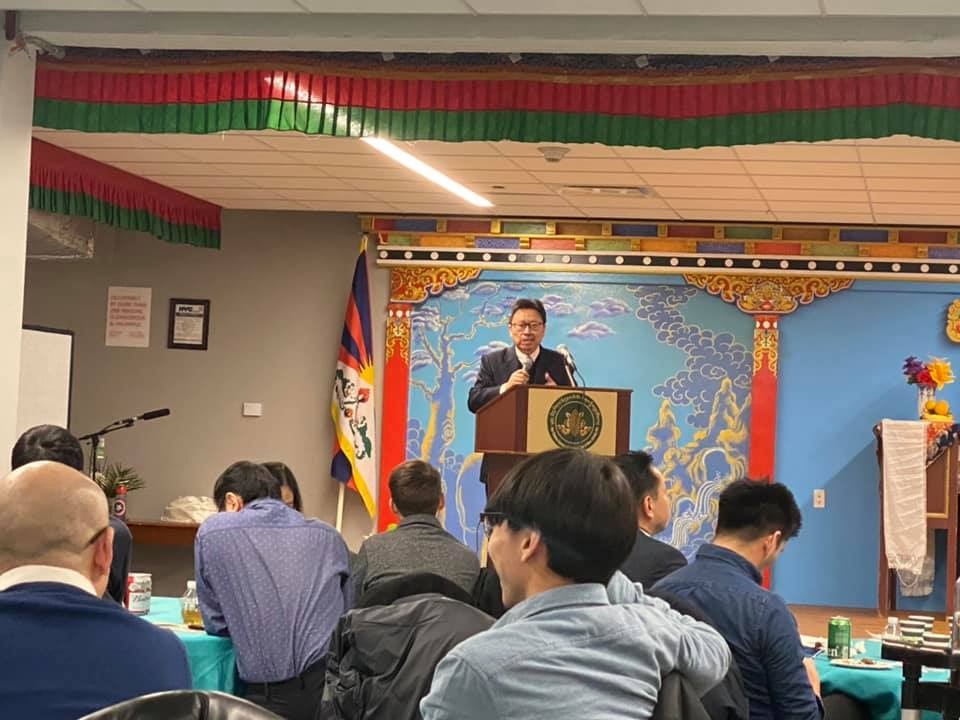 Prominent political commentator and Chinese democratic leader Mr Chen Pokong thanked the Representative of Office of Tibet for bringing them together and lauded the CTA’s effort for the smooth passage of the Tibetan Policy and Support bill in the House Foreign Affairs Committee recently.

Mr Chen shared his thoughts on the CCP’s failing economy and foreign diplomacy, social unrest in Hong Kong, and problems in many parts of China.

A Representative of Hongkong protesters also spoke on behalf of Hongkongers and shared their vision, determination and goal.

Representative Ngodup Tsering and Chinese Liaison Officer, Tsultrim Gyatso, attended the event along with President and board members of Tibetan Association NY & NJ. President of RTYC and Kunga Tashi, former Chinese Liaison officer were also among those present.

Representative Tsering spoke about the need for all victims of Chinese communist’s atrocities- Tibetans, Uighurs, and Hong Kongers, to fight together and intensify our own struggle in the wake of international outrage at the sinister design of the CCP to control the world. He elaborated on the Middle Way Policy which CTA has been pursuing for more than 4 decades. The CCP has no other interest than their power and authority, citing the case of Fudan University in China, where freedom of thought was replaced by allegiance to Xi’s thought, according to the ABC report. He also urged the attendees to expand the Sino-Tibet friendship circle.

The Chinese Liaison officer, Tsultrim Gyatso, welcomed the guests and introduced the programmes and outreach plans of the Office of Tibet, which is especially geared to building rapport and friendship and awareness in the Chinese diaspora. He thanked the Chinese supporters for their long-standing friendship and support. 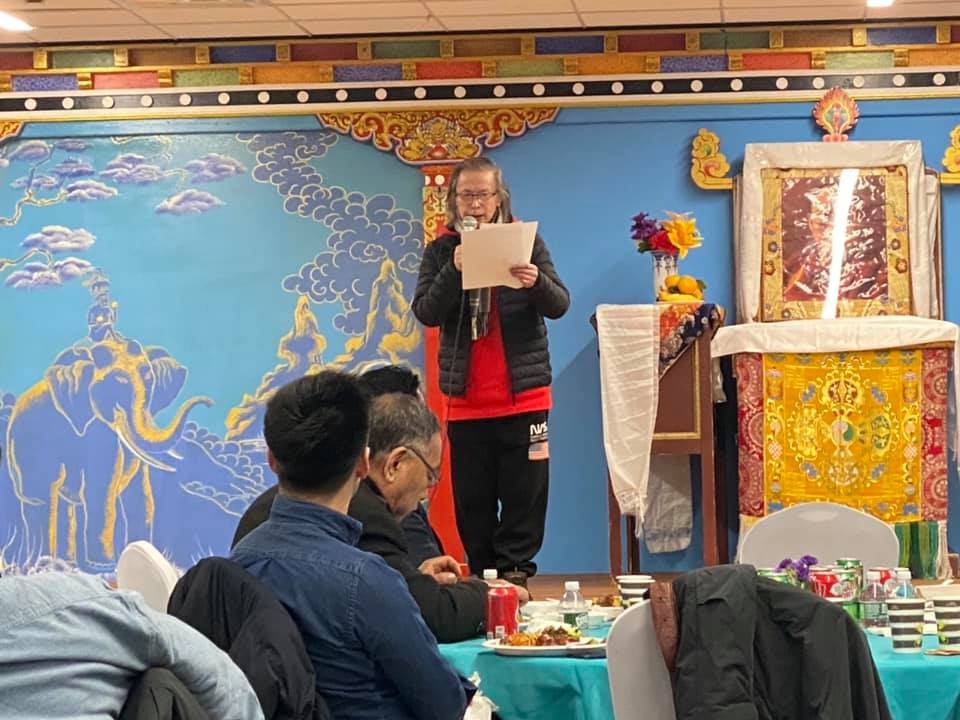 A Representative of Hongkong protesters speaking at the event. 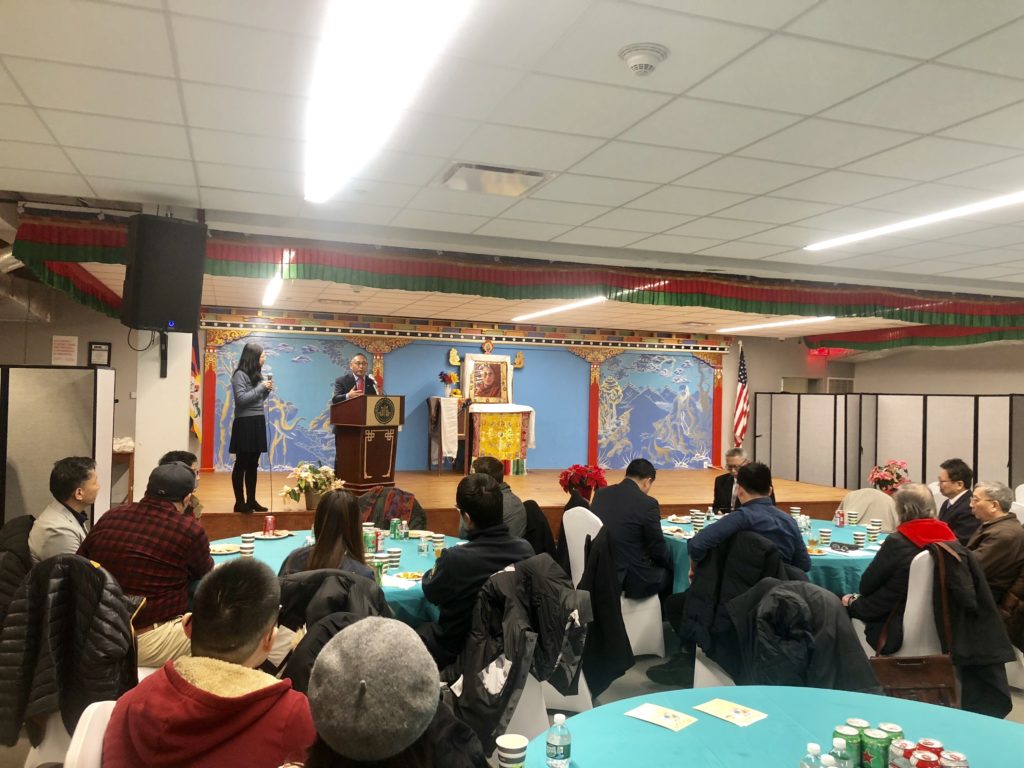