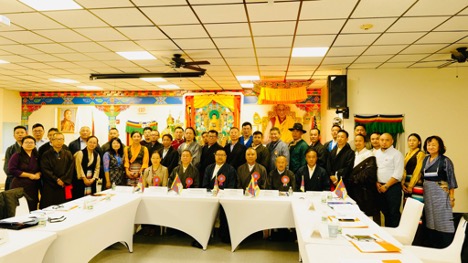 A group photo of the delegates at the 20th NATA Conference.

Members of the Tibetan Parliament in Exile(TPiE) Dhondup Tsering and Tenzin Jigme, The Tibet Fund Director Kasur Lobsang Nyandak, and International Campaign for Tibet(ICT) interim Vice-President Tencho Gyatso were the special guests at the conference.

The Presidents and Secretaries of 22 Tibetan Associations attended the Conference, of which 19 were from the USA and three from Canada. Representative Namgyal Choedup presided over the conference, which began with the inaugural welcome by Representative Namgyal Choedup and special remarks from the guests of honour. Kalsang Phuntsok, President of the Boston Tibetan Association, proposed a vote of thanks. Office of Tibet Tibetan Liaison Officer Tenzin Nawang emceed the program, while Secretary Tashi Dhondup, aided by Pema Tsewang Shastri and Tashi Gyurmey from Tibetan Association of Boston, took meeting minutes and formulated the final drafts of the conference.

The Conference deliberated over the resolutions adopted at the last year’s NATA Conference and focussed primarily on the three broad agendas: first, practice and promotion of His Holiness’s teachings and the four principal commitments; second, collective efforts to strengthen the Tibetan movement; and third, preservation of Tibetan language, religion, and culture including the weekend Tibetan language and culture schools.

The upcoming NATA’s Tenshug offering in Dharamsala on 26 October 2022, in partnership with Tibetan Children’s Villages, was also discussed and a special resolution was adopted emphasising the immeasurable importance and relevance of the Dalai Lama Institution to the Tibetan nation and people and the need for the continuation of this Institution to guide the Tibetan struggle.

The ICT interim Vice President Tencho Gyatso gave an overview of the ICT, talked about how the Tibetan Association can be a powerful force, and talked about lobbying strategies. This provided a wonderful opportunity for the Tibetan Associations and ICT to exchange views and strategies on how to build upon the collective efforts in Tibet advocacy, with a special focus on Tibet Lobby Day and the current Tibet Bill that was introduced in the US House of Representatives, Promoting a Resolution to the Tibet-China Conflict. It was unanimously agreed that all the Tibetan associations would continue to ensure the successful passage of this historic bill.

The conference concluded successfully with the unanimous agreement that the next year’s NATA conference be held in Toronto from 2 to 4 September  2023. 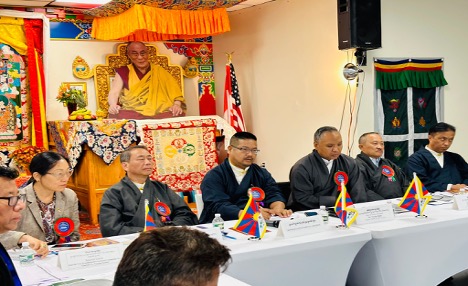 The Special Guests of Honor during the conference 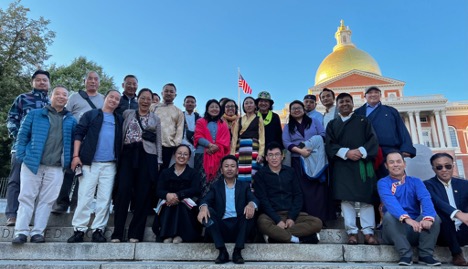 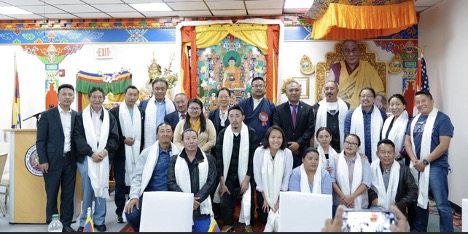 Group photo with the Boston Tibetan Association’s board members and the volunteers during the conference.