2 Teenagers among 4 Tibetans get Lengthy Jail Terms in Ngaba 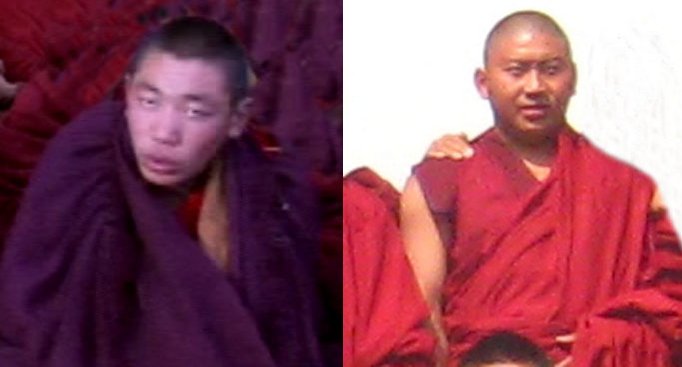 DHARAMSHALA: Two Tibetan teenage monks of Kirti Monastery in Ngaba in north-eastern Tibet – Lobsang Tsultrim, 19 and Lobsang Jangchub, 17 – were sentenced by the Chinese government to 11 and 8 years in prison in early September, reports coming out of Tibet say.

The two monks were arrested from Kirti Monastery in March this year for their alleged role in the self-immolation of another monk named Gepey, who was their friend. But it is not known on what charges the Chinese authorities have handed down the lengthy prison sentences to them. The location of the court proceedings and the current whereabouts of the two monks also remain unknown.

In another case, Lobsang Tashi, 22, a monk of Kirti Monastery and Thubdor,  a 25-year-old layman in Ngaba, were sentenced to seven years in prison by the Intermediate People’s Court in Barkham on 18 September. Only two days before the verdict was announced, the authorities intimated their families to come to Bharkham and did not tell them anything about the trial. The family members have expressed strong resentment that they were denied the right to take legal assistance to fight the case.

Both of them went missing for over nine months after they were arrested by the police last September. They were arrested and subsequently given the prison sentence for their alleged role in contacting with and sending information about the situation in Tibet to the outside world. They are currently lodged in a prison in Minyang in China’s Sichuan province.