His Holiness the Dalai Lama’s message on the 34th annual benefit concert of Tibet House, US 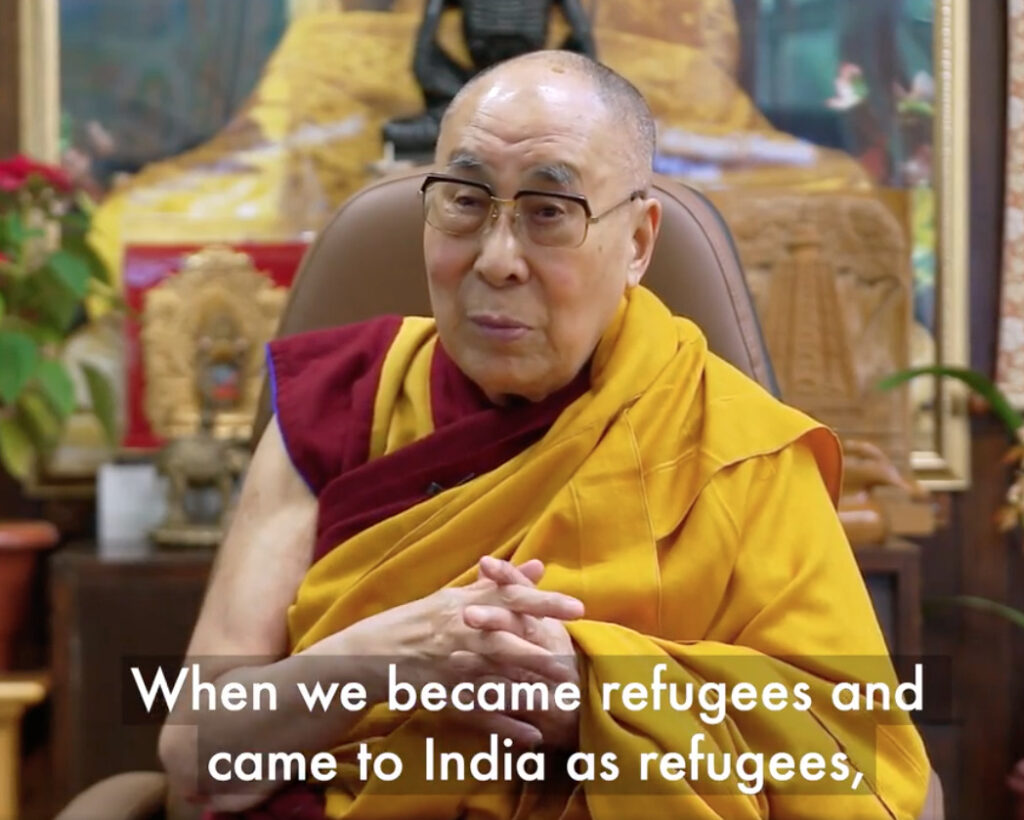 His Holiness the Dalai Lama sends a special video message on the occasion of the 34th annual benefit concert of Tibet House US. Image: Screengrab

Dharamshala: On the occasion of 34th annual benefit concert of Tibet House in the US, His Holiness the Dalai Lama sent a video message thanking the organisation for its substantial contributions in promoting Tibetan culture and tradition.

Speaking on the occasion, His Holiness said, “When we became refugees and came to India, In one way it was sad, but in another way, it was a new opportunity to show the outside world the Tibetan culture and tradition”.

As Tibetan Buddhism was gaining recognition, a number of foreigners began to show interests among which is an American Buddhist author Robert Thurman who established the Tibet House in New York. His Holiness appreciated his enthusiasm for Tibetan Buddhism and culture while adding that he did a ‘great thing’ by setting up Tibet House in the U.S.

“It is a great thing that Tibetan culture has not only been preserved among Tibetans but has also been shown to the outside world”, His Holiness added.

His Holiness maintained that organisations such as Tibet House have been a tremendous help in promoting Tibetan culture and Tibetan Buddhist tradition which is inspired by the Nalanda tradition.

“Thurman knows all about these things. He has studied them”, His Holiness said. He explained that Tibetan Buddhism like the Nalanda’s tradition extensively employs investigation based on logic and reasoning in its studies. This tradition has replaced the Tibetan’s age-old religious practise of Lamaism because of which a number of scientists have started to show a keen interest in Tibet Buddhism.

In conclusion, His Holiness commended Rob Thurman and his wife for their meaningful service toward advancing Tibetan culture and tradition.

“I want to thank my longtime friend Bob Thurman and those people who have helped him. Eventually, you will be seen as having informed the West of something new”, added His Holiness the Dalai Lama. He also mentioned Sogpo (Mongolian) Wangyal, late Geshe Wangyal who lived in a small temple in New Jersey and who also contributed to advocating Tibetan Buddhism among the Americans.