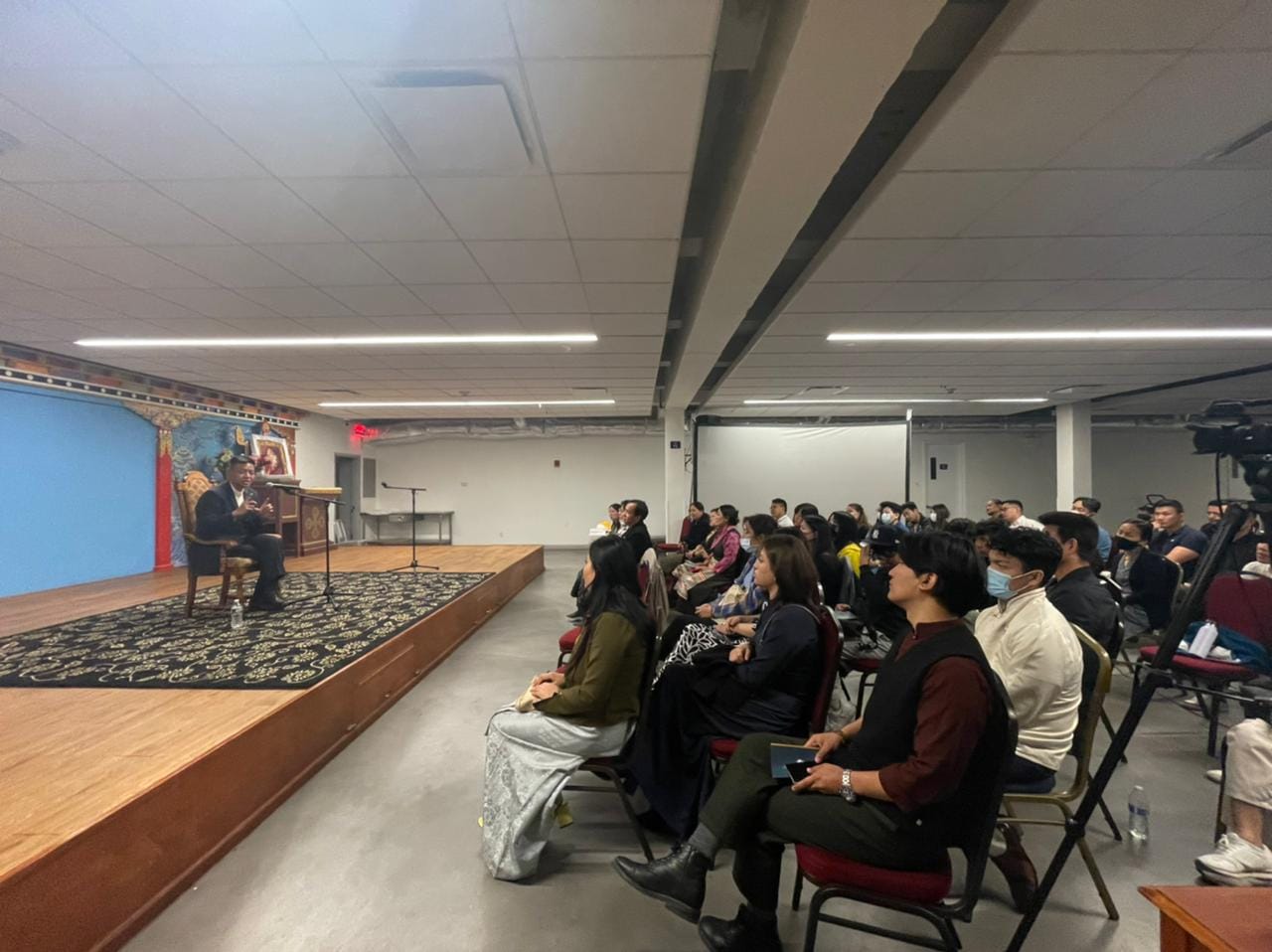 New York: An event on the Voluntary Tibet Advocacy Group was held at the Tibetan Community Center Hall in New York on 1 May 2022 for Tibetan youth and young professionals living in and around New York. As part of the “Interaction with Sikyong: Tibetan Youths and Young Professionals” initiative, the event highlighted the importance of youth participation in the Tibetan movement and discussed how Tibetan youth can contribute towards the Tibetan movement.

Voluntary Tibet Advocacy Group or V-Tag is initiated by the 16th Kashag with the primary objective of reinforcing the existing advocacy campaigns across the world by providing a platform to every Tibetan to contribute in their own ways for the larger cause of Tibet. It was launched by Sikyong Penpa Tsering of the Central Tibetan Administration in Zurich on 6 November last year.

At the event, the Tibetan youths were enlightened about the Voluntary Tibet Advocacy Initiative by Dukthen Kyi, Head of the Tibet Advocacy Section at the Department of Information and International Relations. Through a comprehensive presentation, key aspects of the V-TAG initiative are described, including its goal, necessity, and the roles and responsibilities of the V-TAG members and the stakeholders involved.

Specifically, Dukthen Kyi discusses the functioning of V-TAGs in the United States and Canada. She stressed the need for more Tibetan youth to be registered with the new program in those countries. The young audience members listened intently throughout the presentation.

Following the engagement of the youths on the V-TAG, Sikyong Penpa Tsering narrated historical accounts of Tibet’s first political relationship with the U.S. by a trade delegation in 1948, and later by the CIA’s aid in the training of Tibetan exiles for insurrection against the Chinese regime. Sikyong enlightened the young Tibetans on the political relations between Tibet and the United Nations by explaining the three UN resolutions on Tibet in 1959, 1961, and 1965 in New York, US.

Further, the Sikyong urged the youth to remember His Holiness the Dalai Lama’s hard work and perseverance in gaining U.S. government support in Tibet’s issue. Sikyong attributed the current support for Tibetans to the Dalai Lama’s first visit to the United States in 1979, which led to multiple subsequent visits in the decades to follow, cementing friendly relations with various governors of the US government.

Sikyong applauded the efforts made by Tibetans in the United States earlier in bringing Tibet to the attention of international organizations despite having a small support base and numbers. As he believes a timely lobby involving coordinated efforts from Tibetan youths will achieve fruitful results in Tibet advocacy, he welcomes the involvement and support of Tibetan youths in furthering the Voluntary Tibet Advocacy Group Initiative.

Sikyong’s final message to the youth was to educate themselves about Tibet by reading well-researched articles and books so they can speak confidently when discussing Tibet. Moreover, he urged them to coordinate their efforts in order to move the Sino-Tibetan conflict forward. 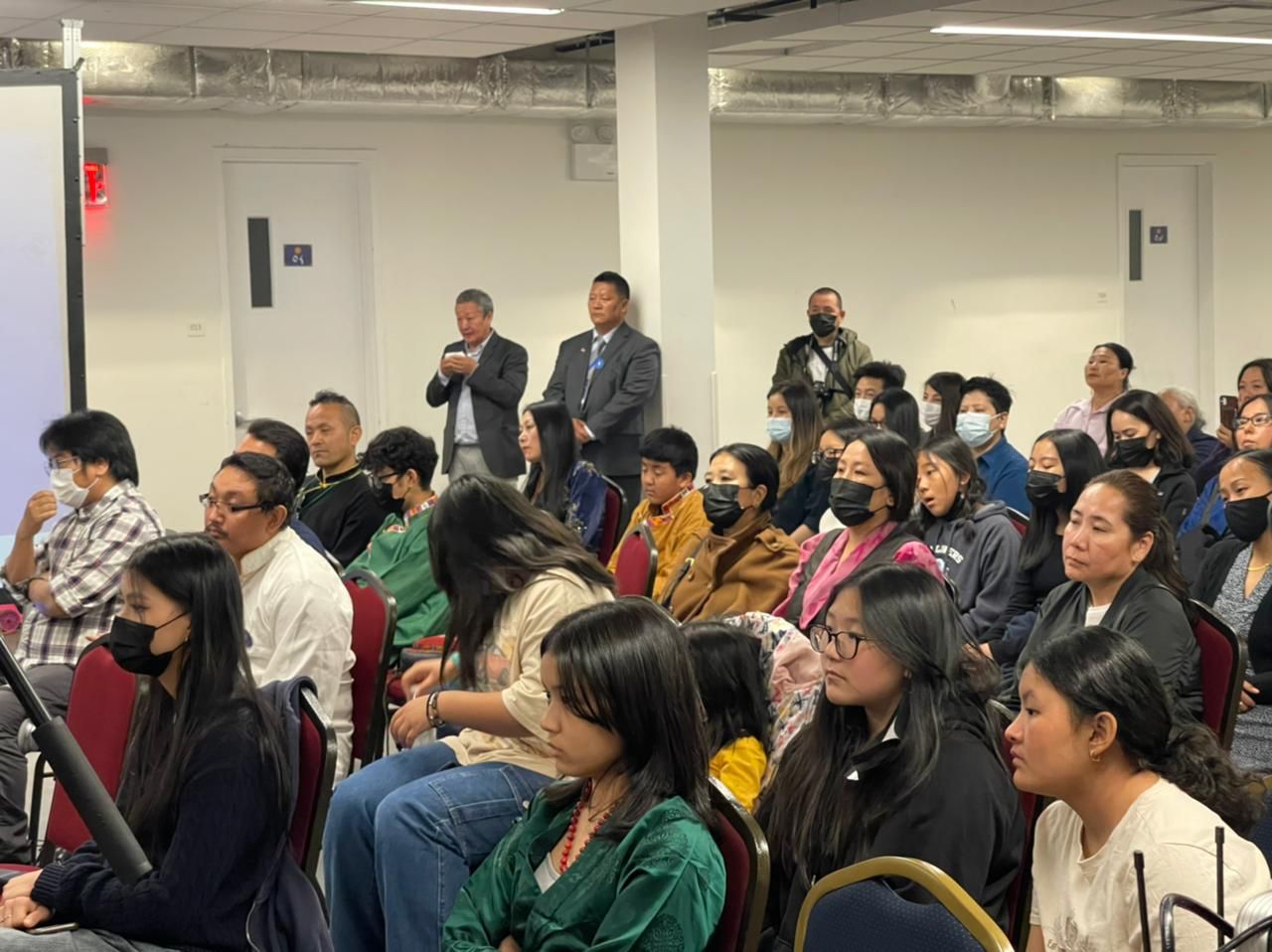