You are the Future of the World: His Holiness to Students at Knight’s Square in Pisa 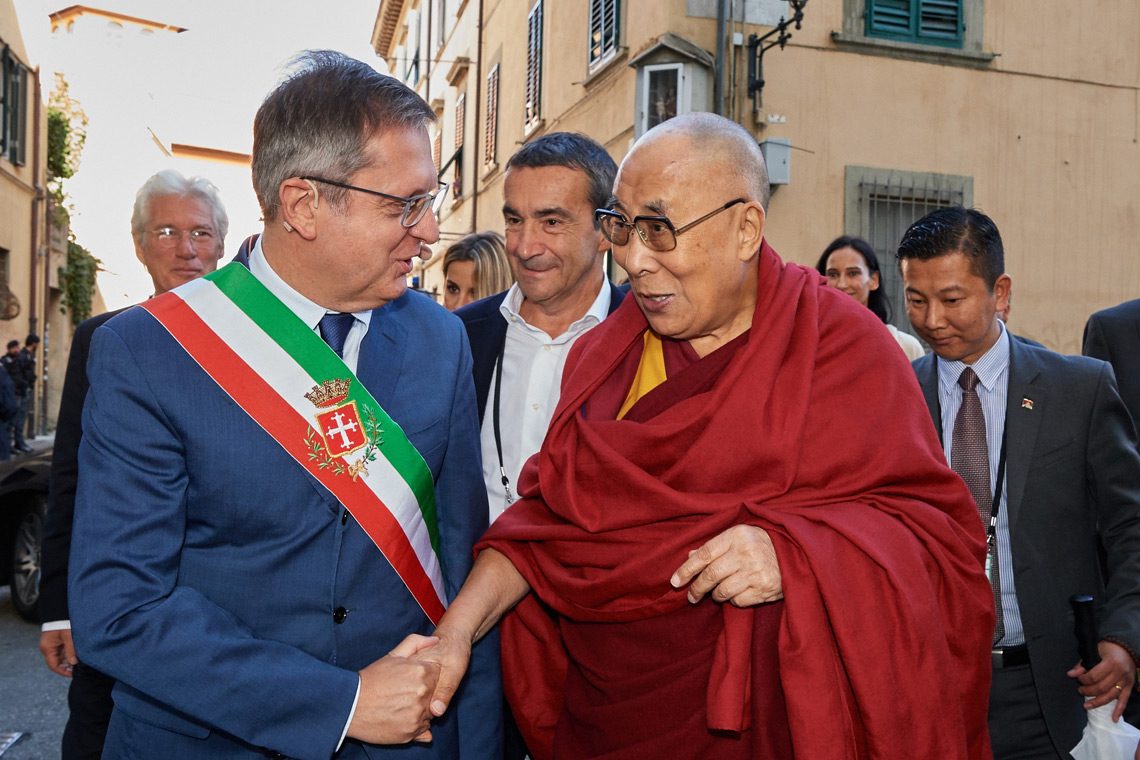 Mayor of Pisa, Marco Filippeschi Escorting His Holiness to the stage at Piazza dei Cavalieri (Knights Square) in Pisa, Italy on 20 September, 2017. Photo by Olivier Adam

Pisa, Italy: “You are the future of the world,” said His Holiness the 14th Dalai Lama, who delivered the keynote address to a 3700-strong audience, among which 1300 were students, on the morning of 20 September at Knight’s theatre in Pisa, Italy.

His Holiness’ message to the crowd centered on the importance of emotional hygiene in securing peace of mind, the strength of compassion and the responsibility of the younger generations in making the world a better place.

He also raised concerns over the distress brought about by violence in the Middle East and North Africa, the children starving in Yemen and the hardships faced by the Muslims in Myanmar. “It’s all very sad”, he said.

“Because our existing education system is oriented towards material goals, people neglect their inner world. They don’t know how to bring about peace of mind,” lamented His Holiness. 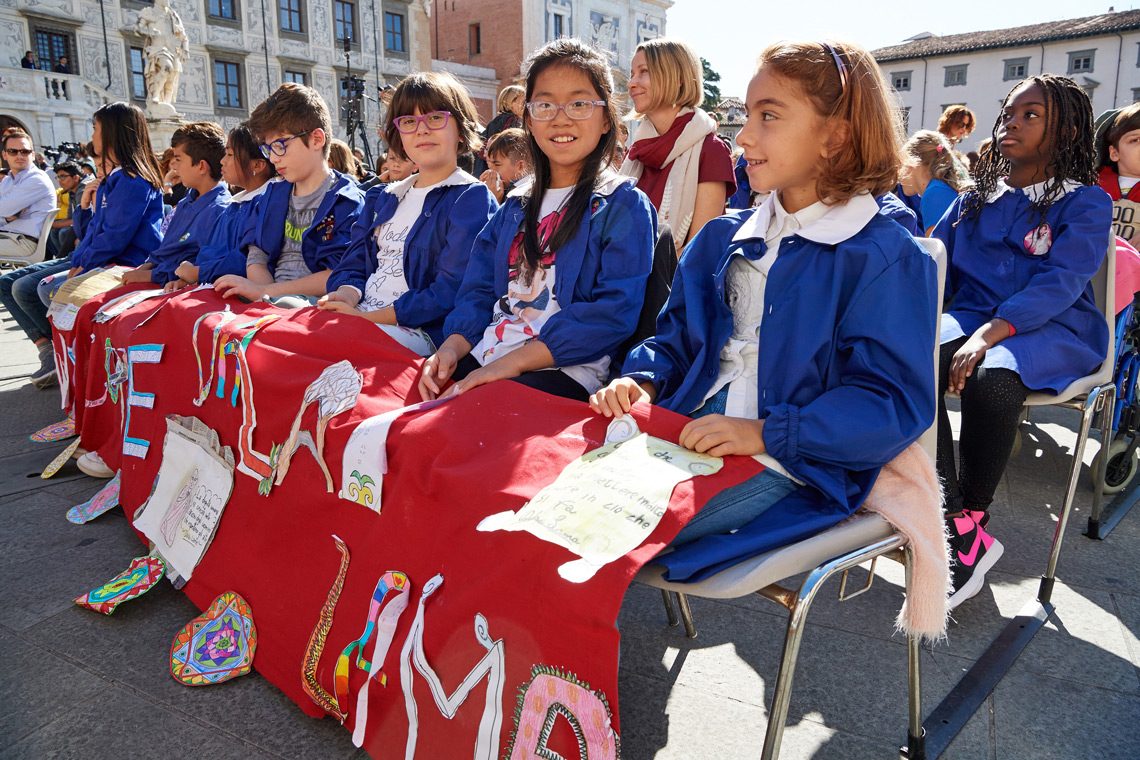 Some of the 1300 students, among the crowd of 3700, listening to His Holiness at the Knights Square in Pisa, Italy on 20 September, 2017. Photo by Olivier Adam

His Holiness further spoke about the fact that preserving physical hygiene is the same as maintaining emotional hygiene.

“Since many of the problems we face are related to our minds, it’s in our minds that we must find a remedy. This is simply a matter of physical and mental well-being” he said.

Elucidating that fear and anxiety easily give way to anger and violence, His Holiness explained that the opposite of fear is trust, which, related to warm-heartedness, will boost our self-confidence

He stated that compassion reduces fear, as it deals with a sense of concern for other’s well being. “A compassionate mind is calm which enables a human being to use his or her sense of reason intelligently.” 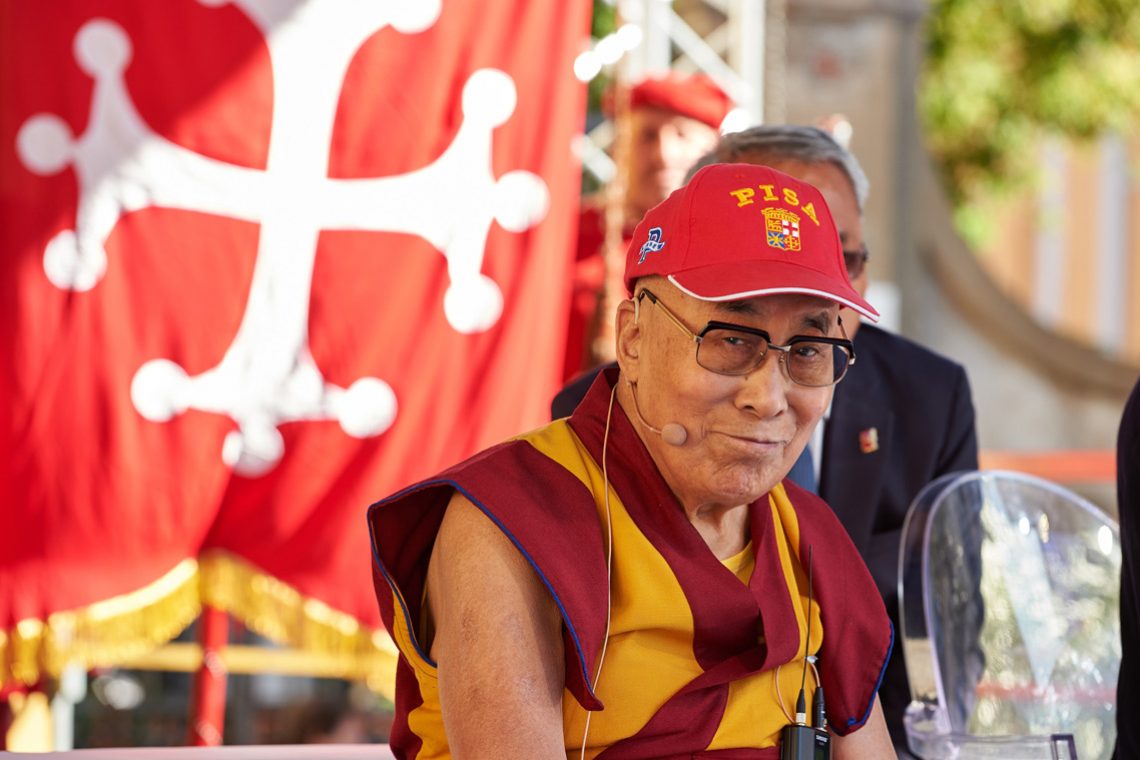 His Holiness listening to a question from the audience during the interaction session of the talk at Knights Square in Pisa, Italy on 20 September, 2017. Photo by Olivier Adam

Addressing over 1300 students gathered, His Holiness said that they were the future of the world and that they belong to the 21st century and must shoulder the responsibility to create a better world.

“Basic human nature is compassionate. If you can cultivate that with intelligence, you’ll be able to create a happier, more peaceful world,” His Holiness concluded. 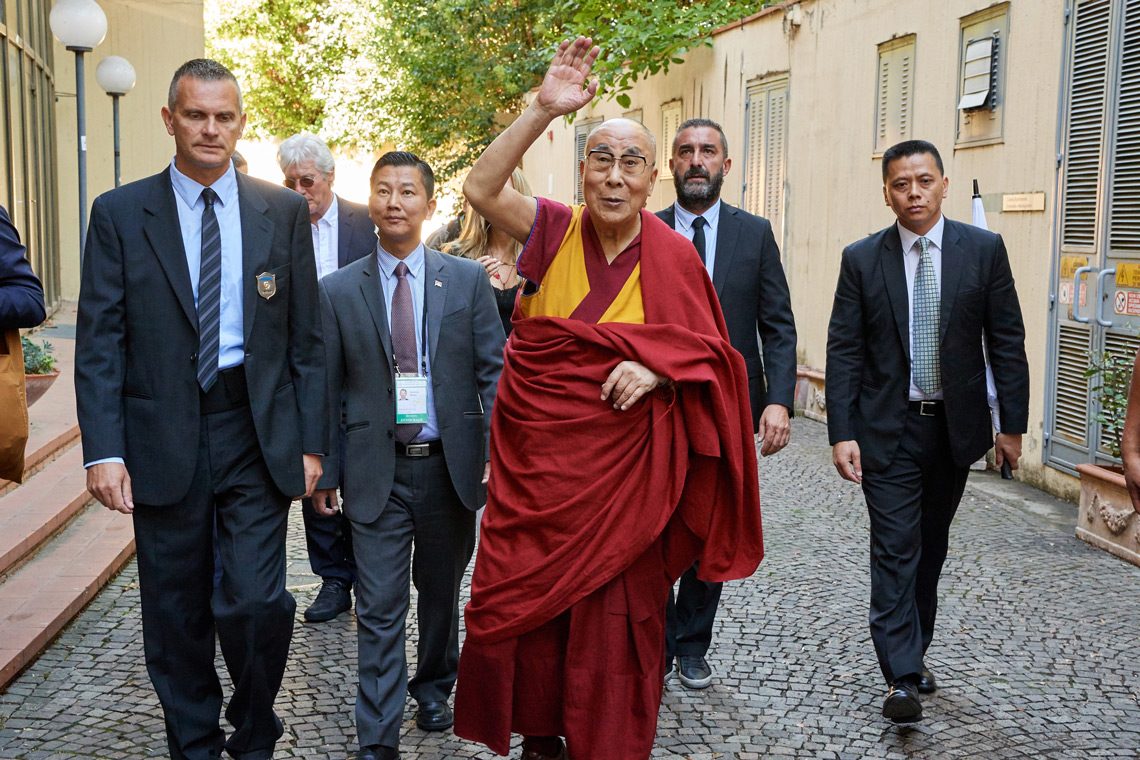 His Holiness waving to the local residents looking out the windows as he returns to his car after the talk in Pisa, Italy on 20 September, 2017. Photo by Olivier Adam 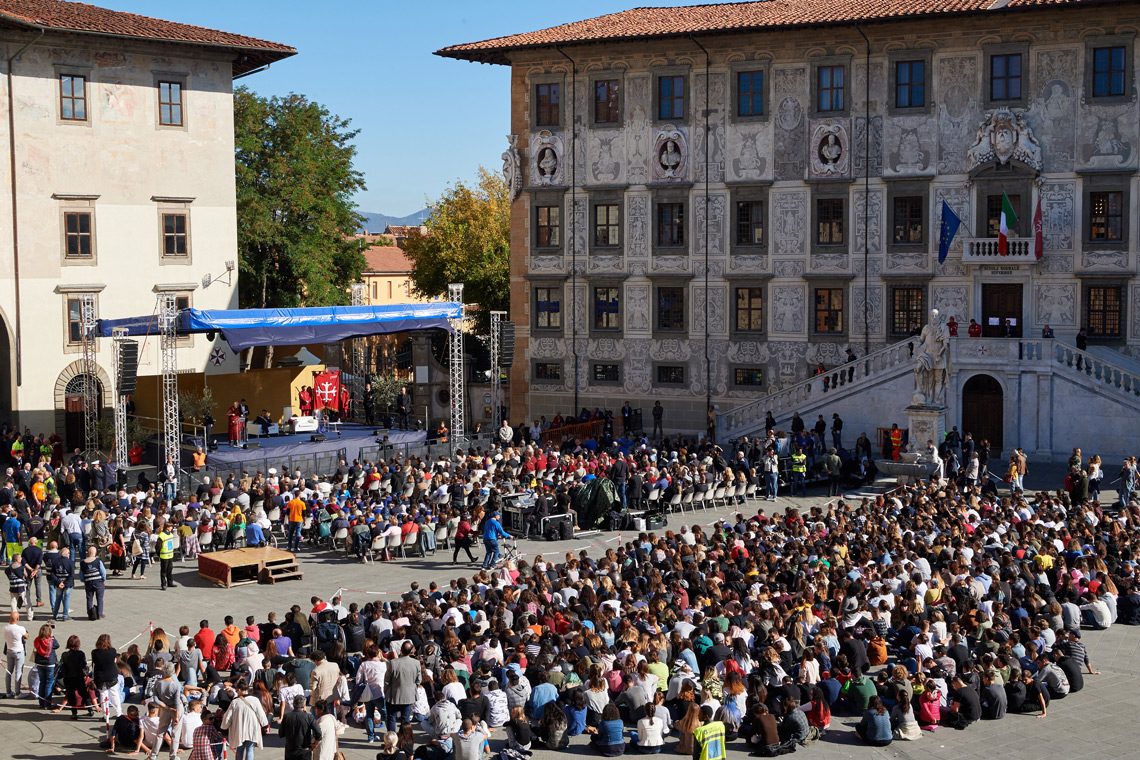 A view of the Piazza dei Cavalieri (Knight’s Square) in Pisa, Italy where 3700 people gathered to listen to His Holiness’ address on 20 September, 2017. Photo by Olivier Adam