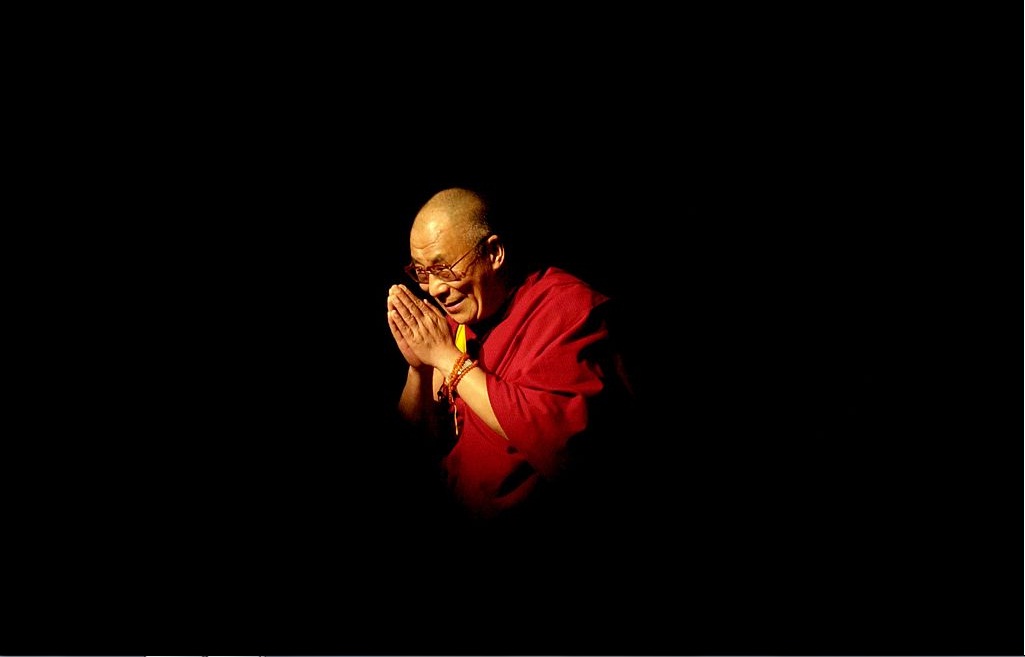 Nobel Laureate and exiled spiritual leader of Tibet, His Holiness the 14th Dalai Lama, appears at the University of California Los Angeles (UCLA) to give a public teaching May 26, 2001 in Los Angeles, CA. Declared at age three to be the 14th reincarnated Dalai Lama, he has lived in exile since China took over his homeland five decades ago. (Photo by David McNew/Getty Images)

Dharamshala: Over the Years China has maneuvered denigrating language to refer to His Holiness the Dalai Lama aiming to create a dent or diminish His Holiness’ stature worldwide. They seem to be failing in that respect, as His Holiness’ commitments based on non-violence and oneness of humanity has only grown in the wake of Chinese slander.

After the conclusion of the 19th National Congress of the Communist party of China, Xi Jinping – the sole legitimate interpreter of Chinese Marxism for the “new era” laid out his plans and vision of achieving the “Chinese dream” with all-round “national rejuvenation”.

In the historic communist party meeting that Xi opened in Beijing, where he spoke for three hours and twenty three minutes, he promised to eradicate poverty by 2020, making China a beacon of hope for poverty -dogged third world nations, committing to a beautiful China with clean environment, hi-tech companies and responsive government and many more.

However, these visions – as righteous as it seems- overshadows the fact that China’s unstoppable rise in power comes from the exploitation of Tibet, currency manipulation, technological theft and worldwide demand for their cheap products and cheap labour.

After the conclusion of the 19th National congress of the CCP, China warned world leaders and politicians on the consequences they would face if they meet with or act as hosts to His Holiness the Dalai Lama – another step taken by the Chinese to alienate the Tibetan spiritual leader.

But despite intense pressure by the Chinese, nations have stood their ground. Nations like Botswana, stood firm against numerous warnings relayed by the Chinese, regarding their decision to host His Holiness the Dalai Lama.

According to Reuters, Zhang Yijiong, the head of the Communist Party’s Tibet working group, said “I want to make it clear that the 14th Dalai Lama, the living Buddha handed down by history is a political figure under the cloak of religion.”

“For decades, the group with 14th Dalai Lama as the leader never stopped to achieve that political agenda.” Without naming India, Yijiong added that the Dalai Lama fled to the “other country” in 1959 “betraying his motherland and setup his so called government in exile”.

“Officials, in their capacity as officials, attending all foreign-related activities represent their governments. So I hope governments around the world speak and act with caution and give full consideration their friendship with China and their respect for China’s sovereignty,” Zhang added.

Xi Jinping’s tenure has already seen a new Beijing assertiveness on issues such as sovereignty over land and sea, and an insistence on total control over what he sees as Chinese territory — including Hong Kong and Taiwan.

He said that they would never allow anyone any group or any political party to separate any part of Chinese territory from China, drawing a loud applause from the party delegates. “Blood is thicker than water”, he said.

Xi in his three hours twenty minutes speech said, “The very purpose of developing socialist democracy is to give full expression to the will of the people, protect their rights and interests, spark their creativity, and provide systemic and institutional guarantees to ensure the people run the country”.

“Yet China’s apparent confidence cannot mask a deep paranoia at the root of its political system, and deep fear of ordinary Chinese people actually being allowed to express an opinion”, said Washington Post writer, Simon Denyer.

“Dissidents were jailed or railroaded out of town ahead of the Party Congress, censorship of the Internet dramatically intensified and ordinary public gatherings cancelled or postponed”, he added.

Xi has cracked down hard on human rights activists, NGOs and dissidents that are against the CCP. These groups expect things to get even worse.

This regime “can do anything with impunity,” says Sharon Hom, executive director of Human Rights in China. With the Communist Party’s pronouncements, “there’s not a lot of space for independent voices,” she says.

Xi also promised to do away with “Shuanggui”, the brutal interrogation and torture technique reserved for party officials but torture, arbitrary arrest and imprisonment, and government surveillance are commonplace.

In most parts of Tibet, religious figures are the primary focus of Chinese severe repression. Human Rights organizations around the world that have investigated the situation agree that freedom of religion is nonexistent in Tibet.

Tenzin Kunga is a Tibet Corps intern working for Tibet.net desk at DIIR