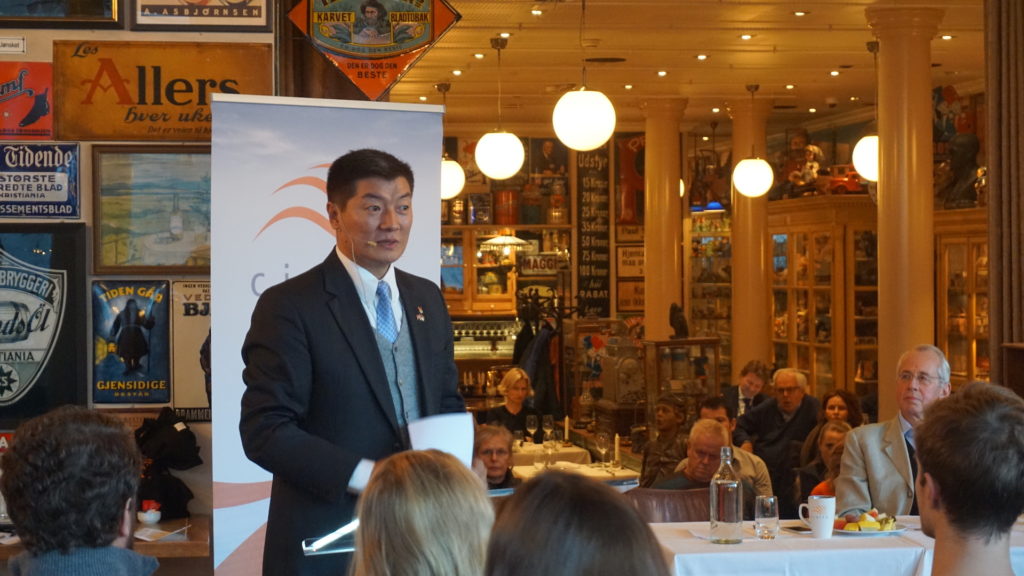 The meeting discussed how China, while remaining undemocratic, has experienced an unprecedented economic growth and reduction in extreme poverty, and how the rise of China will influence liberal values which play a key role in contemporary international system.

President Dr Sangay spoke about how Xi Jinping’s new era aims for expansion not just through the Belt and Road Initiative but also in the international frontiers based on the so-called “Socialism with Chinese Characteristics”.

“What does it mean?” Dr Sangay asked, explaining that it essentially means “no liberal democracy, no human rights, no environmental rights and no freedom of speech.”

“China’s main focus is on economic growth based on socialism and one party rule. That’s what they are bringing to the table and that’s the choice you have. You either accept the choice and be like them or push back and make them become like you,” he said.

He stated the Chinese are putting much pressure on economic interests hence when countries have to choose between money and moral interests they chose money. He said that when countries give priority to money and compromise with their morals, China would say, “we are winning”.

“Silence is complicit. If some tragedy is unfolding in the streets, if you don’t speak then you’re tolerating and accepting the tragedy because you allowed the tragedy to happen in front of you. Now what is happening in Tibet is something you can speak about. Should you transform China or should China transform you is the reality,” he said.

President Dr Sangay affirmed that one reason why the Tibet issue is ignored these days because people want to talk about money. He stated that the choice was very clear.

“The issue of human rights is not just about six million Tibetan people but also about you; your conscience, values, principles and constitution,” he said.

Dr Sangay stated that Tibet isn’t just an issue of human rights but also a major international issue pertaining to the environment. Tibet being the water tower of Asia is a source of water resources that feed over 1.4 billion people. President Dr Sangay explained how the climatic conditions elsewhere on the earth is determined by the temperatures and the melting of glaciers on the Tibetan plateau which exacerbates global warming.

The breakfast meeting held at Café Christiania was organised by Civita – a liberal think tank dedicated to explore and strengthen the understanding and support of liberal ideas, institutions and policies to promote a society constituted on the principles of individual liberty and personal responsibility. 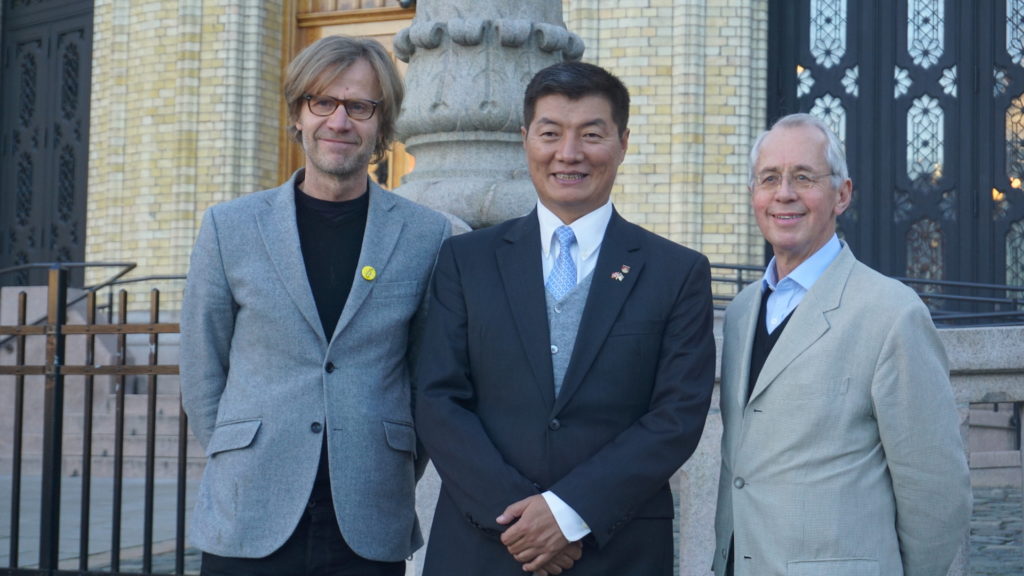 The three panelists at the breakfast meeting organised by Civita. 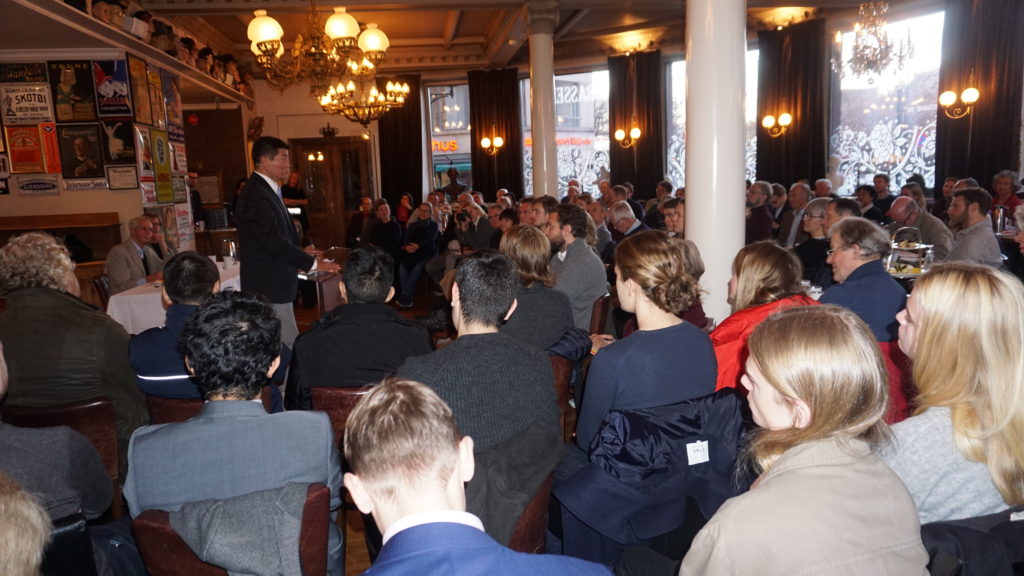