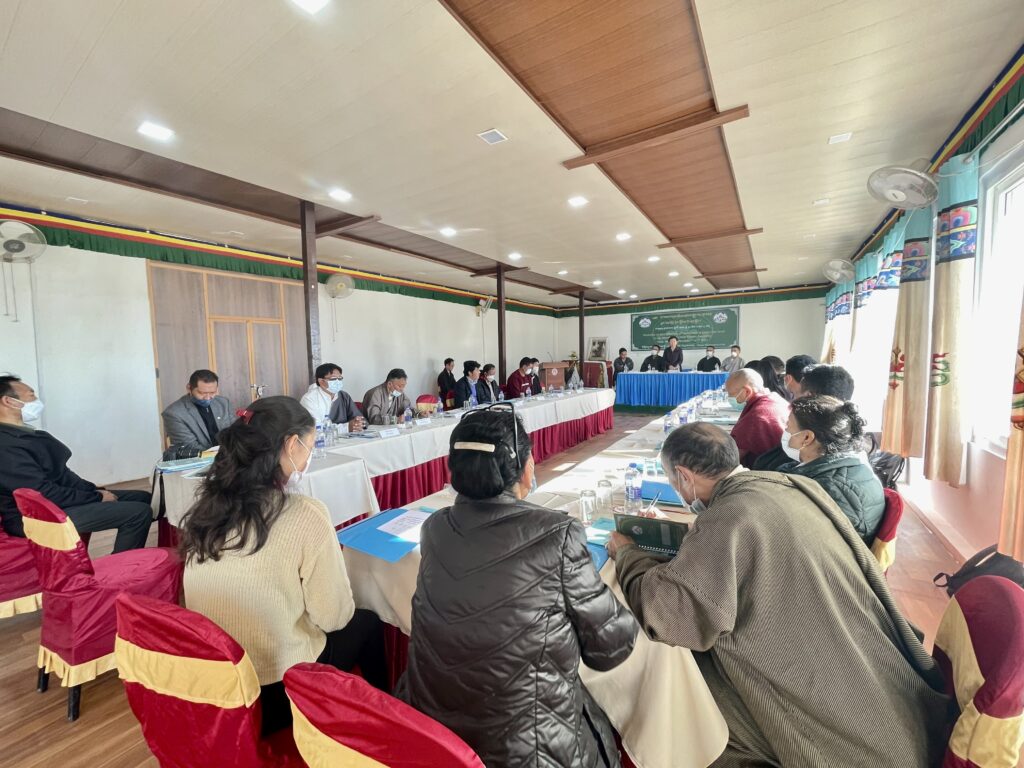 Dharamsala: A five-day workshop on strengthening democracy at grass root level to the members of Dharamsala Local Tibetan Assembly organised by the Tibetan Parliament-in-Exile from 1-5 November, 2021 at Hotel Tibet, Mcleodganj, commenced today.

The workshop started with registration of the participants of the workshop at 8:30 am today, and with a brief inaugural function thereafter. It was attended by the Deputy Speaker Dolma Tsering, Parliamentarian Serta Tsultrim, Settlement Officer Kunga Tsering, LTA Chairman Dawa Tsering, President Samten Lhundup of the Regional Tibetan Freedom Movement and participants. The opening ceremony of the workshop initiated with the Settlement Officer’s welcome speech, followed by addresses from the Deputy Speaker, Parliamentarian Serta Tsultrim and Chairman Dawa Tsering of Local Tibetan Assembly.

The Deputy Speaker in her address, briefed the participants on the Tibetan Parliamentary Secretariat and its functioning. Speaking on the importance given on proper functioning of LTA to strengthen democracy at grassroots level while enacting the Charter, the Deputy Speaker reiterated on the perks of democracy bestowed upon the Tibetan people by His Holiness the Dalai Lama and at the same time reminded attendees of the responsibility that comes along with it.

While, Parliamentarian Serta Tsultrim shed some light on the aim and objective of organising the workshop and its significance. “In the democratisation process of Tibetan polity, Local Tibetan Assemblies were formed because of the sheer blessing and farsighted vision of His Holiness the Dalai Lama,” said the Parliamentarian.

LTA Chair Dawa Tsering expressed his appreciation on behalf of all the participants for organising the workshop and clarified the absence of few LTA members due to some unavoidable circumstances.

Participants introduced themselves and expressed their hopes of expanding their knowledge on the Tibetan Charter and the CTA’s rules and regulations and improving the proceedings of their Local Tibetan Assembly.

After that brief inaugural function, the first day of the workshop proceeded with Deputy Speaker elucidating on the Parliamentary Procedures, mandates & structures to be followed in the assembly while raising starred questions, passing resolutions, making calling attention motion, and tabling legislative amendment proposal. In order to keep the participants active during the workshop, the Deputy Speaker asked questions between the lessons and corrected if there was any confusion.

The second day of the workshop will continue tomorrow with the Parliamentarian Serta Tsultrim imparting details of the rules and regulations pertaining to various account heads and budgets as enshrined in the Charter of exiled Tibetans, viz., Recurring Budget, Special Recurring Budget and the Surkyol Budget. The rest of the day will be then left open for an interactive question-answer session between the participants and the resource persons. 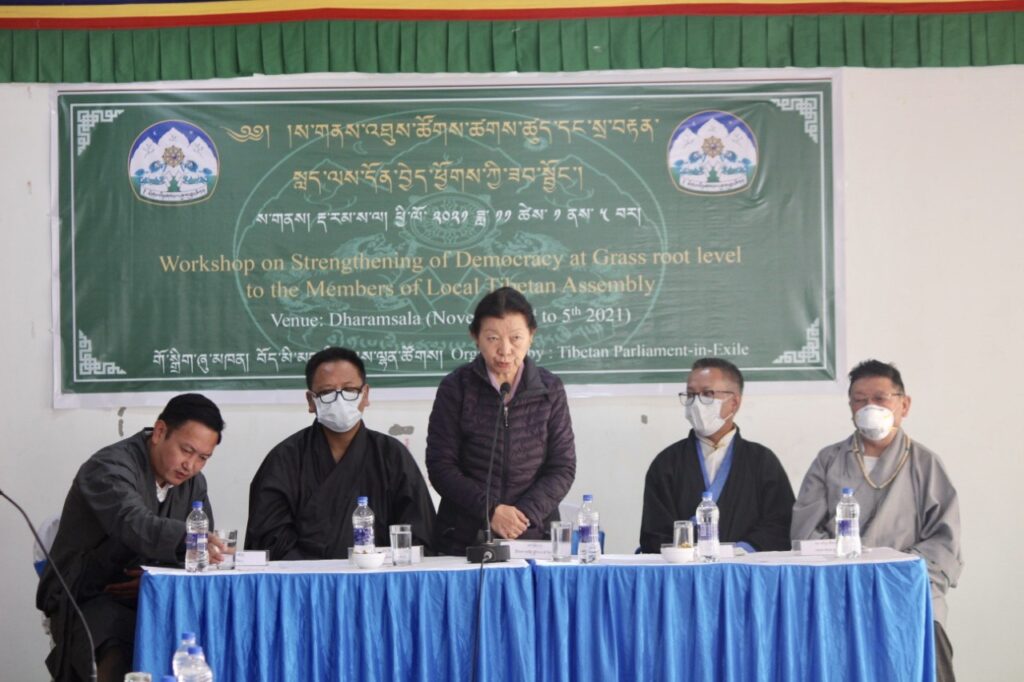 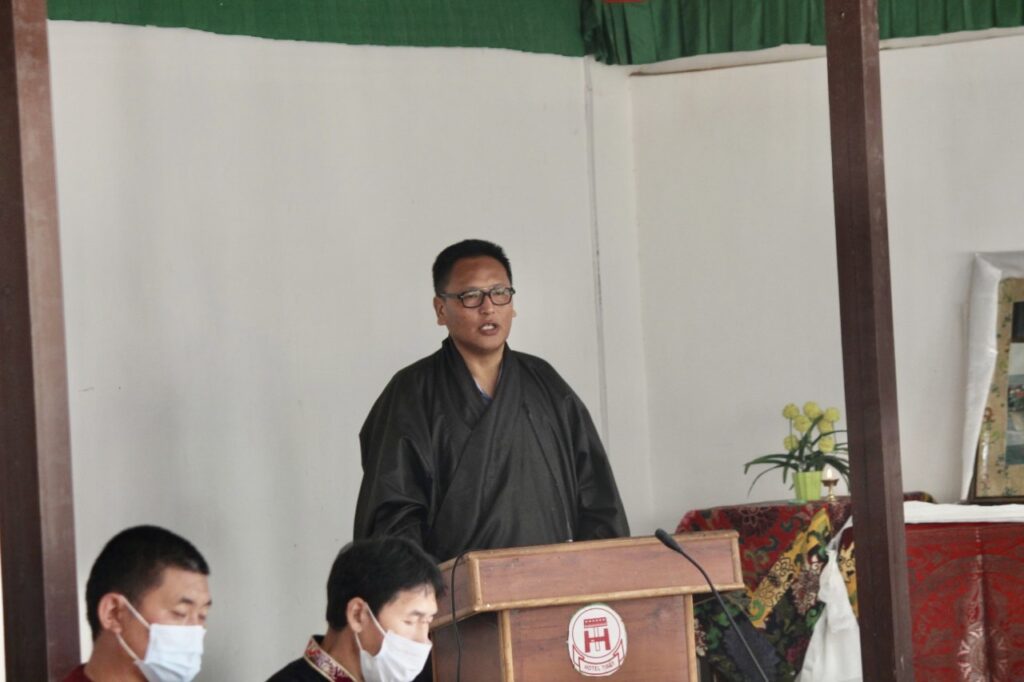 Parliamentarian Serta Tsultrim speaking about the objectives of the workshop 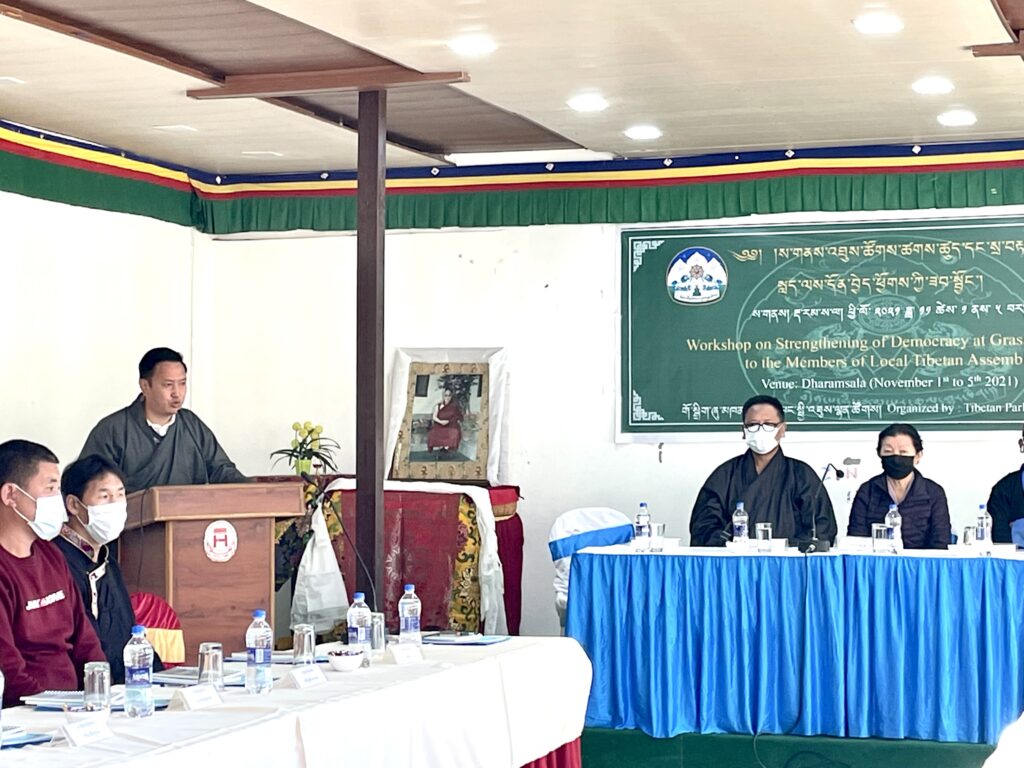