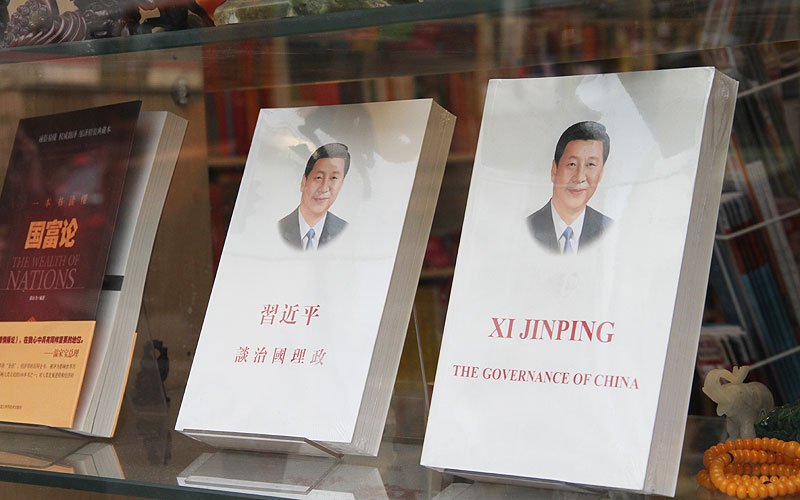 China has long been a nation that runs on propaganda. Propaganda, as a form of persuading people’s attitudes, beliefs and behavior in China, can be tracked back to over millennia. Even during the Chinese civil war, propaganda played a key role first in overthrowing the dynastic rule of the last Qing Emperor and then in toppling the nationalist government.

In recent times under the current President Xi Jinping, propaganda has gained fresh currency and salience. Following the abolition of the presidential term limit, Xi Jinping has relied on a massive propaganda campaign of his now infamous ‘Xi Jinping thought’ to perpetuate the personality cult around himself and to legitimize the constitutional amendment to make himself ‘President for life’.

As part of the effort, the Chinese government has published numerous books and literature on Xi Jinping and his ideology to make the constitutional amendment palatable to its citizens.

In their latest endeavor, the propaganda department of the Chinese government has proposed plans to translate Xi Jinping’s book ‘Xi Jinping: The Governance of China’ Volume II into Tibetan, Mongolian, Uyghur, Kazakh, and Korean in a bid to find wider readership among its ethnic minorities. The official narrative is that the translation work is being undertaken to meet the eager expectations of party members, cadres and people in these ethnic minority regions.

However, its clear that this is another social engineering attempt by the Chinese government to inscribe the official narrative of the Chinese communist party, now known as Xi Jinping thought, into the minds of the targeted minorities.

The people in these minority regions have been living under strict restrictions on every aspect of life, from religious freedom and human rights to language degradation and cultural assimilation. Amid such a scenario, the emphasis and the importance attached to such propaganda work by the CCP is self defeating and painfully shortsighted.

It is yet another confirmation that China is not committed to making any serious attempt to understand the aspirations of ethnic minorities. The CCP is hell bent on coercing the minorities to express allegiance to the party.

In the case of Tibet, such desperate measures to enforce expressions of loyalty to Chinese leadership is also a testament to the fact that despite over 60 years of Chinese rule in Tibet, it has effectively failed to assimilate Tibetans into Chinese. The conqueror’s dilemma of conquered subjects, who refuses to identify with their conquerors, continues in Tibet and other occupied territories of China.

China should make genuine efforts to address the legitimate and genuine grievances of the Tibetan people and other minorities rather than imposing official narratives into their minds to fulfill its shortsighted political goals. Such schematic and shallow efforts will not find its footing and likewise Xi Jinping’s book will not find readers among China’s Ethnic Minorities.